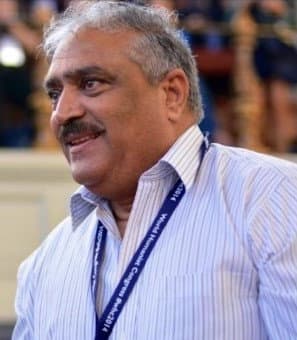 Pakistani human rights defender Professor Muhammad Ismail, aged 69, is a prominent member of Pakistani civil society and the focal person for the Pakistan NGOs Forum (PNF), an umbrella body of civil society organisations (CSOs) in Pakistan. Since July 2019, Muhammad Ismail and his family have faced systematic harassment and intimidation from the security forces. Muhammad Ismail is currently in detention on trumped-up charges.

The cases brought against Muhammad Ismail and his family appear to be in retaliation for the work of his daughter, award winning women’s rights activist Gulalai Ismail. She has faced harassment and persecution from the authorities for her peaceful advocacy for women’s rights and her efforts to end violations against the ethnic Pashtun people of Pakistan. She was forced to flee Pakistan due to concerns for her safety.

22-23 May 2019: First Information Reports (FIRs) were lodged by police against Gulalai Ismail, daughter of Muhammad Ismail, charging her with defamation, sedition and charges under Section 6/7 of Pakistan’s Anti-Terrorism Act, for a speech she made condemning authorities’ inaction in a case of rape and murder of a 10-year-old girl.

24 May 2019: At dawn, the police raided Gulalai Ismail’s family home in Islamabad and threatened her family members. The family’s residence was again raided on 27 May and 4 June 2019.

4 July 2019: A large group of men in civilian clothes raided Gulalai Ismail’s house in Islamabad three times and threatened to harm Ms. Ismail’s younger sister if the former did not cease her work as an activist. Security forces also took away the family’s driver and interrogated him. Under interrogation, the driver was subjected to physical ill-treatment and threatened that his children would be killed. The driver was released eight hours later.

12 July 2019: A FIR was lodged against Gulalai Ismail and her parents, Professor Mohammed Ismail and his wife Uzlifat Ismail, accusing them on trumped-up charges of taking funding from “foreign countries”, aiding “terrorist organisations,” and working for them under the guise of their social work.

September 2019: Gulalai Ismail was forced to flee the country.

17-18 October 2019: Armed police officers – some in police uniform, and some in plain clothes with their faces hidden - knocked at Muhammad Ismail’s house and asked for him. He refused to come, and police officers remained outside the house for an hour.

18 October 2019: Uzlifat Ismail was put on the Exit Control List (ECL) on recommendation by the security agencies. This means that she is not able to leave the country and unable to renew her passport. The ECL Notification was only sent to Uzlifat Ismail by the Interior Ministry on 22 January 2020.

24-25 October 2019: On the day Muhammad Ismail was due to appear for the hearing, he was abducted by unidentified men outside the court. His whereabouts was only discovered later that night by local civil society activists, who informed his family that he had been found in custody of the Cyber Crime Wing of the Federal Investigation Agency in Peshawar. The official confirmation of his arrest came on 25 October, when he was produced at a special court of Peshawar and charged with hate speech and spreading “fake information” against the government’s institutions under the draconian Pakistan’s Electronic Crimes Act for posts he has uploaded on his personal social media pages. On 4 November 2019 Muhammad Ismail was denied bail.

26 November 2019: Muhammad Ismail was released on bail after spending 33 days in detention.

2 July 2020: The Anti-Terrorism Court (ATC) in Peshawar acquits Gulalai Ismail and her parents, Muhammad Ismail and Uzlifat Ismail, of charges related to financial terrorism. The Prosecutor was not able to submit any evidence related to the charges filed against them.

13 August 2020: The Federal Investigating Agency sent a letter to Gulalai Ismail’s parents’ home in Islamabad asking her to appear before the FIA Cybercrime Reporting Centre in Islamabad for an investigation into a complaint registered against her.

1 September 2020: Muhammad Ismail and Uzlifat Ismail received ten letters from the Federal Board of Revenue (FBR) on 1 September 2020, asking them to file taxes for the past six years before 31 August 2020 or face action. This was their first communication from the FBR, but the deadline given for compliance was 5 August – the previous month. Neither had been earning taxable income for several years.

30 September 2020: The Anti-terrorism court in Peshawar brought new charges against Muhammad Ismail, Uzlifat Ismail and Gulalai Ismail under Sections 11-N, 124-A, 120-B of the Pakistan Penal Code, which relate to sedition and criminal conspiracy, and 7(g)(i) of the Anti-terrorism Act of 1997.

October - November 2020: During the pandemic Muhammad Ismail and his wife had to attend frequent hearings at the courts, many of which were routinely postponed on the day. Both were infected by COVID-19.

2 February 2021: Muhammad Ismail was arrested when his interim pre-arrest bail was cancelled at his bail confirmation hearing at an Anti-Terrorism Court in Peshawar. He is currently being detained at the Peshawar central jail in inhumane conditions. According to his family, his already ailing health has further deteriorated.

4 February 2021: Muhammad Ismail was taken bound in chains to his family home in Marghuz village, Swabi District by the Counter-Terrorism police who searched his family home, confiscating mobile phones. According to credible sources the police brought with them documents that were planted during the raid. The police also raided the homes of Muhammed Ismail’s relatives. He was then taken back to jail.

24 February 2021: The validity of police evidence used to detain Muhammad Ismail was questioned by Pakistan National Assembly’s Human Rights Committee during a meeting. The committee found the answers given by the officer in the case were unsatisfactory and said due diligence was not carried out while framing the charges. The committee concluded that the handling of the case has “brought disrepute to the Police department”.

8 March 2021: Bail hearings began in the Peshawar High Court, but two further hearing dates set for 15 and 26 March were postponed as the judge was absent. The next court date is fixed for 5 April 2021.

15 April 2021: Muhammad Ismail is released from detention, three days after his bail application was granted.

24 April 2021: Two application were filed in the Peshawar High Court challenging the formal charges and requested that the case be transferred to another judge due to bias.

27 April 2021: The judge confiscated the passport of Ismail and wife which contained his US visa

2 July 2021: The Chief Justice Peshawar High Court heard the application requesting the transfer of Ismail’s case from the Judge of Anti-Terrorism Court No. 1 Peshawar to any other judge. The Chief Justice did not accept the plea but said that he will write to the judge to address the concerns.

August – September 2021: Trial ongoing. His lawyer has been denied cross-examining witnesses and faced constant interruption from the state prosecutors. The judge has also failed to intervene when such incidents occurred. Witnesses have also said they were harassed by the police to provide false statements in court.

1 October 2021: The United Nations Working Group on Arbitrary Detention found the arrest and detention of Muhammad Ismail arbitrary and calls on the Pakistan authorities to immediately and unconditionally put an end to all acts of harassment against Muhammad Ismail and his family. The UN Working Group, concluded that Muhammad Ismail was targeted for his human rights work and that his detention was in contravention of international human rights standards, particularly the Universal Human Rights Declaration (UDHR) and the International Covenant on Civil and Political Rights (ICCPR), of which Pakistan is a state party.

October - December 2021: Hearings continue at the Anti Terrorism Court 1 in Peshawar on his case. According to information recieved there were instances when the prosecution lawyer or prosecution witnesses did no turn up, witness statements not recorded or last minute adjournments requested by the prosecution. The human rights group, Human Rights Commission of Pakistan (HRCP) raised concerns that the ongoing trial on fabricated charges of sedition and terrorism continues to be marked by failure to ensure due process.

January – October 2022:  The judicial harassment of Muhamad Ismail continued in 2022 with frequent adjournments of his trial and the failure of inquiry officers and state witnesses to turn up in court. This has cause tremendous hardship to Muhammad Ismail as the courts are located 120 kilometres from his residence. Further, there are concerns that the prosecution has denied the defence lawyer to cross examine witnesses or to stop the state lawyers from dictating answers to witnesses.

November 2022:  On 28 November, Muhamad Ismail recieved a call from the Federal Investigation Agency informing him that the 2019 allegations against him for hate speech and spreading “fake information” against the government’s institutions under the draconian Pakistan’s Electronic Crimes Act had been revived and he has to attend the Cyber Crimes Court in Peshawar on 15 December 2022. He is at risk of arrest if he does not appear in court.

January 2023:  On 4 January 2023, the government brought new fabricated charges against Muhamad Ismail under section 9 (glorification of an offence), section 10 (cyber terrorism) and section 11 (hate speech) of the Prevention of Electronic Crimes Act, 2016. Further, on 5 January, he made his 163th appearance in the Anti Terrorism Court 1 in Peshawar around the terrorism charges he has been accused of.

Pakistan is rated 'Repressed' by the CIVICUS Monitor.

Arabic We, the undersigned organisations, urge the authorities of the United Arab Emirates (UAE)...