Hong Kong: Police must drop order against human rights group to shut down its website 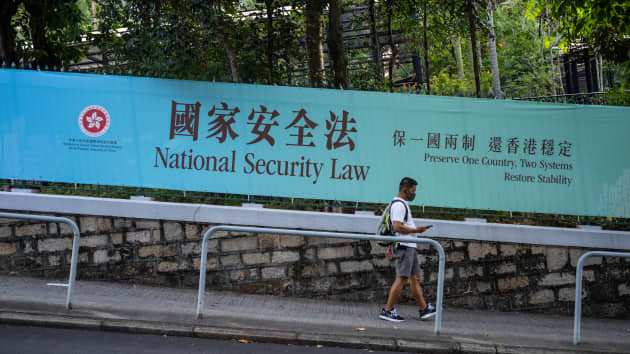 CIVICUS, the global civil society alliance, is disturbed by a formal letter issued by the Hong police to UK-based human rights group, Hong Kong Watch, to shut down its website for allegedly violating a national security law.

This action adds to a long list of intimidation and judicial harassment cases against human rights and civil society organisations and activists speaking up on Hong Kong.

The letter from the police addressed to Benedict Rogers, Hong Kong Watch’s Chief Executive, accused the organisation of interfering in the affairs of the Hong Kong Special Administrative Region. It also accused Hong Kong Watch of jeopardising the national security of the People’s Republic of China by lobbying for sanctions and a blockade and influencing policy-making processes in the country. The letter accuses Hong Kong Watch of violating Article 29 of the National Security Law (NSL), which criminalises collusion with foreign forces to endanger national security. It warned that Hong Kong Watch could face a fine of HK$100,000 (USD 12,789), or its Chief Executive could face three years in jail for the offence.

“We stand in solidarity with Hong Kong Watch and other civil society groups who are facing various forms of reprisals for speaking about the worsening human rights situation in Hong Kong. We call on the government of Hong Kong to drop this absurd order against the organisation and respect their rights to freedom of expression and association,” said David Kode, Advocacy and Campaigns Lead of CIVICUS.

The CIVICUS Monitor has documented how the Beijing-imposed security law in 2020, which criminalises secession, subversion, terrorism, and collusion with “foreign forces”, has been used to target activists, human rights groups, and democratic movements in Hong Kong.

Since the law was passed, around 50 civil-society organisations have been forced to close. They include Amnesty International, the Civil Human Rights Front (CHRF), and the Hong Kong Confederation of Trade Unions (HKCTU). The NSL has also been deployed to restrict independent media outlets, leading to its forced closure and criminalisation of some of their founders and staff - including the Citizen News, Stand News and Apple Daily. Scores of activists and critics have also been charged under the law.

The threat of criminalisation against Hong Kong Watch exemplifies how civic space and fundamental freedoms in Hong Kong are shrinking unprecedentedly. It also highlights how the authorities are willing to target dissenters, both residing inside and outside its territory, who dare to speak the truth about the deteriorating state of human rights and democracy in Hong Kong.

“As the repression increases in Hong Kong, the international community must continue to stand by activists and civil society groups like Hong Kong Watch who expose abuses of fundamental freedoms in the territory. We continue to urge the Hong Kong government to release all activists detained, repeal restrictive legislation, especially the National Security Law and create a safe and secure environment for civil society to do its work, without fear of reprisals”, David Kode said.

The civic space in Hong Kong is rated Repressed by the CIVICUS Monitor.

Seven human rights organisations expressed concerns about the deteriorating health of the activist...