Maldives: Police should scrap plan to use taser guns 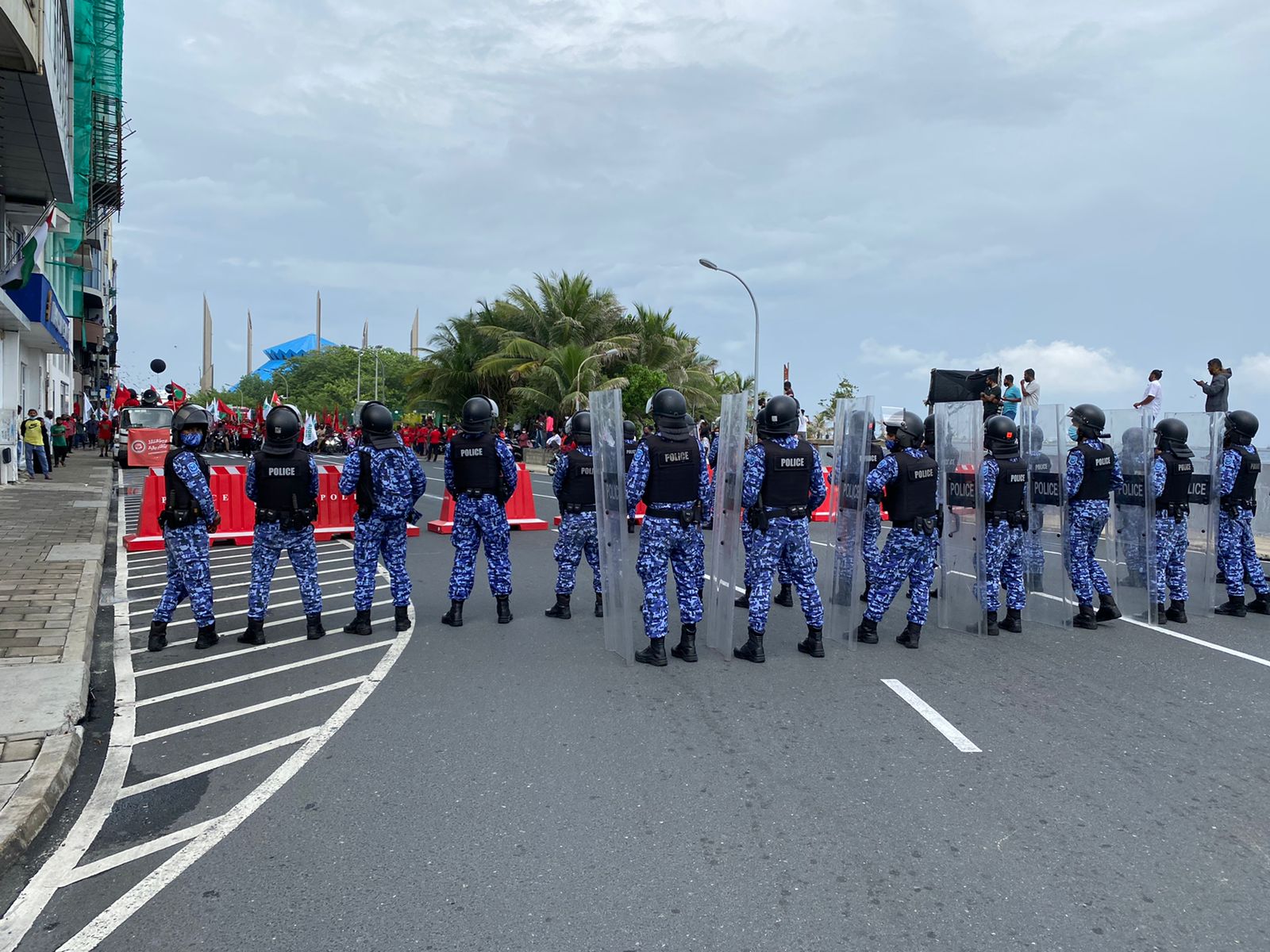 We, the undersigned organisations, call on the government of the Maldives to immediately halt preparations for the Maldives Police Service (MPS) to be issued Taser guns or any other form of conductive energy devices (CEDs). The Maldives Police Service has a long history of impunity for police brutality and torture, and has ignored recommendations from the United Nations Committee against Torture and civil society groups to carry out reforms to curb police abuse. Following her visit to the Maldives in 2019, the UN Special Rapporteur on Torture and Other Cruel, Inhuman or Degrading Treatment or Punishment made specific recommendations towards ending impunity for torture and police brutality.

The Maldives Police Service has confirmed preparations to begin using Taser guns in their operations from this year. The Commissioner of Police Mohamed Hameed informed the media on November 16, 2022, that the police will be allowed to use the Taser 7. The Commissioner of Police went on to claim that Taser guns are “safer” than batons and pepper spray, which have been used extensively in the Maldives for decades.

We observe with great concern that no consultation with civil society or the general public has been held with regard to adding CEDs to the normative police use of less lethal weapons in the Maldives. We condemn misinformation by the Spokesperson of Police, Chief Superintendent Yoonus Sabah, that he has “not been aware of a majority of public raising concern over the use of Taser guns by the police” in the Maldives. Information provided to the media by the MPS refers to a regulation on the use of CEDs which remain a confidential document, denying civil society or the public the ability to scrutinise the use of the device.

We call on the Commissioner of Police to retract vague and misleading statements given to the media by the police Spokesperson with regard to the controversial safety record of Taser guns, highlighting the fact that inconclusive claims should not be used to promote a weapon termed less lethal as opposed to non-lethal for the very fact that it cannot guarantee the prevention of a death.

The Maldives Police Service has claimed that CEDs will not be used against those exercising peaceful assembly under the Right to Peaceful Assembly Act of the Maldives. We remind the Maldives government that the Right to Peaceful Assembly Act of the Maldives remains inconsistent with the Constitution of the Maldives, which makes it impossible to hold a “lawful” assembly in the capital region of the country. This opens the space for the police to use CEDs against those participating in peaceful assemblies that the police deem unlawful. We call on the Maldives Police Service to conduct thorough and transparent public consultations on the regulations intended to ensure the safe and accountable use of CEDs.

In light of pending investigations against police personnel alleged of police brutality resulting in severe torture, physical and mental injuries, and death of protestors and detainees, we call on the Speaker of Parliament to initiate a thorough evaluation of the police use of CEDs in their operations.

CIVICUS speaks about the situation of women’s rights in Maldives with Safaath Ahmed Zahir, founder and...

The undersigned 10 organizations call on the government of Maldives to repeal or amend the deeply...