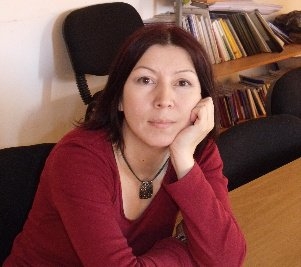 Dinara Oshurahunova, of the NGO Coalition for Democracy and Civil Society, speaks with CIVICUS on recently failed attempts in Kyrgyzstan to pass a foreign agents law and the civil society environment in the country

1. Could you tell us more about the draft Foreign Agents Law that was rejected by Parliament on May 12 in its final reading?

NGOs are obliged to publish the following information on their own websites and a state-managed website: sources of funding, a detailed annual budget and a list of staff members of the organisation. Similar requirements were adopted in Russia in 2008, and this has led to state media using the information to report negatively on NGOs, accusing them of receiving large amounts of money without achieving impact or clarity on how it is spent.

2. Can you describe the current environment for civil society in Kyrgyzstan?

The public image of NGOs has worsened. The pro-Russian media publications are constantly engaging in attempts to discredit NGO’s and human rights activists. Public authorities are increasingly less willing to interact with national and international NGOs. The negative image of civil society, which is also largely stimulated by the media, leads to less engagement with civil society, and a decrease in willingness by ordinary people to volunteer for NGOs.

Up to now, there are no legal restrictions regarding the formation and registration of NGOs. Previously in 2015 there were attempts to limit civic space, such as a draft law that would ban unregistered CSOs. All these attempts were rejected by the Parliament.

3. How did CSOs advocate against the draft law?

CSOs headed an advocacy campaign, including meeting members of parliament, sending letters, and appeals among other advocacy activities. Additionally the campaign aimed at informing the public on the role of NGOs, the number of people employed in the sector, the amount of people benefitting from the activities of NGOs, and the sector’s contribution to the state budget. CSOs also analysed the draft law, worked together with international partners, gave interviews to the media about why the draft law is unacceptable. After the adoption of the draft law in its second reading on 14 April 2016, NGOs continued to work further in this direction.

Our organisation, NGO Coalition for Democracy and Civil Society, is part of the advocacy campaign with other CSOs.

4. Which advocacy activity do you consider to have been the major reason for success in getting the draft law rejected?

I would say that the key factor driving the success was probably the solidarity of civil society organizations and activists, besides the belief that the parliamentary democracy in Kyrgyzstan cannot afford to pass anti-democratic and discriminatory initiatives. Additionally civil society used all the advocacy tools at its disposal: from campaigns to appeals, setting up numerous meetings conversations and debates. The campaign was conducted for over a year, and no one considered during that time to stop and lay down their arms.

5. What were the challenges you faced in your advocacy campaigns as CSOs?

A challenge was the lack of feedback or unwillingness of government officials to meet with NGOs to discuss our demands regarding the draft law. Additionally, some media wrote negative articles about our attempts to prevent the adoption of the draft law and certain politicians and the head of state made negative statements concerning human rights defenders, all of which did not help us. Nevertheless, civil society decided to continue to work on the advocacy: meetings with Members of Parliament, writing letters, making appeals etc. To counteract the discrediting of CSOs by certain politicians and media, we created a brief with information on the sector, the NGO contribution to the state budget, the number of employees in the sector and success stories. We also organised a forum in which the business sector, the media and religious organisations were invited, to showcase the role and work of NGOs in the country. International organisations focused on the dangers of the draft law in official meetings, especially how the draft law would negatively affect the country's image if adopted.

6. What advice would you give for CSOs in other countries that face similar restrictions?

Do not give up and continue to work to convince citizens and politicians. Try all approaches, so you can say that you did everything you could, even if the fight is lost.