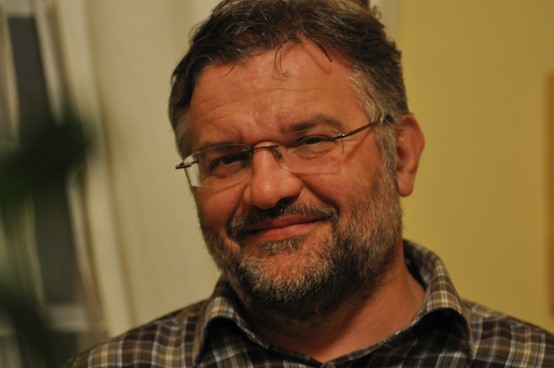 As part of our 2018 report on the theme of reimagining democracy, we are interviewing civil society activists and leaders about their work to promote democratic practices and principles, the challenges they encounter and the victories they score. Following Slovenia’s June 2018 election, which saw a party that stood on a nationalist, anti-migrant platform come first and a new party come second and go on to form a minority government, CIVICUS spoke to Albin Keuc, director of Slovenian Global Action (SLOGA). SLOGA is a Slovenian civil society platform that principally brings together civil society organisations working in the fields of development, global education and humanitarian aid.

1. What do you think was the story behind the June 2018 elections? Do you think the results point to some level of disaffection with conventional politics or indicate challenges for democracy?

The elections in Slovenia were fairly unspectacular from the point of view of the results, but quite striking in comparison with the election results in neighbouring countries, such as Austria, Croatia, Hungary and Italy. In those countries, elections have led to the instigation of more or less right and centre-right governments, in accordance with the authoritarian and populist political atmosphere in Central and Eastern Europe in particular. The Slovene political scenery has been quite consistent for the last decade, showing a persistent roughly 40 to 60 distribution of voters between the broad right and left camps, and with a declining turnout by voters, standing at around 51 per cent in 2018.

The lowest point of the campaign for civil society was a public call by a candidate of the right-wing Slovene Democratic Party (SDS) to cut off all public financial support to civil society organisations (CSOs). This brought a united reaction by CSOs and the media, forcing the candidate and party to make clarifications.

Although several parties approached the electorate with messages similar to those propagated by hard-line Hungarian President Viktor Orbán, mimicking these with a 'Slovenia First' approach, they were not rewarded: smaller parties stayed below the four per cent threshold needed to obtain a seat in parliament. However, the right-wing populist Slovene National Party (SNS) returned to parliament after a decade. SDS and New Slovenia (NSi), a centre-right party, gained better results than in previous elections, but they and no party came close to having a parliamentary majority. These three parties won 36 out of 90 seats. The other parties represented in the new parliament - the Marjan Šarec List (LMŠ), Modern Centre Party (SMC), Social Democrats (SD), The Left (Levica), Democratic Party of Pensioners of Slovenia (DeSUS) and Alenka Bratušek Party (SAB) - cover a range of centre-to-left perspectives along a spectrum from neoliberal to socialist ideas.

The current situation, with nine parties represented in parliament, indicates a further fragmentation of support for political parties and increased political rivalry that will affect the government's capacity for decision-making regarding future political, social and economic developments. There were clear demands made in the campaign of people asking for reforms at least of the national health system and the minimum wage, which will need a high level of consensus to be successful.

There are several existing fractures in Slovenian society that are behind the fragmented political reality. Culture wars arising from an unsuccessful national reconciliation process overshadow almost all public discussions and are hindering the ability of public debate to act as a democratic tool, causing political fatigue among the public. Another fracture is between what can be characterised as a neoliberal sell-everything approach and a statist keep-as-much-as-possible-in-government-hands approach, both of which imply public costs. A growing fracture can also be found in intensified intergenerational conflict arising from the demographic situation and the limited employment opportunities for young people, instilling additional social uncertainties throughout Slovene society.

2. And what were the eventual outcomes of the elections, and the prospects of the new government?

After two months of negotiations, Marjan Šarec from the LMŠ, a new centre-left party, was appointed as the new prime minister by parliament and charged with constructing a minority government out of the various centre-to-left parties listed above. He gained the support of those parties’ 52 members of parliament to become prime minister, along with the support of the two members elected to represent Slovenia’s Hungarian and Italian minorities, and one unknown rogue vote from a member of the one of the right-of-centre parties. We can expect a rocky governing period, as a minority government will have to negotiate every step in parliament while also having to govern. This will be the first minority government in the 27 years since Slovenia became independent from Yugoslavia.

Šarec is relatively young, with local political experience as a mayor of a small town for eight years, and with a background in entertainment and comedy. He first stepped onto the national political scene as a presidential candidate in 2017, losing to the incumbent president by only a few points. From a political point of view him and the LMŠ members of parliament are a big unknown, although some senior business people can be seen to be playing a role in LMŠ.

3. What are the likely impacts of the outcome of the election on Slovenia civil society, particularly civil society that promotes human rights and democratic freedoms?

CSOs in Slovenia are still underdeveloped. The number of people who work in CSOs is low compared to other European Union (EU) countries. We also face high dependency on public funding, which affects CSOs’ capacity to engage in advocacy and accountability activities. However, the previous government adopted Slovenia’s very first law on CSOs, which helped to set the scene and established a new budgetary support fund for CSOs.

There are also signs of illiberal practices and discourse being used by governmental officials, some media and organised interests. CSOs have been criticised by the nationalist and anti-communist parties from an ideological point of view and accused of being supportive of a post-communist elite. CSOs have been criticised and even threatened when exercising their watchdog role, for example, when employing their rights to participate in processes such as environmental impact assessments, required to establish new industrial facilities.

4. What actions has civil society taken to build support for human rights and social justice, and to combat extremism and political polarisation in Slovenia? And what new challenges have arisen for civil society?

In recent years, and especially during the time of the controversy over refugees and migrants in 2015 and 2016, we faced an explosion of hate speech throughout social networks. Slovene CSOs showed their resilience and ability to cooperate on different levels. But existing networks and platforms will need to strengthen their capacities to provide additional support in the form of fundraising, communication and outreach techniques for a digital era, and in membership building and understanding cognitive science and behavioural economics for CSOs.

In general, there is a need for the revitalisation of public intellectual life, which has been diminished and replaced by online social networks, and for rethinking and repositioning the role of the public media in reaching the public in the new digital era.

There has been an unprecedented change in communication and information exchange in the last decade, which has made a huge impact on our decision-making and our choices in everyday life. It has also had an impact on traditional civil society operations, leaving us with the key questions of how to respond to the politics of fear that create frightened citizens, how to adapt to the changed media reality, how to reach people that fall vulnerable to whatever fake news is being provided to them, and so on. All those changes have been global, having ‘glocal’ effects.

History teaches us that in times of social despair and fear people turn inwards to their social networks and communities, locally or nationally, with the consequences of narrow group loyalty and the exclusion of others. This is why the neo-conservative agenda entails practices of going after the credibility of CSOs (‘who pays you?’) and our legitimacy (‘who do you represent?’). This makes us think about the value of our personal credibility and legitimacy, and their importance for us and the communities we serve.

5. How can Slovenian civil society respond, and what support does it need to respond?

From the CSO point of view, strategic rethinking, cooperation and prioritisation is needed on the national and local levels to strengthen support for a liberal society based on respecting human rights, affirmative actions, tolerance, the rule of law and transparent and accountable government.

What we also need today is a ‘civil society of the world’new forms of cooperation among progressive activism on global scale. Think global, act local is a reality of today’s momentum. We have the communication tools available, and have on our side experience grounded in results and creativity.

There is a growing feeling that the attitudes of the public are changing towards having a less open, tolerant, inclusive and permissive mindset. Thus social research to understand the factors that are pushing people in that direction is surely needed if we are to understand the processes in play. With a goal of rethinking and recreating our methods and tools for making an impact, civil society needs to reach out to the academic community and vice versa to generate further insights into social changes, including those caused by the introduction of social media. One doesn’t have to be a rocket scientist to imagine the consequences if that sphere of freedom is already being commodified.

Civic space in Slovenia is rated as ‘open’ by the CIVICUS Monitor.

Get in touch with Slovenian Global Action through their website or Facebook page, or by writing to .

Women journalists, feminists, activists, and human rights defenders around the world are facing...

CIVICUS speaks about the recent right-wing shift in Slovenia with Brankica Petković, a researcher and...