TANZANIA: ‘Despite threats, we will not retreat from defending the rights of our communities’

CIVICUS speaks to Joseph Ole Parsambei, Executive Director of the Tanzania Pastoralist Community Forum (TPCF), about the threats faced by environmental, land and indigenous rights activists in Tanzania. TPCF is non-partisan, not-for-profit civil society organisation (CSO) that advances the rights of Tanzania’s pastoralist peoples - the Maasai, the Barbaig, the Akie, the Taturu and the Hadzabe.

What are the main challenges faced by land, pastoral and environmental rights activists and communities in Tanzania?

The human rights situation in Tanzania is bad, with democracy deteriorating due to the excessive power wielded by private interests that collide with the interest of the majority of Tanzanians. The situation is of regression in both civil and economic rights. It is characterised by the forced displacement of indigenous people from their villages alongside the restriction of the freedoms of association, expression and peaceful assembly – precisely the ones that they would use to resist the violation of their land rights that they are experiencing.

Based on my experiences and data collected during fieldwork in rural pastoralist areas, the main challenges faced by indigenous, land rights and environmental defenders include - but are not limited to – illegal arrest and torture. Many of us have been illegally arrested and detained for prolonged periods without bail or sent to court without any due process guarantees. This has happened on various instances in the Loliondo village over the years, and most recently in the first weeks of 2019. The District Commissioner’s office of the Ngorongoro District is mostly responsible for these arrests, since it controls the police and security forces at the district level.

Malicious prosecution is used to silence activists so they don’t speak up about the land rights of indigenous peoples and other communities. Whoever dares to speak about violated rights will face malicious prosecution instigated by powerful corporations - Loliondo, corporations with investments in tourism, notably the Otterlo Business Corporation (OBC), focused on hunting, and Thomson Safaris, which promotes wildlife viewing and photography. They are both behind the tortures suffered by activists in Loliondo.

Many activists, including myself, have been arrested and detained without accusation, or sued and maliciously prosecuted and sentenced. Some have been killed, such as traditional leader Ole Putaa, a front-line defender of the land rights of the Maasai people who was arrested by the police and eventually found dead in custody. His was just one prominent example among many cases of activists who have been shot dead or disappeared.

Another tactic used against activism is the de-registration of CSOs. In Loliondo, the activities of the Ngorongoro NGOs Network (NGONET) were suspended by the NGO Registry under pressure from OBC and government officials whose links with investors provide them with private gain. 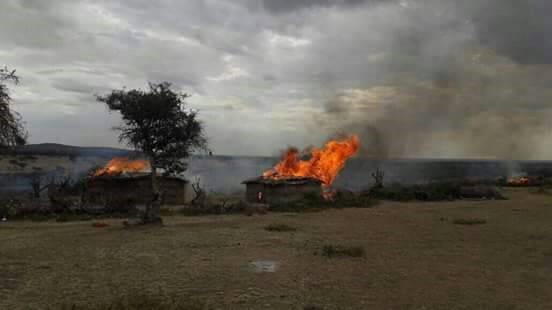 Can you tell us more about the threats that activists face in the Loliondo community?

Loliondo is in Ngorongoro District of Arusha Region in Northern Tanzania; it is the seat of the current District Commissioner for Ngorongoro. It is home to about 86,000 pastoralist Maasai, who occupy 98 per cent of the area. The area is also close to the Serengeti National Park, which was the original home of the Maasai people before the park was established. In fact, the creation of the park caused about 30,000 Pastoralist Maasai to lose their homes.

Whoever speaks up about land grabbing by OBC and Thomson Safaris, or about the land rights of the Maasai people in Loliondo more generally, is subjected to threats. This includes not just local grassroots activists but also others working with CSOs and people in political roles such as councilors – they are all under threat not to speak about this, so access to information in Loliondo has become very difficult.

Threats of serious physical injury or death by unknown individuals or even by the police, are often directed not just to the human rights defenders and whistleblowers, but also to their families. I often receive calls from unknown individuals who try to make a fake appointment, ask where I am and threaten that they will find me anywhere. NGONET Director Samuel Nangiria, in turn, has been threatened with harm against his wife.

Threats of confiscation of property such as livestock are also frequent. There have been cases of investment companies exercising influence over the government and National Park rangers to confiscate the livestock of highly influential traditional leaders, staff members of CSOs, pro-community politician, activists and other people who appeared or were believed by the OBC to be behind lobbying and advocacy for indigenous peoples’ rights.

Illegal arrests, prolonged detention, malicious prosecution and sentencing, and torture in custody are the most serious frequent tactics used to discourage activism. Many of us have been arrested and tortured, and some have been left disabled or disappeared altogether. It is difficult to estimate how many activists have disappeared, but we know there have been quite a few. There have also been several cases of malicious prosecution and sentencing on Loliondo. In one such case, TPCF recently defended Maanda Ngoitiko, founder of the Pastoral Women’s Council, and several others against makeshift accusations of serious offences such as espionage and economic crimes. We helped them win the case, which ignited hope among many activists in Loliondo.

How is civil society pushing back against these threats and restrictions?

Activist are worried about their security, especially after witnessing fellow activists being harassed, physically attacked and even murdered, and watching the suffering of the families of those who have been killed for their activism, such as Ole Putaa. This is intended as a deterrence, and it half works, as it has caused some to retreat in their work.

Most of us, however, have not and will retreat from defending the rights of our communities - activists will continue defending our peoples’ rights regardless of the repression and torture, and TPCF will continue monitoring human rights violations and assisting victims to seek justice.

We know very little about the efforts the government is making, if any, to address the threats and dangers that activists face. The government doesn’t see the work of activist as important; on the contrary, it views them as opposition and hate the fact that our work puts ugly things under the spotlight.

Tanzania lacks a protection mechanism and guarantees for activists to effectively access justice when their rights are breached. Given that lack of information and the absence of a proper protection mechanism is what is keeping Tanzanian activists, and particularly land rights, indigenous and environmental defenders, in harm’s way, the establishment of a protection mechanism, including real-time monitoring and a fast response system, is one of TPCF’s priorities.

In the meantime, we also continue to empower activists and equip them with tools to manage security threats in order to increase their chances of safety. Every time news reaches us of an activist’s arrest, we send our paralegals and lawyers to help them out. And are working with partners, particularly in the media and the local government, to tackle the problem of disappearances.

TPCF also works jointly with other CSOs and networks to lobby the government at every level. As a result of some of these efforts, in mid-2018 the Minister of Natural Resources and Tourism was removed from office. Similarly, on 15 January 2019 the president ordered the line ministries to stop pastoralist evictions, effective immediately.

How can the international community help?

There are quite a few things that international civil society could do to help. First, they could support us in doing a baseline survey among activists and CSOs to ascertain who is who, who is where, what each is doing, and what specifically is needed in every local context so activists can better do their work. It is very important to identify all activists around and help them build capacity, particularly to manage threats and avoid further damage

Second, they can continue to issue public statements to condemn human rights violations, making sure the government knows that the world is watching. I would also help if they sent direct communications to the government as well.

Third, they can offer Tanzanian activists a platform to amplify their voices, through documentation, research, publication and dissemination, along with contacts with international media so activists themselves can speak, without intermediaries, to a global audience.