SUDAN: Demands for political change are fuelled by brutal state response to protests 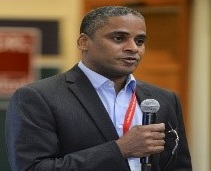 Following a year that was marked by the violent repression of any kind of opposition and dissent in Sudan, a situation that has continued unchanged into 2019, CIVICUS speaks to Abdel-Rahman El Mahdi, a civil society activist and founder of the Sudanese Development Initiative (SUDIA). SUDIA is a civil society organisation that works toward stability, development and good governance in Sudan. With over 20 years of experience in international development, Abdel-Rahman specialises in organisational management and programming, with a thematic expertise extending to peacebuilding and human security, and civic engagement and democratic transformation.

What is driving the current wave of protests in Sudan?

The current wave of protests was initially sparked by the rising cost of living and the increasing difficulties the Sudanese people are facing in meeting their basic needs. Poor economic and fiscal policy coupled with unbridled corruption had led to record high inflation rates, widening poverty and causing critical shortages in basic commodities and services. Shortages of fuel and bread across the country had people standing in long queues for hours to get these basic living commodities. A chronic liquidity crisis where banks and ATMs were only dispensing up to 2,000 Sudanese pounds a day (approximately US$40) to account holders was also making things worse and fuelling a lack of confidence in the banking system and the overall situation of the country.

The peaceful demonstrations that started in the capital, Khartoum, in December 2018 quickly spread across Sudan. Throughout major cities people came out in their hundreds calling for reforms and demanding immediate solutions to address the crisis that was bringing the country to the brink of collapse, but demands quickly escalated in reaction to the government’s heavy-handed response to the protests.

How are the Sudanese authorities responding the protests?

The response of the Sudanese authorities to these peaceful protests has been violent and repressive. By January 2019, according to government accounts, 800 protesters had been detained by Sudanese security personnel and 19 people killed in clashes during these demonstrations. Other, more impartial sources provide much higher figures. According to Sudanese activists and medical workers, at least 40 people have been killed. Those arrested have included protesters, journalists, doctors, lawyers and opposition party leaders.

Unbridled violence is being actively practised by different elements of the government security apparatus. Accounts of live ammunition fire, beating and torture being used have grown to the point that it seems that they have become common practice by the security apparatus to manage demonstrations. Videos documenting some of these inhumane and violent responses and showing the extent of the brutality of the authorities are constantly being circulated on social media. Hospitals where some of the injured protesters sought medical attention have also come under attack by the authorities.

The brutal response to the protests only served to fuel the demonstrations and escalate the demands of the Sudanese people, who are now calling for the resignation of the Sudanese president and his government.

What has been the response of Sudan’s neighbours and members of the international community?

While aware of the violence and human rights violations taking place, Sudan’s immediate neighbours have fallen short of condemning the regime’s repressive response to the protests. Countries such as Egypt and Qatar have continued to express their support to the regime, whilst others who have concerns about the viability and future of the regime have remained silent.

The international community has taken a more critical stance towards the regime. In a recent press statement, the European Union (EU) strongly condemned the government’s response and use of lethal force against peaceful protests and indicated that it threatened to derail the EU’s bilateral engagement with Sudan. The USA also expressed concern regarding the government’s use of lethal force and signalled that a new and more positive US-Sudan relationship required meaningful political reform and clear, sustained progress on respect for human rights.

What is the current state of civic space and democracy in Sudan?

The new wave of protests and the heavy-handed response by the government comes on the back of a long-lasting failure by the regime to uphold democratic values and principles and ensure that the space for civil society - civic space - is adequately protected and promoted. Despite the government of Sudan being signatory to countless international treaties and covenants, over the past two months - December 2018 and January 2019 - civic space has come under relentless attack at the hands of the government. The freedom of expression is under fire, with security services deploying brutal methods to gag the media and silence dissent, harassing and banning journalists from writing, shutting down newspapers such as Al-Tayar, Al-Jareeda and other independent or opposition newspapers, and confiscating their print runs as they come off the press. On 14 January 2019, following several confiscations of its print runs, Al-Jareeda organised a silent sit-in in front of the National Intelligence and Security Service headquarters to protest. Twenty-eight journalists were arrested at the protest and the sit-in was forcibly disbanded. This was the latest in a series of attacks on media freedoms that steadily increased since the protests began. Several journalists and news outlets have as a result turned to circulating and publishing their stories online and on social media; however, they are also being pursued and harassed online, through legislation such as the 2018 Law on Combatting Cybercrimes.

Internet freedoms have taken a beating. Since the protests began, the government has shut down access to social media throughout Sudan. According to MTN, Sudani and Zain, the three telecommunications operators in Sudan, Facebook, Twitter, WhatsApp and other social media platforms are only accessible through the use of a Virtual Private Network (VPN) service. But even these come with their own connectivity problems and most internet users do not know of their existence or how to access them.

The freedom of assembly has fared no better. Despite this right being guaranteed by the Sudan Interim Constitution of 2005, Sudanese political parties, civil society organisations (CSOs), trade unions and professional organisations continue to struggle to exercise it. The legal environment hampers the freedom of assembly, starting with the Criminal Act, which has several articles that criminalise peaceful assembly and extend penalties of flogging, imprisonment and fines against peaceful protesters. This and other laws are often being used by the authorities to quell peaceful protests and punish protesters.

Other dimensions of civic space, such as CSO rights and independence, access to funding and the right to associate freely are also being hampered and undermined as a result of government policies and unconstitutional laws.

What needs to change for democracy to take root in Sudan, and what can the international community do to help?

What is evident and now common sense among anyone following developments in Sudan over the recent years is that the current economic crisis facing Sudan is underpinned by a deeper and more fundamental political crisis characterised by bad governance, abuse of power and festering injustices. Years of rule under the dominance of the National Congress Party headed by President Omar Al-Bashir have brought Sudan to the brink of collapse as a state. Today Sudan finds itself at a critical juncture and the need to find its path to a more democratic, just and peaceful state has never been more critical.

Foremost on the agenda should be finding a solution to the severe political crisis that has persevered for several years. Efforts by President Al-Bashir and his ruling party on this front, as demonstrated by the National Dialogue process, have lacked both the political will and the necessary institutional adjustments and arrangements required for it to work. Moreover, to untangle the web of intertwinement between the state and the ruling party, which has so far hindered any meaningful progress on implementation of the outcomes of the national dialogue, new institutional and power sharing arrangements that guarantee the participation of the opposition parties and the rebel movements - from Blue Nile, Darfur and South Kordofan - would need to be put in place. For this to happen, President Al-Bashir would need to relinquish and divest his powers to some form of an interim council that would have as its priority securing a peace deal with the rebel movements and ensuring their participation in shaping an agenda and an interim government that would be responsible for running the country during a transitional period to be agreed upon. To this end, the international community that is leading and brokering negotiations between the government and armed groups must take a step back and ensure that future negotiations take into account the complex situation and developments taking place in Sudan, and factor these in before peace negotiations can be resumed.

Of equal importance would be the need to begin to address the economic crisis that the country is passing through. This represents an area where the international community has much to contribute. Having Sudan removed from the US list of state sponsors of terrorism would be a first and important step. A second step would be to put in place, rapidly, long-awaited debt-relief arrangements for Sudan. These two steps would serve to usher in a much-needed stage of normalisation with the international financial community and would pave the way for an economic stimulus programme that would ease the current economic crisis. This however must be linked to a resolution of the political crisis that is underpinning the economic crisis.

A third and important area that needs to be tended to is the opening of civic space. Dimensions of civic space within this domain that need attention would include human rights and the rule of law, the freedoms of association, peaceful assembly and expression, citizen participation, the freedom of religion and the right to non-discrimination. Tangible progress on these fronts is a pre-requisite ahead of any constitutional reform process or elections that would ease the transition to a more secure path to democracy.

In summary, a comprehensive and inclusive process of political and economic reform closely linked to civic space would need to be put in place for any meaningful progress on putting Sudan back on the road to democracy.

Following a year marked by massive mobilisation on the climate emergency, CIVICUS is interviewing...

CIVICUS speaks about the protests that have rocked Hong Kong since June 2019 with Johnson...