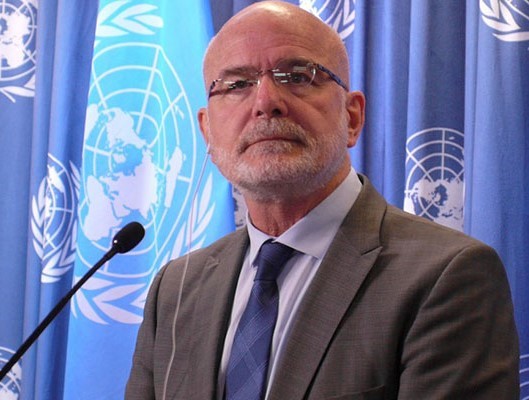 CIVICUS speaks to Michel Forst, United Nations’ Special Rapporteur on the situation of human rights defenders, about key challenges and responses, and the role of civil society organisations (CSOs) in his mandate.

What do you see as the three biggest challenges faced by human rights defenders around the world today?

Human rights defenders around the world face multiple challenges but if I had to pick three of them I would say:

First, there is currently a general backlash against the idea of human rights in the world and countries are more and more turning their backs on justice and solidarity. Human rights defenders are not valued. Their work and role are not recognised, although they are the ones advancing democracy and the rule of law. I see in a growing number of countries campaigns of defamation and vilification of the work of human rights defenders.

Second, since the adoption in 1998 of the UN Declaration on Human Rights Defenders, the term ‘human rights defender’ has been increasingly used but too many people still don’t understand it or understand it as something negative while many defenders don’t identify themselves as such.

Third, often perpetrators of attacks are non-state actors that don't necessarily speak the ‘human rights language’ or over whom states have not much power or willingness to act. In this context human rights defenders are increasingly attacked.

How is the #TogetherWeDefend campaign planning to address the above challenges?

We also want to show that they are ordinary people doing extraordinary things and explain that everyone can be a defender.

The notion that anyone can be a human rights defender is a powerful one. Would you explain what it means?

Human rights defenders are identified in the UN Declaration as anyone who is promoting and protecting human rights. This means that you might be already defending human rights by signing a petition, writing an article, raising your voice when you witness an injustice, participating in a protest, taking a solidarity action and so on. Human rights in a nutshell are the idea that everyone, no matter who they are, from where they come, what they believe, what they prefer and how they look, have rights and should be treated with respect and dignity. The moment you defend this, you become a human rights defender. You don’t need to have a long trajectory behind you, to be part of an organisation or do it for a living; it’s what you do that defines you as a defender.

How are you working with civil society? What more can CSOs around the world do to support your mandate?

CSOs have been fundamental for my mandate. We have tried jointly to organise consultations in several countries to listen to human rights defenders and to understand their needs in order to support their work in the best way we can. CSOs are also a key element for my mandate when they invite me in countries in which my mandate has not been officially invited. It gives me the opportunity to meet with defenders who don't or can't travel abroad, which also helps to increase the level of engagement of CSOs with the UN.