CHINA: ’30 years after Tiananmen, the world witnesses the consequences of nurturing China’

4 June 2019 marks the 30th anniversary of the Tiananmen crackdown in China when hundreds, if not thousands, of unarmed peaceful pro-democracy protesters were killed in Beijing and tens of thousands of demonstrators in cities across China were arrested.

In May 1989, people gathered in Tiananmen Square, in Central Beijing, to call for political and economic reform. Hundreds of student protesters went on hunger strike to put pressure on Communist Party leaders. An estimated one million people joined the protests to support the students and demand reform. The Chinese authorities responded with overwhelming repression. Military units were deployed and unarmed protesters and onlookers were killed en masse. The Chinese government never acknowledged the events surrounding the Tiananmen massacre. It remains a contentious topic to this day, and all mention of the protests is banned in China, both online and offline.

CIVICUS speaks to Wuér Kaixi, one of the leaders of the 1989 Tiananmen Square protests and an iconic face of the movement. Wuér Kaixi fled China after the crackdown and now lives in exile in Taiwan. He has remained fiercely critical of the Chinese regime and is considered China’s second most-wanted dissident. 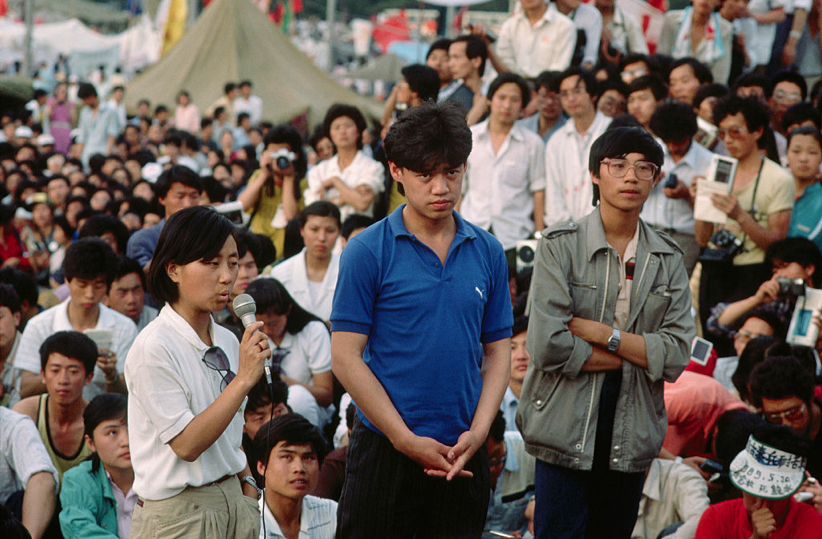 How did you get involved in the Tiananmen pro-democracy movement?

Throughout the 1980s student demonstrations took place every year. We made demands for the Chinese government to fulfil its promises to the people. The atmosphere at those times was such that everybody wanted to do something. Everybody was waiting for a window of opportunity to open. I was a freshman at Beijing Normal University and I got involved in the movement in its very early stages. I was among its founders and I was also on the organising committee. I was also the founder of the student organisation and an initiator of the hunger strike. That’s how I got involved. When opportunity presents, there will often be a someone to take a first step.

What factors led to the emergence of the movement at that time?

Throughout the 1980s the Chinese government, led by the Chinese Communist Party, seemed to offer a bright future for China. In fact, I think the 1980s were one of the best times for China in modern times. The Cultural Revolution had ended in the late 1970s, when Deng Xiaoping came to power. He presented the people of China with a slogan of openness and reform. It was a very appealing slogan, and everybody wanted the country to open up because its doors had been closed for a while. The opening provided us with an opportunity to see the outside world and get acquainted with Western ideologies. That made us feel very hopeful about China’s future.

But at the same time the government appeared very reluctant to undertake political reform, and we students thought the Chinese government’s speed in doing so was way too slow. In the early 1980s there were student demonstrations calling for democracy, and Hu Yaobang, the Secretary-General of the Communist Party back then, was very sympathetic to the students. But he was removed from his top-ranking leadership position in early 1987. This move indicated that anti-reformist hardliners had become more dominant, which was rather depressing.

What happened to you after the crackdown and how have you continued your activism?

After the crackdown I was listed number two on the Chinese most-wanted list, which contributed to my decision to flee China. I understood I would face very serious retribution. I realised at that time that if I and the rest of the protest leaders were arrested, we would probably be thrown in prison for life. So, I decided to escape, and with the help of many friends I managed to do it. The way I did it is also pretty amazing. I went through Hong Kong to the United States. Over the past 30 years I lived for the most part in three countries: first in France, for a year, then in the United States, where I went to continue my education, and then in Taiwan, where I moved in 1996. I have now lived in Taiwan for longer than I lived in China.

Three decades after the Tiananmen pro-democracy protests, what do you think the impact and legacy of this movement are?

Ours was a peaceful movement that demonstrated for democracy in China. The Communist Party responded to it with violence and literally crushed it with tanks, so of course from that perspective the movement failed. For the past 30 years the Communist Party has ruled China through the fear created by the Tiananmen massacre, followed by increased use of the security forces to suppress any form of dissent. The Chinese government has a budget for so-called ‘stability maintenance’ which has exceeded the national defence budget, so it is clear that ‘stability maintenance’ is code for internal suppression. The size of the Chinese national defence budget is already very scary for neighbouring countries. So that’s how the Communist Party rules China. As a result, it is really hard to continue fighting for democracy in China.

That said, after Tiananmen Chinese people still kept fighting for their rights. And all of the political movements that followed took inspiration from the Tiananmen student movement. As a result, there are ongoing movements such as the Rights Defence Movement and the New Citizen’s Movement. And in 2008 there was the famous Charter 08 campaign, started with a manifesto signed by hundreds of dissident intellectuals and human rights activists. The Charter was published on 10 December 2008, the 60th anniversary of the Universal Declaration of Human Rights, and has since then been signed by more than 10,000 people both in and outside of China. In 2009, however, soon after the Charter was launched, Liu Xiaobo, one of its authors, was sentenced to 11 years' imprisonment for ‘inciting subversion of state power’. He was awarded the 2010 Nobel Peace Prize while in prison, and he died in prison in 2017, even after being granted medical parole.

Have the conditions for the exercise of the fundamental freedoms of association, peaceful assembly and expression changed in any way since those events?

The situation has not improved in any way. Much to the contrary, China has become one of the worst factors threatening a world civilisation founded on the value of fundamental freedoms. I think Western democracies led by the United States have opted for a very wrong kind of policy towards China. They call it ‘engagement’, but I call it ‘appeasement’. The policy of the West is to tolerate and even nurture what has become an extremely brutal totalitarian regime. For example, the Chinese government has rounded up more than a million ethnic Uighur people. I myself am a Uighur. Uighurs back in China are in concentration camps. This is one of the worst human rights abuses since the Holocaust and the world does not seem to be fully aware of it. Alongside what it is doing internally, China is also trying to export its values to the world, becoming a clear and present danger to the world order and universal values.

What international support do activists inside and outside China need to help build greater respect for human rights and democratic freedoms in the country?

An important message that I would want to deliver to the world on the 30th anniversary of the Tiananmen massacre, as a former student leader, is that at that time we thought we had the world’s support. We expected that support to last but it didn’t, and in the last days we felt betrayed and disappointed. Sadly, now the world is also having a taste of the consequences of nurturing China. The world has failed to see the true character of the Chinese authorities. They hoped that China would act like a responsible member of the world community and they acted on the basis of wishful thinking – and of course, things have not happened that way.

The Western world has assumed that China’s ruling party is actually a communist party, which it certainly is not. Xi Jinping talks about a ‘Rising Nation’, the ‘China Dream’ and other propaganda slogans. This is propaganda targeted at the Chinese people, aimed at gaining their support - but it is really not what the Communist Party is about. Very clearly, the Chinese Communist Party is just a group of usurpers who are ruling the largest country in the world, using their positions to loot the country. In other words, they are just common criminals, thugs and bandits. The world needs to treat them as what they are. If the world starts doing that - freezing their assets, imposing visa sanctions - I would say the situation would begin to change in a matter of weeks.

I would also urge all civil society organisations (CSOs) around the world to put pressure on their governments. Tell them that when they raise questions about human rights in China, we expect them to wait for an answer. Politicians involved in trade talks with China are under pressure from their own parliaments or media to raise these issues. But when they go to Beijing and raise human rights questions, they never wait for answers. This sends the Chinese regime the wrong message. So, CSOs around the globe must tell their government to wait for answers and make it clear they care about human rights. Democracies care about public opinion and CSOs are in a good position to shape public opinion.

CIVICUS speaks about the protests that have rocked Hong Kong since June 2019 with Johnson...