UNITED NATIONS: ‘Anti-rights groups come in under the pretence of speaking about human rights’

As part of our 2019 thematic report, we are interviewing civil society activists and their allies about their experience of facing backlash by anti-rights groups. CIVICUS speaks to two United Nations (UN) officials, speaking on condition of anonymity, about the increasing space that is being taken up by anti-rights groups at the UN Human Rights Council, and the strategies that need to be developed to strengthen progressive narratives and civil society responses. 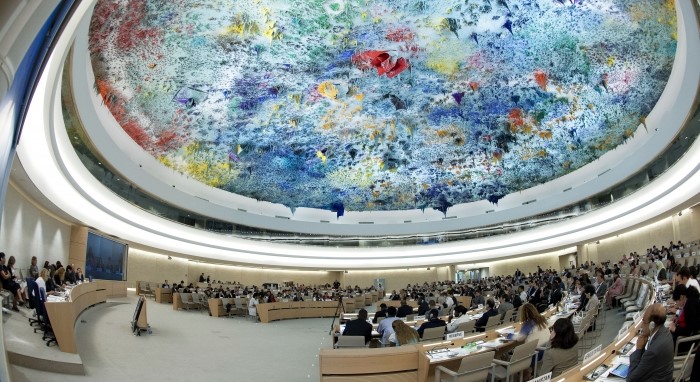 From the vantage point of the UN Human Rights Council (HRC), are you seeing a new generation of anti-rights groups rising to occupy civil society space?

Civil society has a real space at the HRC, and it is our job to try to ensure that Council works in the best possible manner and that the civil society voice is not lost. The problem is what we mean when we refer to civil society. In principle, civil society at the UN means organisations with Economic and Social Council (ECOSOC) status, and this status is granted by the ECOSOC NGO Committee, which is highly politicised. This, of course, is not necessarily conducive to a representation of real civil society within the UN. We always argue among colleagues about the actual number of government-organised ‘non-governmental’ organisations (GONGOs) and lobbies as opposed to genuine civil society at the HRC. We come up with wildly dissimilar numbers, because we don’t have clear definitions: there is no common understanding of what is what.

I would say we are currently at about 75 per cent of alleged civil society organisations (CSOs) that are not real CSOs, but others put it at about 50 per cent. This is possibly because we are using a narrower definition of civil society. Among those that we don’t consider to be genuine civil society are various types of organisations, including typical GONGOs – for instance, organisations established by the government of a particular country to criticise the human rights situation in a neighbouring country. Those are the traditional GONGOs we have long been used to. But they didn’t use to be that many, and nobody listened to them except the countries concerned.

This changed with the growth of lobbies, which make up the next layer of fake CSOs. These are groups that put pressure in favour of a specific group or issue and use every possible opportunity to defend that particular theme or attack others. Some of these groups question the mere existence of the HRC, and the best way they have found against it is to try to undermine it from within. You often hear these organisations speaking up to criticise the Council, which truly means that the Council is not so bad after all, because they are allowed to continue to do so.

And finally, there are the groups that are currently referred to as anti-rights groups, which have mushroomed in recent years. We cannot quantify them, we cannot even provide a date when they began appearing, but they are clearly present now. Anti-rights groups come to the HRC under the pretence of speaking about human rights, but the human rights they defend are perceived as such only by the extreme right. They tend to adopt names that sound pleasing or inoffensive and they may be difficult to identify as anti-rights groups at first. They may very well hold a side event that they claim is about ‘empowering women’ but is in fact targeted against LGBTQI people.

Most of the anti-rights groups are active in the field of women’s and LGBTQI rights, and many but not all of them are religious-based. There are also organisations working in areas related to business and human rights, but these would be better described as lobbies than anti-rights groups, although there is not always a clear line between the two. In one instance, there was a big corporation that organised a side event to show key human rights progress in a country that was the subject of a mandate under item 4 (the agenda item containing human rights situations that require the Council’s attention) and did everything it could to ensure that the country could escape close scrutiny by the Council.

Is there any way for the UN to filter anti-rights groups out?

Anti-rights groups are different from traditional GONGOs precisely in that they are not necessarily organised and led by governments; they can actually be CSOs. Work needs to be done to learn which organisations are serious and rights-oriented. We don’t necessarily need to agree with what they say, but it is important to see whether they are genuinely struggling for rights. This requires some careful consideration because anti-rights groups are also using the language of rights. For instance, when the Council made a big move to adopt a resolution on sexual orientation and gender identity, immediately there were proposals of resolutions and side events organised in reaction to this, but the opposition was framed as the defence of the rights of the family.

There are more and more anti-rights groups misusing the HRC, and if they have ECOSOC status and follow the rules, they are allowed to take the floor and hold side events. Unless there is explicit hate speech involved and it happens in the formal proceedings, they will have a space.

There is no control of what goes on during side events. It may be easy to spot the situations that can imply reprisals against human rights defenders. But it is not always easy to identify those where there will be anti-rights rhetoric.

Not exactly. The bulk of real CSOs remains more or less the same. They are not being pushed out of the system. But growth rates are very different. If the number of real CSOs increases by, say, 10 per cent every five years, then the number of GONGOs, lobbies and anti-rights groups is doubling every two or three years.

The NGO Committee of the ECOSOC is highly politicised. There are absolutely legitimate human rights CSOs that can be deemed to be touching on sensitive issues and will struggle to get ECOSOC status. It can take them four or five years, if not a lot more, to finally obtain it. At the same time, others claiming to be working on issues that look good on paper will get ECOSOC status immediately, and here is the trick: once they are granted ECOSOC status as organisations working on those issues, nothing obliges them to speak only about those matters; they can speak about anything they want. And more often than not, they won’t ever speak about the issue that they claimed to be working on to start with, but about something quite different, and there is nothing that anybody can do about it.

What steps can be taken to ensure that the UN spaces designed for civil society are not occupied by anti-rights groups?

Anti-rights groups are discrediting not just civil society as a whole, but also UN processes. Tremendous efforts will be needed to try to keep these groups in check while upholding the space for real CSOs and preventing these groups from crowding out this space. The battle ahead is therefore to expose anti-rights groups, lobbies, GONGOs, anti-Council organisations and the alt-right. Someone needs to single them out. At the UN, that may be a difficult thing to do, because many of these organisations adopt confusing names, have funding and access, get invited and easily obtain ECOSOC status. And sometimes they use very clever strategies – for instance, from time to time they align with the opposition leader of a totalitarian country, gaining the legitimacy they need so that next time they use it to attack the Council.

On 26 June 1945, at the conclusion of the United Nations Conference on International Organization, the Charter...