ARTISTIC FREEDOM: ‘Artists are targeted because art is a powerful messaging vehicle’ 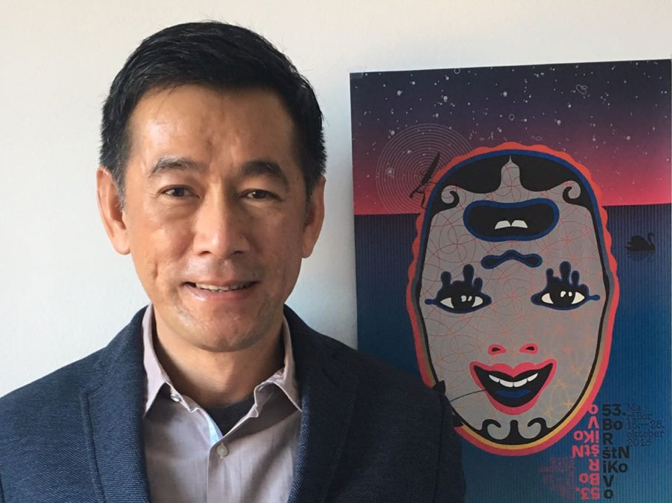 CIVICUS speaks about the state of artistic expression with Srirak Plipat, Executive Director of Freemuse, the main international civil society organisation advocating for and defending the freedom of expression of artists.

What is the specific nature of attacks on artistic freedoms - how do they differ from attacks on civil society more generally?

Artists and artworks are targeted in many different ways, responding to different strategies to silence them. They range from censorship to violations such as threats, detentions, legal prosecutions, imprisonments and, in the worst cases, murder. Artists are particularly targeted for being human rights defenders, standing for the causes they believe in; but most importantly, they are targeted because art is a powerful vehicle to deliver messages that resonate with the population.

What are the main sources of attacks against artistic expression?

As Freemuse’s reports show, the culture of silencing artistic expression is practised by multiple actors. Violators are not only governments of repressive regimes, as commonly cited, but democratic states as well. We also document violations carried out by non-state armed groups, and we will unpack this in more detail in our upcoming report about how fundamentalist groups violate artistic freedom.

Moreover, in the digital age social media platforms like Facebook and Instagram have power to determine what the margins of online public debate and ideas are. This consequently affects the freedom of artistic expression. In June 2019 Freemuse published a report, Privatising Censorship, Digitising Violence, which outlines how social media limits artists’ ability to express their art fully. The research showed that social media platforms make no clear distinctions between art and obscenity, which raises questions about the platforms’ judgement when it comes to policing nudity and what is artistically acceptable. Besides, community guidelines are vaguely worded, which results in moderators subjectively making decisions with no clear lines of accountability or transparency.

We also see a growing number of online abuses targeted at artists. The anonymity that online platforms can provide means that invariably perpetrators of online threats can opt for false names and fake accounts and often remain unknown. This also makes it incredibly difficult to assess the intention behind the threats and identify the source.

Which artists are attacked most and why?

If we speak about the genre, in 2018 Freemuse documented 673 cases of violations, 270 of which were violations against musicians. Music remains a powerful instrument: musicians often use music as a tool to express dissent and present critical views, which invites undue interference by the state authorities or other actors. For example, one of the artists from Central Asia that we interviewed recently, songwriter Zere Asylbek from Kyrgyzstan, said she deliberately chose music to popularise social activism and challenge social norms. This, however, was not welcomed by the people, and the moment Zere uploaded the music video for her song Kyz (Girl) in September 2018, she received thousands of abusive comments online, including death threats. The video was meant to spark a debate about women’s position in Kyrgyz society.

Many musicians are also constantly targeted by the authorities. One of them was Ferhat Tunç from Turkey, who suffered constant pressure from government authorities and several criminal cases. In September 2018, he was sentenced to almost two years in prison on charges of disseminating propaganda of a terrorist organisation, based on messages he had posted on social media. He eventually left Turkey and now lives in Germany.

Of course, it is not only musicians’ freedom to artistic expression that is violated; we see violations involving all different art forms. Overall, artists who challenge dominant social, cultural and religious norms through their artwork remain the main target of attacks.

Are women artists and artists from minorities specifically targeted?

In 2018, Freemuse published another report, Creativity Wronged: How Women’s Right to Artistic Freedom is Denied and Marginalised, which examined cases of violations of women’s artistic freedom. The gender-based silencing of women artists remains one of the big challenges for the freedom of artistic expression. Numerous cases of violations of artistic freedom show that women are prohibited from certain expressions to uphold traditional or religious norms. Often women who try to challenge those norms experience pushback and are labelled as ‘indecent’. Many women artists also suffer negative repercussions when they use their creative skills to express their opinions on issues such as body positivity and sexuality or to challenge gender inequalities.

The freedom of expression of artists coming from minority groups continues to be targeted as well. As our annual 2019 State of Artistic Freedom report shows, artists who raise awareness about the political, social and economic issues they face in the societies in which they live are constantly targeted by both state authorities and non-state actors. In countries such as China and Turkey, these forms of discrimination continued to be particularly entrenched for people ethnically identifying with Kurdish, Tibetan and Uighur minority groups; they continued to be deprived of fundamental rights. In these countries, minorities are particularly exposed to oppressive measures, which include systematic persecution, disappearances and imprisonment. For example, in 2018 Freemuse documented that ethnic Uighurs were subjected to a range of unlawful violations that include mass arbitrary detention in pre-trial detention centres and prisons as well as ‘political education’ camps.

How can civil society in general help uphold artistic freedom?

As our reports and advocacy highlight, civil society can uphold artistic freedom by raising awareness of the issue, spotlighting specific cases where artistic freedom is violated and working to overturn legislation that impedes and restricts the ability of individuals to enjoy art and cultural expressions. This is strengthened by partnering with other civil society organisations to maximise the reach of the communication of these topics through a number of channels, including formal United Nations mechanisms, social media platforms, organisational websites and joint conferences on cultural rights and artistic freedom.

Civil society has a unique position because it straddles both the grassroots artistic community and the governmental and intergovernmental policy environment. This enables civil society to use information and cases from each of the respective communities to uphold artistic freedom through policy briefings, artist campaigns and events with artists and policymakers. We register cases of artistic freedom violations and restrictive policies with the United Nations Special Rapporteurs but also work directly with artists at risk of their artistic freedom being violated.

Do you see any tension between the freedom of expression and progressive civil society?

Freedom of expression is restricted by a number of civil society groups. This includes, but is not limited to, ‘progressive’ left-wing groups. For example, we have documented cases where artists have been silenced by both the Israeli government and by the cultural organisations supporting the Boycott, Divestment and Sanctions movement. We oppose the apartheid policies and the other systematic discrimination practices of the Israeli authorities against Palestinians both inside and outside the territory, but do not support cultural boycotts of any groups and parties as they create obstacles to the cultural and artistic expressions of individuals and artists and exchanges of these expressions on any side of a conflict.

Another example of this are civil society groups in the USA violating artistic freedom on the premise of social justice. The most prevalent illustration of this has been the vandalisation and illegal removal of statues, monuments and paintings depicting confederate or violent leaders of the country’s history. This includes protesters splashing red liquid onto a bronze statue of Theodore Roosevelt outside the American Museum of Natural History, on the basis that the statue is an emblem of “white supremacy and settler colonialism,” and the removal of Sam Durant’s controversial sculpture Scaffold from the Walker Art Centre in Minneapolis, Minnesota, after members of the Native American community protested against the piece for its part-modelling on the 1862 gallows used to hang 38 Dakota men.