CHINA: ‘Its international role both originates in and enables domestic political control’

CIVICUS speaks about China’s growing international role with Sharon Hom, Executive Director of Human Rights in China (HRIC), Adjunct Professor of Law at the New York University School of Law and Professor of Law Emerita at the City University of New York School of Law. Founded in 1989 by overseas Chinese students and scientists, HRIC is a Chinese civil society group that promotes international human rights and advances the institutional protection of these rights in the People’s Republic of China. Through case and policy advocacy, media and press work, and capacity building, HRIC supports civil society as the driving force for sustainable change in China. HRIC has offices in New York and Hong Kong, and is active on local, regional, and global platforms.

Have there been any recent changes in the ways China engages in the United Nations (UN) system?

China has been increasingly active and sophisticated in its engagement with the UN human rights system. As one of the five permanent members of the Security Council – where it formally replaced Taiwan, the Republic of China (ROC) in 1971 – China has invoked its ‘One China Policy’ to block the recognition and admission of the ROC by other international bodies. At the same time, the shift of key players within the UN human rights system, and particularly the withdrawal of the USA from the Human Rights Council (HRC), has weakened principled leadership by Western democratic governments. This is especially concerning in the face of China’s increasingly aggressive, multi-pronged and sophisticated challenges to international standards and norms. A key element of China’s strategy has been essentially to counteroffer a model of governance that it refers to as human rights, democracy and rule by law ‘with Chinese characteristics.’

In addition to the HRC, China is active on human rights-related issues before various UN General Assembly committees, including the Third Committee, on social, humanitarian and cultural issues, and the Fifth Committee, on administrative and budgetary issues. Some key issues it engages in include counterterrorism, information security, treaty body strengthening processes and other human rights mechanisms and procedures, and civil society participation. 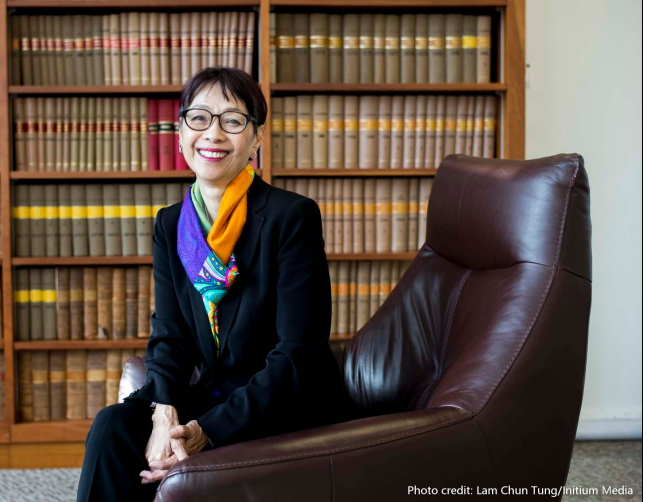 As part of the party-state’s overarching strategy to expand and strengthen China’s influence internationally, China has been promoting the appointment and influence of Chinese nationals to key UN bodies and UN specialised agencies. For example, Mr Zhao Houlin was the first Chinese national to serve as Secretary-General of the 150-year-old International Telecommunication Union (ITU), from 2014 to 2018 and 2019 to 2020. As a key agency for information and communications technologies promotion, collaboration and standardisation, the ITU was a leading UN agency involved in the World Summit on Information Society (WSIS). Endorsed by UN General Assembly Resolution 56/183 of 21 December 2001, the WSIS was convened in two phases. The first phase took place in Geneva from 10 to 12 December 2003 and the second in Tunis from 16 to 18 November 2005. China was active in pushing back against the inclusion of human rights-focused language in the outcome documents of phase one – the Geneva Declaration of Principles and Geneva Plan of Action – and opposed the accreditation of what it perceived to be hostile civil society groups, including HRIC.

In addition, Mr Liu Zhenmin, appointed in 2017 as UN Under-Secretary-General for Economic and Social Affairs, advises the UN Secretary-General on social, economic and environmental issues and guides the UN secretariat’s support for follow-up processes under the 2030 Agenda for Sustainable Development. Chinese nationals have also served on the International Court of Justice, including Ms Xue Hanqin, who has served as a jurist since 2010 and was named Vice President of the Court in 2018.

The appointments of nationals of a UN member state to key positions in UN bodies and agencies is not, of course, inherently problematic. Issues from a human rights perspective only emerge when any member state challenges existing standards regarding the rule of law as ‘inappropriate’ or advances a model of development that rejects a rights-based framework, as China now does.

What are the Government of China’s motivations in its international engagements? What agendas is it particularly pursuing?

The Chinese party-state’s motivations in its international engagements are primarily aimed at advancing the ambitious vision of President XI Jinping to see China take a leading role on the global stage, as laid out in part in his vision for the realisation of a ‘China Dream.’ Internationally, the party-state wants to ensure the narrative of China is ‘properly’ told, without questioning of or pushback against some of the more problematic elements of its model of governance.

Is one of the benefits of China's increasing international role that there is less oversight of its domestic human rights record?

The international role of the Chinese party-state both originates in and enables its agenda for domestic political control. China’s increasing efforts to undermine and redefine fundamental human rights and specific human rights mechanisms on the international stage limits the protections and redress available to Chinese people for violations of international rights guarantees. Its agenda for international influence also serves to legitimise as well as decrease scrutiny of its domestic policies and practices. In addition, the tendency for international actors to either appease or otherwise act in complicity with the Chinese state has also led to serious consequences both for Chinese people as well as others around the world.

One of the most vivid examples of China’s attempts to redefine human rights accountability and the lack of pushback by governments is the passage of the China-led resolution A/HRC/37/L.36 in March 2016 at the HRC. The resolution, ‘Promoting mutually beneficial cooperation in the field of human rights’, which included language of the so-called ‘Xi Jinping Thought’, passed with 28 votes in favour and 17 abstentions; the only vote against came from the USA.

What kind of alliances or partnerships is China making with other states to work internationally?

One of China’s most ambitious and formidable global development strategies in recent years is the ‘Belt and Road Initiative’, an international infrastructure and investment programme that has already involved almost 70 countries across Africa, Asia and Europe. Proposed by Xi Jinping in 2013, the Initiative is aimed at connecting major African and Eurasian nations through infrastructure development and investment, including a ‘digital silk road’ of Chinese-built fibre-optic networks. The Initiative has raised serious political and economic concerns among an increasing number of states, including Japan and the USA, about the Chinese political and strategic ambitions embedded in these economic partnerships. More recently, even some member states, the putative beneficiaries, are starting to push back against the ‘win-win’ arrangements that are now clearly ending up with them as client or debtor states.

In addition, as one of the leading states in the Shanghai Cooperation Organisation (SCO) – a regional multilateral organisation with the primary goal of coordinating counterterrorism efforts and economic and military cooperation – China has been deployed in troubling joint military exercises, including simulated rescues of hostages being held by Muslim or Chechnian separatists. In accordance with SCO member and observer obligations, member states have returned Muslims to China to face uncertain fates, an action very much in conflict with the international non-refoulement obligations of all states. The SCO consists of eight member states and four observer states. However, though all the members of the multilateral regional organisation have incredibly troubling domestic human rights records, the SCO has been warmly welcomed by the UN as an observer at the UN General Assembly since 2005.

What are the impacts of China’s involvement on international institutions and on the space for civil society in those institutions?

China’s increasing involvement and influence in international institutions such as the UN poses a steep and growing challenge to the meaningful participation of civil society organisations (CSOs). As a member of the UN NGO Committee, China and ‘like-minded’ states act in concert to block UN Economic and Social Council (ECOSOC) accreditation to CSOs they deem critical or disparaging of China. When CSOs legitimately seek to participate as part of partner or league organisations, China has sought to challenge their participation. For example, the World Uyghur Congress (WUC) often participates as a member of the Unrepresented Nations and People’s Organisation. However, China has attempted to block interventions by the WUC in the HRC sessions and even to ban them from the buildings and grounds. China once even branded the WUC President Mr Dolkun Isa as a terrorist in an effort to block his participation in side events at the HRC in Geneva, and at General Assembly side events in New York. Ironically, these unfounded smear efforts served only to increase interest in various events.

How is civil society working on issues around China’s international-level engagement, and what support does civil society need to be able to work effectively on this issue?

Despite the many and significant challenges inherent in this work, CSOs around the world are increasingly working together to address China’s efforts to distort and subvert human rights norms on the international stage, and to address serious rights abuses. This includes collaborations between local, regional and international civil society groups to issue joint letters, briefings and submissions for UN human rights mechanisms and procedures, interventions at HRC sessions and side events and other targeted activities.

The key support that civil society needs, especially smaller CSOs, is two-pronged: financial support to continue to carry out their missions and conduct the necessary research and projects related to understanding and responding to China’s actions on the international stage; and for governments of other states to act more aggressively and effectively to counter China when it acts inappropriately, and in particular to ensure a safe and enabling environment for domestic CSOs.