PAPUA NEW GUINEA: ‘If we allow seabed mining everyone is at risk’

Following a year marked by massive mobilisation around the climate emergency, CIVICUS is interviewing civil society activists, leaders and experts about the main environmental challenges they face and the actions they are taking. CIVICUS speaks with Jonathan Mesulam, spokesperson for the Alliance of Solwara Warriors and a campaigner on issues relating to experimental deep-sea mining, climate change and logging in Papua New Guinea (PNG).

The Alliance of Solwara Warriors is an anti-mining alliance of local communities in areas affected by deep-sea mines in PNG and across the Pacific. It has organised the resistance  against seabed mining since 2009, when the controversial deep-sea mining project Solwara 1 was proposed to mine mineral-rich hydrothermal vents on the floor of the Bismarck Sea. The alliance also launched a legal case against the project in PNG's courts. In November 2019, the company behind Solwara 1, Nautilus, was declared bankrupt and it is uncertain if the project will continue. 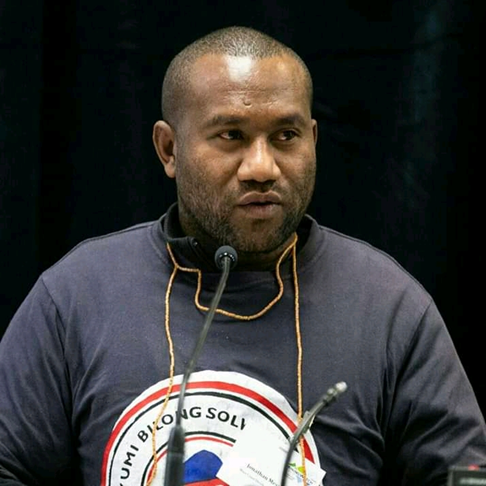 Can you tell us about the Alliance of Solwara Warriors and how it was formed? What are its main objectives and why is it opposed to seabed mining?

The Alliance of Solwara Warriors was formed in 2016 by representatives of communities along the Bismarck Sea who are threatened by seabed mining. The members of the Alliance also include the Papua New Guinea Council of Churches, international and local environmental civil society organisations (CSOs), educated elites, local community-based organisations and a few politicians who support the call to ban deep-sea mining. Our main objective is to ban deep-sea mining in PNG waters and the Pacific and we also call for the cancellation of exploration and mining licences.

Seabed mining is a new frontier for the mining industry and is very risky as our understanding of the seabed is very limited. The first discovery of deep-sea minerals was in 1979 and we have no idea how the seabed ecosystem operates. If we allow seabed mining, then we may just call for the end of humanity, as the complexity of the food chains on which humans depend will be affected, putting human life at risk. I think we should all stand in solidarity to ban deep-sea mining in our area because the sea has no boundaries and when the marine ecosystem is affected, everyone everywhere is at risk.

Environmental and legal groups have urged extreme caution around seabed mining, arguing there are potentially massive – and unknown – ramifications for the environment and for nearby communities, and that the global regulatory framework is not yet drafted, and is currently deficient.

How has the campaign against seabed mining progressed? What have you achieved?

The campaign against seabed mining has been very challenging and at times we almost lost hope because of the heavy presence of Nautilus, the company behind the Solwara project, at the project site for the last eight years. However, there has been growing opposition from coastal communities, local and international CSOs and churches, especially the Catholic and Lutheran churches. An environmental law firm, the Centre for Environment and Community Rights, filed a legal case and we were able to stop this project from going into full-scale mining operation. Every concerned individual and organisation has played a very important role in their respective areas of work, such as finance, the environment and politics, to stop this project.

What challenges has the alliance faced in recent years?

Funding activism is a big challenge. To travel to a community to talk to people you need to pay for a bus. You have to raise funds to enable mobility and communication. The second major challenge is capacity development. As members of an alliance we deal with that by distributing challenges; we then help each other and strategise in our workshops so that we can learn from each other. Networking helps with this a lot, and the support of partners such as Bismark Ramu Group, Caritas PNG and the PNG Council of Churches.

We have also received a lot of support from CSOs and individuals outside the country. People and organisations including Sir David Attenborough, the Deep Sea Mining Campaign, Mining Watch Canada and Caritas New Zealand, just to name a few, have really supported the campaign in terms of funding, providing information on the campaign and lobbying with banks and financers not to support such a project. As a result, we have seen positive results in our work on the ground.

Another challenge we face is that some people in the community support deep-sea mining, and this creates division. We have had to work hard at times to really convince people that this project is not good. It's only through persistent, dedicated work and making information available so that people have all the facts, not just the perspective that the company wants people to know, that people will really support you. Once people know the truth, then you get the support.

What is the state of civic freedoms – the freedom of association peaceful assembly and expression – in Papua New Guinea?

The media in PNG is controlled by the state and they only publish stories that are good for the government. Sometimes our stories are not covered, and we end up publishing them through social media. The right to the freedom of association in PNG really depends on the kind of issues that are being addressed. On some very sensitive issues, the police will not allow people to organise and take part in protests. Our ability to carry on our work also depends on the kind of companies we are dealing with. Some companies have spent millions of Kina – the PNG currency – to stop environmental human rights defenders, and going against them is obviously risky.

Get in touch with the Alliance of Solwara Warriors through its Facebook page.

A Joint Statement by the Asian Human Rights Commission and CIVICUS The Bangladesh government has...