EGYPT: ‘There's been severe deterioration in the rule of law & respect for human rights’

CIVICUS speaks about recent protests in Egypt and their repression with a woman activist and protester who, for security reasons, asked to remain anonymous. The space for civil society in Egypt is severely restricted: laws limit legitimate civil society activities and detention and intimidation are routinely used to silence human rights defenders and journalists. The protests that took place in September 2019 resulted in mass arrests and the criminalisation of protesters. 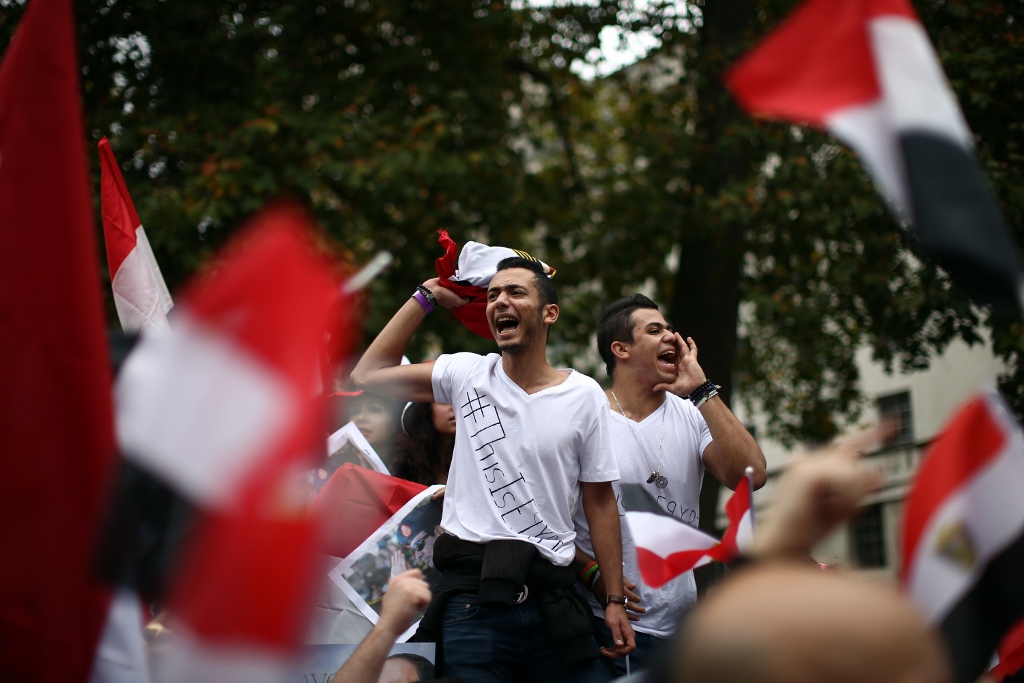 What were the main drivers of the September 2019 protests in Egypt?

The trigger for the September 2019 protests came in the form of a series of viral videos shared by the Egyptian actor and construction contractor Mohamed Ali, in which he accused the authorities and the armed forces of corruption and the squandering of public funds. While President Abdul Fattah El-Sisi ultimately addressed the videos in some form, more videos by Ali and others  followed; a broader conversation on the role of the military in Egypt’s economy also ensued.

On 20 September, and partly in response to Ali’s call for demonstrations against Sisi, hundreds took to the streets in the capital, Cairo, and Alexandria, Suez and other cities. As part of this wave of demonstrations, more protests took place on 20, 21 and 27 September. They occurred within a broader context in which many Egyptian citizens were also bearing the brunt of austerity measures and subsidy cuts and were increasingly affected by an escalating crackdown targeting independent, peaceful expression.

What was the response of the government to the protests?

Immediately following the protests and for days afterwards, the Egyptian authorities carried out a widespread arrest campaign that not only targeted people who were present at the demonstrations, but also lawyers, political activists and advocates more broadly. Local civil society organisations (CSOs) estimate that at least 3,763 people were arrested. Many of these people were ordered into pretrial detention in cases involving alleged charges of belonging to a terrorist organisation and spreading false news; a number of them remain in detention.

In the wake of the protests, Netblocks reported restricted use around Facebook Messenger, BBC News and social media CDN (content delivery network) servers. In Cairo, the authorities blocked some roads and temporarily closed some metro stops, particularly those close to Tahrir Square.

What has been the state of democracy and human rights in Egypt under the current regime?

Increasingly since 2013, there has been a severe deterioration in the rule of law and respect for human rights in Egypt. Authorities are using the law to consolidate authoritarianism. This is reflected in new legislation that restricts rights and re-writes the relationship between civilians and the state; the prosecution of peaceful advocates using overly broad anti-terrorism legislation; and the introduction of amendments to the constitution allowing executive influence and interference in the functioning of what are meant to be independent state institutions, including the judiciary and the prosecution.

The use of extended pretrial detention periods as a punitive measure, the sentencing of individuals in mass trials, and a spike in death penalty sentences continue to take place. Detention conditions remain poor; instances of torture and deaths in detention as a result of inadequate access to medical care abound.

The situation of minorities leaves much to be desired. Though the authorities passed a Church Construction Law in 2016 and built the region’s largest church in the New Administrative Capital, Egypt’s Christian minority population continues to suffer from sectarianism, finds it difficult to access justice amid reconciliation sessions that favour the majority faith, and often faces obstacles in building and licensing churches in the areas in which they actually reside. While the state has made some initial attempt to compensate the ethnic Nubian minority, their constitutionally recognised right to return to their ancestral lands remains unfulfilled.

Although Egypt is performing better on a number of economic indicators, austerity policies and subsidy cuts have impacted on the economic and social rights of particularly marginalised civilians, affecting key issues such as housing, education, health and work.

How has the new NGO law impacted on the freedom of association?

Egypt’s 2019 NGO Law does away with penalties involving jail time, as well as the National Agency to Regulate the Work of Foreign NGOs, a security and intelligence-heavy body created by the 2017 NGO Law to approve and monitor foreign funding. However, the law furthers significant restrictions on the activities of CSOs, places bureaucratic constraints on registration and creates expansive oversight and monitoring authority for government actors.

While it may be early to report on the precise impact of the new law, there is no doubt that its passing has already contributed to some self-censorship, as CSOs have reported being uncertain regarding what legal schemes govern their work and have also raised concern about the law’s broad restrictions. The law was passed in an environment characterised by travel bans, asset freezes and the prosecution and arrest of members of civil society. These trends are only expected to continue. It is important to note that the NGO Law is not the only piece of legislation governing civil society: the media law, the cybercrime law, the counter-terrorism law and the Penal Code are all examples of laws that contain provisions potentially implicating associational activity as well.

In cases in which international support can be of benefit to a particular Egyptian CSO, there are a number of clear needs: the creation of long-term and technical training opportunities and resources; systematic network building to expand access to decision-makers; and the provision of in-kind and financial support. Together, this programming has the potential to amplify the voices of, strengthen and provide protection for domestic CSOs that can often be under-resourced, cut off from the international community and subjected to government restriction.

Civic space in Egypt is rated as ‘closed’ by the CIVICUS Monitor.

Two years since student protest movements mobilised in Bangladesh, there is still no...