ASIA: ‘Under the pandemic, racism against Indigenous peoples has intensified’ 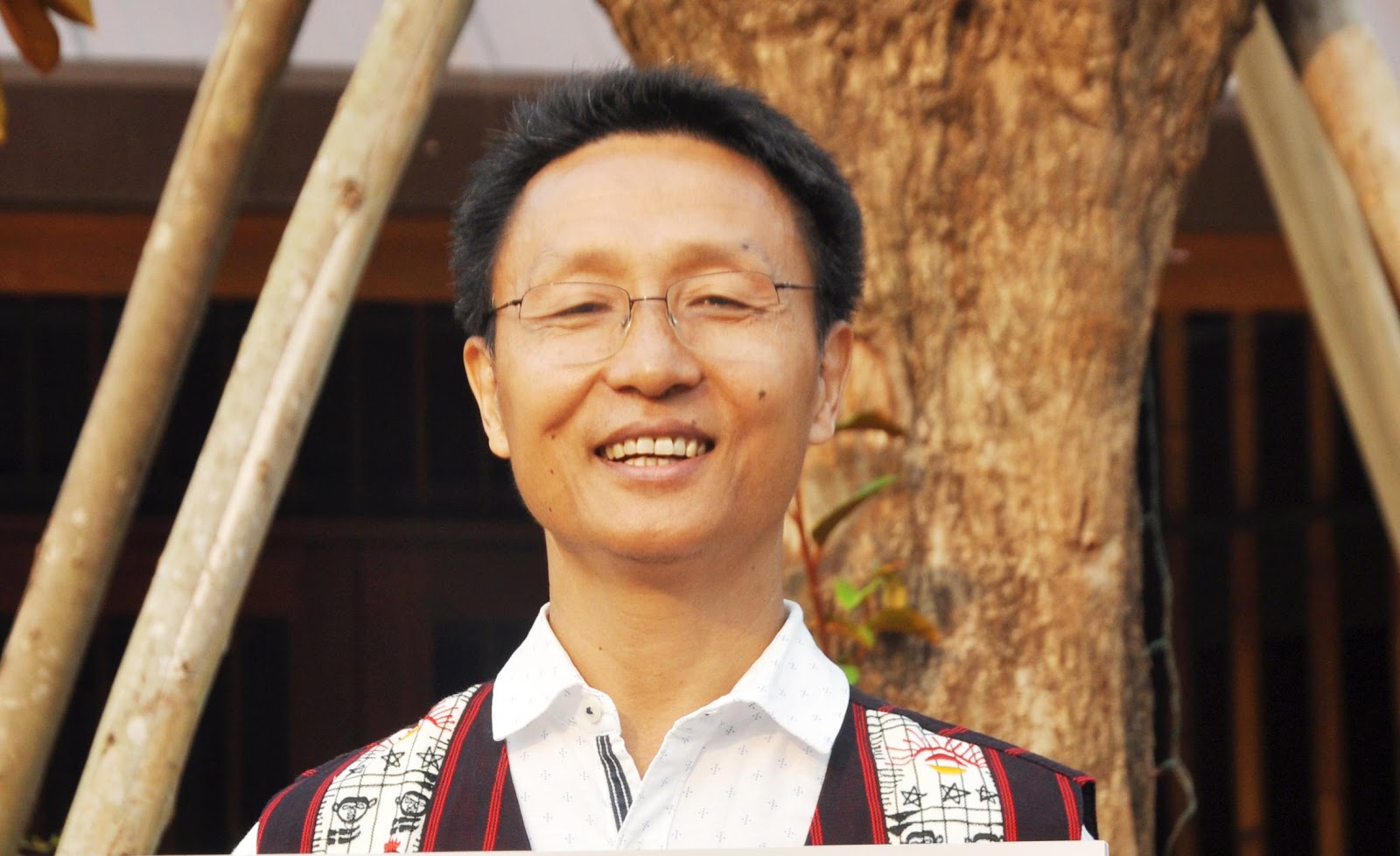 Can you tell us about the work of AIPP?

While our advocacy work is primarily focused on the regional and global levels, linkages with country-level processes are built through our members and networks. AIPP consolidates a common position of Indigenous organisations for regional and global advocacy. For this, we focus on building capacity in communities, consolidating Indigenous movements and setting a common agenda for collective campaigning and advocacy at the country level.

AIPP also focuses on building leadership and promoting distributive leadership across Asia, including among women, young people and persons with disabilities.

What was the situation of Indigenous peoples in Asia prior to the COVID-19 pandemic?

Prior to the COVID-19 pandemic, the political situation in Asia had been deteriorating, particularly in the past few years. We have seen an increasing clampdown on civil society and the restriction of democratic space for public debate and opinion formation in several Asian countries. Some public intellectuals attribute this trend to the retreat of political leadership from democracy and human rights.

The transitions to democracy from authoritarian governments in recent decades, such as the Philippines in the 1980s, Indonesia in the late 1990s and Nepal in the 2000s, have remained incomplete. Other countries, such as China, Laos and Vietnam, have de jure one-party systems, and Cambodia has a de facto one. In Myanmar, the military still holds a grip on the government, while Thailand’s tradition of high tolerance is yet to produce a stable democratic modern state. Further, rising populism is posing a serious threat to democracies. In India, the world’s largest democracy and arguably one of Asia’s strongest, we are seeing a continuous assault on autonomous institutions, from the judiciary to the central bank and the free press, under Prime Minister Narendra Modi’s populist government.

The result is that in the last few years, most of the human rights defenders killed have been Indigenous peoples. They lost their lives defending their rights, homes, lands, territories and resources.

These problems are also evidence of deeper and underlying issues that relate to the inadequacy of political and institutional capacity to address effectively the challenges of democracy and human rights in Asian countries. We are faced with moral and political questions that call for serious examination of the erosion of human rights standards and practices and the weakening of political and institutional capacity to respond to present social and political issues. The suffering experienced by poor people during the COVID-19 pandemic is evidence of this.

What challenges have Indigenous groups and activists faced under the pandemic?

Issues and challenges vary across countries as the situation differs. One of the main challenges relates to the fact that most governments in Asia initiated countrywide lockdowns without much preparation, leading to chaos. The situation was simply overwhelming, and we could not respond to the needs of activists, communities, or migrant labourers.

Migrant workers, refugees and stateless persons suffered the most, and those without ID cards struggled to prove their citizenship, which they needed to receive government aid. Most migrants and refugees lack proper documentation and errors in registration abound. Those left out from national registries are denied national ID cards.

Under the pandemic, racism against Indigenous peoples has intensified. The situation has been worst in India, where people from the north-eastern part of the country have been thrown out of their hotels and rented houses. They have been denied the ability to buy food from grocery shops and board public transport. They have been spat on and taken into custody without an explanation. Many people, including women, have been beaten up for no reason, and many in cities across India are living in fear.

In some countries, governments are using the situation as a cover for conducting military campaigns, grabbing land, granting permission for large-scale development projects, rolling back protective rights and weakening environmental laws and safeguards. Several activists and community members have been killed or jailed under trumped-up charges in countries such as Bangladesh, India, Myanmar and the Philippines. Community leaders have also been stopped by police and security forces from carrying out relief work and helping starving communities.

These incidents are grave in nature and there is extraordinarily little that we can do about them, as people cannot go out and protest or campaign, and can hardly access the courts. In India, e-petitions are allowed, and urgent matters are still heard by courts through video conferencing, but most communities are not familiar with such complicated processes and many do not even have proper internet access.

How have AIPP and other Indigenous rights organisations responded to the situation?

The first thing we did was reach out to our members and networks to gather information from the ground. We also responded to those reaching out to us for support. Our first action was to provide or mobilise relief, and particularly food for those in critical need, in different areas through our members and networks. Our outreach also focused on sharing information concerning Indigenous communities. This was necessary because misinformation has been overwhelming, leading to panic-driven reactions from communities. We shared appeals to communities calling for humane responses and disseminating good practices that communities could implement.

The situation is complicated because it is not just about responding to the pandemic. Indigenous peoples face multiple underlying issues. The least we could do was register our protest and conduct our campaigns through digital channels.

The COVID-19 pandemic has unfolded many hidden issues and poses new challenges. So we are assessing and making efforts to take the next steps to cope with the longer-term impact of the pandemic. In this regard, we have also formed a regional network for COVID-19 response, which is in the process of expansion. We will be coming up with a preliminary regional assessment report soon, which will help us plan better. We can already see that capacity building will be crucial as we adapt to what is called the ‘new normal’.

What further support do Indigenous groups need at this time?

The support that Indigenous communities need is enormous as the impact is going to be long term. But few things that must be stressed are the following.

First, we need to set up COVID-19 response cells with designated funds at the local level, with a team of designated nodal officers to coordinate with state or provincial authorities and civil society organisations to monitor Indigenous issues and provide the necessary support. The response team should also coordinate with the appropriate authorities to cater to the special needs of women, children, older people and persons with disabilities in Indigenous areas.

Second, we need to ensure that appropriate guidelines and instructions are issued to provincial and local authorities on measures to be taken for Indigenous peoples to deal with COVID-19 and lockdown, including on ensuring compliance.

Third, it is critical to raise awareness and ensure access to healthcare. It is important to prepare community-friendly information materials that clearly explain the nature of the disease, quarantine and containment measures and testing, helping dispel myths. Coordination between health department workers and traditional healers is needed to ensure that Indigenous knowledge systems are part of these response mechanisms. Localised and separate quarantine strategies encouraging natural environment and community participation should be promoted. COVID-19 care centres can be set up at the community level, managed by community healers and nurses.

In remote areas, mobile health units should be deployed involving community healers and health workers. Special attention should be given to areas with migrant workers who have returned home. Testing and quarantine facilities should be immediately provided to them. Access to health services in case of emergencies, including transportation, should also be provided. Access to safe water for cleaning and drinking is another critical need that should be ensured.

Ensuring food security and incomes and protecting livelihoods is also crucial given the known evidence of undernourishment in many Indigenous areas. Over at least the next six months it will be necessary to distribute free rations of nutritional food to everybody, irrespective of people’s migratory status or whether they have an ID card.

Lastly, it is urgent to strengthen non-timber forest produce (NTFP)-based livelihoods by urgently devising effective institutional mechanisms for collection, storage, procurement and sale. Dependence on NTFP is high across Asia. Financial and logistical support should be provided directly to the communities to help generate sustainable livelihoods. Communities living in protected areas must be allowed to have access to forests for livelihood purposes.

What lessons you have learned so far about the situation of Indigenous people under the pandemic?

Under the pandemic, the situation has been overwhelming, and the measures imposed by governments have led to acts of brutality from police and security forces. We saw hundreds of poor people die of starvation and those venturing out in desperation brutalised by the police.

The potential impact was looking grim, and had we not put our trust in the people and the communities, the efforts we made would have been far less successful. Relief work had to be efficient and putting our trust in community volunteers to do the job was the key to success, for instance in Malaysia and Thailand. Whatever resources were generated were transferred to them and they reported back on the actions carried out through phone or other means available to them.

Further, in our observation, several communities responded very well to the situation by initiating village lockdowns, regulating visits, quarantining returnees, or self-isolating themselves despite having little information or no appropriate resources and equipment. There were fears too but communities were quick in overcoming them and improved their responses. Communities have not just received relief from us or others, but some of them also contributed food for other communities in need. Most of those communities had worked with us and had successfully managed their food production systems and natural resources. They were not worried about food shortages; rather, their leaders used the opportunity to create awareness about the importance of improving local production and sustainable resource management. Personally, this has been inspiring.

We have also been inspired by communities organising themselves and using local healing practices and medicine to improve immunity and resistance to the disease, or establishing food exchange systems with little or no help  from the state, at a time when state-run programmes were not functional or did not arrive in time. Most importantly, this showed that devolution and community empowerment can be more effective in dealing with the crisis if resources and support are provided to such self-governing local institutions.