#BEIJING25: ‘We are outraged at discrimination and are turning our claims into action’

In the run-up to the 25th anniversary of the Beijing Platform for Action, due in September 2020, CIVICUS is interviewing civil society activists, leaders and experts about the progress achieved and the challenges ahead. Focused on eliminating violence against women (VAW), ensuring access to family planning and reproductive healthcare, removing barriers to women’s participation in decision-making and providing decent jobs and equal pay for equal work, the Beijing Platform for Action was adopted at the United Nations’ (UN) Fourth World Conference on Women in 1995. After 25 years, significant but unequal progress has occurred, not least as the result of incessant civil society efforts, but no country has yet achieved gender equality.

CIVICUS speaks to Viviana Krsticevic, Executive Director of the Center for Justice and International Law (CEJIL) and a member of the Secretariat of the Gqual Campaign, a global initiative seeking to promote gender parity in the composition of international organisations. 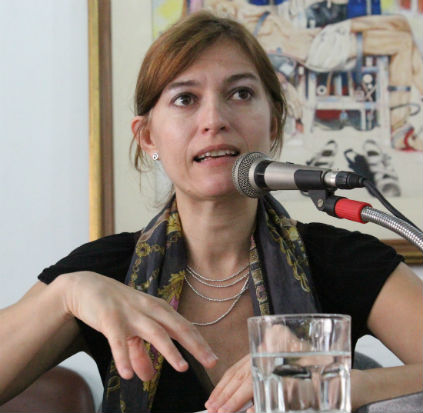 How much of the promise contained in the Beijing Platform for Action has been translated into actual improvements?

We still have a long way to go to ensure that women can live autonomously without the burden of discrimination. Clearly, there are disparities and different effects among women due to age, economic situation, skin colour, ethnicity, migrant status, rural condition and several other situations that partly define our experience. Global figures for disparities in education, access to health, property and positions of power show the enormous disadvantage that women are at in most societies and the differential weight of inequality.

For instance, according to data from UN Women updated to the first semester of 2020, only 6.6 per cent of heads of government worldwide are women, as well as 20.7 per cent of those in ministerial positions; likewise, women hold 24.9 per cent of all parliamentary seats. The under-representation of women is also reflected in other areas, such as access to education: globally, 48.1 per cent of girls are not attending school. It is also visible in the labour market, since women receive 23 per cent less income than men. The same can be said about the prevalence of gender-based violence: the UN Office on Drugs and Crime estimates that 87,000 women were victims of femicides worldwide in 2017, and that more than half – 50,000, or 58 per cent – were murdered by their partner or a member of their family.

In other words, there is a long way to go, but we have made significant progress in the 25 years since the Beijing Conference. Some important examples are the progress, made both through legal channels and on the streets, in rejecting sexist violence and femicide, the recognition of the differential effects of violence affecting Afro-descendant women, the policy changes aimed at tackling maternal mortality, advances in gaining access to government or legislative positions, the greater valuing of care tasks and the development of legal frameworks to deal with workplace harassment, among others.

In part, these advances were possible thanks to synergies between national-level change processes and international goal-setting and rights-recognition processes. In this sense, the Sustainable Development Goal (SDG5) on women's equality, agreed globally at the UN level, is one of the key tools to achieve respect for individual autonomy and the collective development of communities. To advance this goal agreed upon by governments, there are a series of institutional spaces that promote it at the international and regional levels.

In addition, there is the fact that many women from various sectors, in Latin America and the world, are outraged at discrimination and structural violence and are turning our claims into action. Initiatives such as #NiUnaMenos, #SayHerName and #LasTesis, among many others, have been examples of this. Engaging in analysis, protesting and making proposals are key to ensuring that discriminatory structures are overcome.

Why is equal gender representation important, and what is the situation in international institutions?

One of the most significant arguments of women and other movements in search of representation is that of equality, since often the absence of women in decision-making sites is not the result of their own choice but the effect of glass ceilings, implicit discrimination and the segmentation of labour markets, among other factors. On top of this, there is the argument of the impact of equal participation in terms of enriching debate, innovation and due diligence in decision-making and improving the legitimacy and sustainability of certain processes, among other possible beneficial effects of the inclusion of women in decision-making spaces. In the same spirit, several innovative international conventions have included clauses to promote gender equality and representation. UN General Assembly Resolution 1325 on peace and security also includes language on the need for women’s participation in peace processes.

At the international level, in the spaces where decisions are reached on war and peace, the evolution of international criminal law, the scope of human rights, economic law and environmental law, and various other key issues, women are underrepresented at extreme levels. For instance, the International Court of Justice currently includes only three female judges (19 per cent) and historically it has only included four women out of a total of 108 magistrates (3.7 per cent). Only one of the seven current members of the Inter-American Court of Human Rights is a woman (14.3 per cent), and in the International Criminal Court there are only six women out of a total of 18 members (33 per cent). Finally, 10 of the 56 special mechanisms of the UN to date have never been led by a woman.

In other words, women are on the fringes of the decisions that are made on most of the issues that are most significant for the future of humanity in the areas of politics, justice and peace. This reality contrasts with the recognition of the right to participation in the international arena under conditions of equality enshrined in Article 8 of the Convention on the Elimination of all Forms of Discrimination Against Women, widely ratified worldwide, and with the aspirations of balanced or equal participation proposed in various spaces of the UN system and other institutions.

How did the Gqual Campaign originate, what are its goals and what has it achieved so far?

Taking into account the reality of glass ceilings and the drastic regressions that have occurred recently in the composition of some bodies, a group of women and men convinced of the value of gender-balanced and diverse spaces joined in an initiative to promote gender parity in justice and monitoring institutions at the international level. With this objective in mind, we launched the Gqual campaign in September 2015. From this platform we promote individual and institutional commitments to gender parity in international representation, the development of research, standards and mechanisms to promote gender equality in international monitoring and justice institutions, vibrant and timely debate on the issue to advance the equality agenda, and the creation of a community of discussion and action around the issue.

Among the campaign’s actions are the monitoring and distribution of information on available positions in the sphere of international justice. We send letters and post information on networks calling attention to opportunities and disparities, we promote academic research, and we make proposals to modify the procedures for the nomination and selection of those who occupy positions in justice and monitoring institutions at the national and international level. Among our most interesting initiatives is a ranking that includes the number of men and women in these positions, by country. We also hold meetings of experts to contribute to the development of specialised documents. Additionally, we create synergies with selection processes in judicial spaces at the national level and participate in debates on representation at the national and international levels, in order to advance the broader agenda of political and social change towards equality.

I would like to invite you to join the online campaign and to follow and interact with it on social media. Since the launch of the campaign, we have made progress in debating the issue and have had several significant achievements, including resolutions by the UN and the Organization of American States on gender balance in the composition of international bodies, the systematisation of information on the composition of positions at the UN level disaggregated by gender, and excellent research that supports the international obligations of states and international organisations, among several others. By working for women's access to international spaces in conditions of parity, the Gqual Campaign promotes several of the commitments expressed in the SDGs: equality, access to justice, the fight against poverty and commitment to peace.

What support from international civil society is needed to continue promoting the campaign?

The greatest support that international civil society could give to the campaign would be to join the debate on the importance of ensuring women’s equal participation in international monitoring and judicial institutions. Depending on their possibilities, each person, organisation or institution might help advance more specific agendas at the local or international level in synergy with the campaign’s objectives. They can do so, for example, by encouraging their country’s government to monitor its nationals who occupy elected positions, doing field research on selection processes, writing about constitutional obligations or those derived from international law to guarantee equal access to international representation, running public awareness campaigns, or contributing to the campaign’s blog or writing about it in local newspapers. Given the structural inequality and the inertia that makes some governments reluctant to act, civil society and citizens must demand that the authorities ensure that women are nominated and considered for decision-making positions at the international and national levels. Civil society can also help drive the debate by collecting data and publishing analyses and studies.

I want to emphasise that due to the nature of the campaign – which arose from the initiative of women who advocate for equality and who mostly donate their time to move it forward – we are grateful for any contribution of time or donation aimed at supporting the campaign’s work and initiatives. We want a more just, equal and peaceful world, and for that we need women to intervene on an equal footing in making the decisions that concern us all.

CIVICUS speaks with Alicia Amarilla, national coordinator of the Organisation of Peasant and...