HONG KONG: ‘The National Security Law infringes on freedom of expression and is intensifying self-censorship’

CIVICUS speaks with Patrick Poon, an independent human rights researcher, on the human rights situation in Hong Kong after a new National Security Law (NSL) was passed in June 2020. Patrick is a PhD researcher at the University of Lyon, France, and has previously worked as a China Researcher at Amnesty International and in various positions at China Human Rights Lawyers Concern Group, Independent Chinese PEN Center and China Labour Bulletin.

Civic space in Hong Kong is under renewed attack since mass protests for democratic freedoms, sparked by a proposed Extradition Bill, began in June 2019. The CIVICUS Monitor has documented excessive and lethal force by the security forces against protesters, arrests and the prosecution of pro-democracy activists as well as a crackdown on independent media. 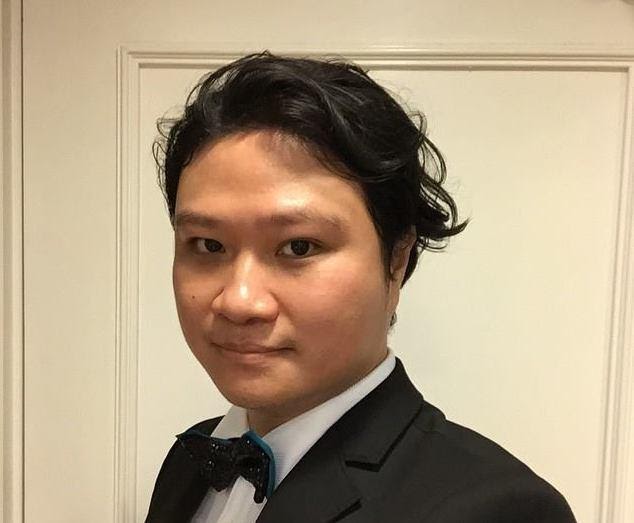 Why has the NSL been imposed in Hong Kong and what have its impacts been so far?

The NSL, imposed by the Chinese government on 20 June 2020, without any consultation or legislative oversight, empowers China to extend some of its most potent tools of social control from the mainland to Hong Kong. The law includes the creation of specialised secret security agencies, allows for the denial of the right to a fair trial, provides sweeping new powers to the police, increases restraints on civil society and the media and weakens judicial oversight.

The new law undermines Hong Kong’s rule of law and the human rights guarantees enshrined in Hong Kong’s de facto constitution, the Basic Law. It contravenes the International Covenant on Civil and Political Rights, which is incorporated into Hong Kong’s legal framework via the Basic Law and expressed in its Bill of Rights Ordinance.

The Chinese government’s intention is to use the NSL to curb advocacy and support for independence as more people, especially young people, have increasingly embraced Hong Kong’s autonomy and their identity as Hongkongers. Although Hong Kong’s Basic Law enshrines a high degree of autonomy, the Chinese government apparently regards calls for autonomy and self-governance as a ‘danger to national security’.

The NSL has seriously infringed Hong Kong people’s freedom of expression and is intensifying self-censorship in the city. Under the NSL, people who advocate for independence, as well as politicians and prominent figures who support foreign governments’ sanctions on Hong Kong and Chinese officials who are responsible for enacting the NSL, have been the target of the arbitrary arrests. The government is obviously attempting to scare off others not to follow these people’s calls.

Independent media have also been affected by the crackdown. The arrests of Jimmy Lai, media mogul and founder of popular local paper Apple Daily, and senior executives in his company, signify the government’s attempt to punish news media that are critical of it. Reports about criticism against the NSL and calls for sanctions by foreign government officials become the excuse for the crackdown on independent media. This will have long-term impact on Hong Kong media, even further intensifying self-censorship for some media outlets.

How have civil society and the pro-democracy movement responded?

Civil society has reacted strongly against the law because the process to enact it violated the principle of the rule of law and procedural justice in Hong Kong, and the vague and broad definitions of various provisions of the law exceed the normal understanding of law in the city. Pro-China politicians and government officials have been trying hard to justify the law, but their arguments are preposterous.

How have the opposition and civil society reacted to the government’s decision to postpone the legislative election due to the COVID-19 pandemic?

The 2020 Hong Kong Legislative Council election was originally scheduled for 6 September 2020, but in July the Hong Kong Chief Executive, Carrie Lam, cited an upsurge in COVID-19 infections and used her emergency powers to postpone it for a whole year, so now it’s expected to take place on 5 September 2021. She denied that the change was due to any political speculation, but it was in fact a blow for pro-democracy activists, who were seeking a majority on the Legislative Council.

In the midst of massive protests, pro-democracy candidates had already won by a landslide in the 2019 District Council election. Along with the new NSL, the postponement of the election was viewed as part of the government’s strategy to neutralise the pro-democracy movement. Just prior to the announcement that the election was being postponed, 12 opposition candidates were disqualified from running, and four young former members of a pro-independence student group were arrested under the NSL for their pro-independence posts on social media.

Civil society in Hong Kong needs to work together to ensure that the Chinese government and the Hong Kong government will not abuse the NSL to curb all dissenting views and closely monitor if the government abides by the principle of the rule of law and international human rights standards.

The international community should continue speaking up against the Chinese and Hong Kong government’s crackdown on  civil society and keep raising concerns about the NSL, which is being forcibly imposed on Hong Kong by the Chinese government in the name of national security, but in fact is no more than an attempt to silence dissenting views in the city. The international community should send a clear message that national security should not be used as an excuse to crack down on the freedom of expression.