UGANDA: ‘No candidate can possibly win the election without young people’s votes’

Mohammed is an experienced and impassioned human rights defender and peacebuilder with over 15 years of activism in human rights and atrocity prevention at the grassroots, national and international levels. He was awarded the 2014 European Union Human Rights Award for Uganda, has served on the Steering Committee of The Coalition for the Criminal Court (2007-2018) and the Advisory Board of the Human Rights House Network in Oslo (2007-2012), and currently serves on the Management Committee of The Uganda National Committee of Prevention of Genocide and Mass Atrocities. 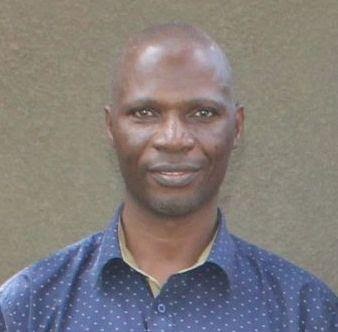 What is the state of civic space in Uganda ahead of the much-anticipated 2021 elections?

Civic space in Uganda may be characterised as harassed, stifled and starved. It would seem like civil society has been on a slippery slope of sorts, with things turning from bad to worse. For instance, civil society organisations (CSOs) have witnessed a wave of brazen attacks against their physical space in the form of office break-ins and broad-daylight workplace raids. In the meantime, there seems to be no let-up in the waves of attacks against CSOs, and especially against those involved in human rights and accountability advocacy. Over the past few years, an array of legislation and administrative measures has been unleashed against CSOs and others, including the Public Order Management Act (2012) and the NGO Act (2016).

Ahead of the general and presidential elections, which will be held on 14 January 2021, the Minister of Internal Affairs has ordered all CSOs to go through a mandatory validation and verification process before they are allowed to operate. Many CSOs have not been able to go through it: by 19 October 2020, only 2,257 CSOs had successfully completed the verification and validation exercise, including just a few that do mainstream advocacy work on governance.

Ugandan CSOs are largely donor-dependent and had already been struggling with shrinking financial resources, severely affecting the scope of their work. This situation became compounded by the COVID-19 outbreak and the lockdown that was imposed in response, all of which impaired CSO efforts to mobilise resources. Therefore, these three forces – harassment, restrictions and limited access to funding – have combined to weaken CSOs, pushing most of them into self-preservation mode.

The stakes for the 2021 elections seem to be higher than in previous years. What has changed?

The situation started to change in July 2019, when Robert Kyagulanyi, better known by his stage name, Bobi Wine, announced his bid to run for president as the candidate of the opposition National Unity Platform. Bobi Wine is a singer and actor who is also an activist and a politician. As a leader of the People Power, Our Power movement, he was elected to parliament in 2017.

Bobi’s appeal among young people is enormous, and let’s keep in mind that more than 75 per cent of Uganda’s population is below the age of 30. This makes young people a significant group to be wowed. No candidate can possibly win the Ugandan election without having the biggest chunk of young people’s votes. In the upcoming presidential race, it is Bobi Wine who appears most able to galvanise young people behind his candidature. Although not an experienced politician, Bobi is a charismatic firebrand who has been able to attract not just young people but also many politicians from traditional political parties into his mass movement.

Bobi Wine, long known as the ‘Ghetto President’, has taken advantage of his appeal as a popular music star to belt out political songs to mobilise people, and his roots in the ghetto also guarantee him an appeal in urban areas. It is believed that he has motivated many young people to register to vote, so voter apathy among young people may turn out to be lower in comparison to past elections.

Given the ongoing cut-throat fight for young people’s votes, it is no surprise that the security apparatus has been unleashed against young people in an apparent attempt to stem the pressure they are exerting. Political activists linked to People Power have been harassed and, in some instances, killed. People Power’s political leaders have been intermittently arrested and arraigned in courts or allegedly kidnapped and tortured in safe houses. In an apparent attempt to make in-roads into the ranks of urban young people, President Yoweri Museveni has appointed three senior presidential advisors from the ghetto. This raises the spectre of ghetto gangster groups and violence playing a role in the upcoming presidential elections.

Restrictions on the freedom of expression and internet use have been reported in previous elections. Are we likely to see a similar trend now?

We are already seeing it. Restrictions on the freedoms of expression and information are a valid concern not just because of hindsight, but also given recent developments. For instance, on 7 September 2020 the Uganda Communications Commission (UCC) issued a public notice stating that anyone wishing to publish information online needs to apply for and obtain a licence from the UCC before 5 October 2020. This will mostly affect online users, such as bloggers, who are paid for published content. Obviously, this is meant to stifle young people’s political activities online. And it is also particularly concerning because, as public gatherings are restricted due to COVID-19 prevention measures, online media will be the only method of campaigning that is allowed ahead of the 2021 elections.

There is also increasing electronic surveillance, and the possibility of a shutdown of social media platforms on the eve of the elections may not be too remote.

How has the COVID-pandemic affected civil society and its ability to respond to civic space restrictions?

The COVID-19 pandemic and the measures taken in response have exacerbated the already precarious state in which the CSOs find themselves. For instance, civil society capacity to organise public assemblies and peaceful demonstrations in support of fundamental rights and freedoms or to protest against their violation has been restricted by the manner in which COVID-19 standard operating procedures (SOPs) have been enforced. This has resulted in the commission of blatant violations and onslaughts against civic space. For instance, on 17 October 2020, the Uganda Police Force and the Local Defense Units jointly raided thanksgiving prayers being held in Mityana district and wantonly tear gassed the congregation, which included children, women, men, older people and religious leaders, for allegedly flouting COVID-19 SOPs.

As the enforcement of COVID-19 SOPs gets intertwined with election pressure, it is feared that the clampdown on the freedoms of peaceful assembly and association will be aggravated. Regrettably, CSOs already find themselves restricted.

The situation in which Ugandan civil society finds itself is such that it requires the urgent support and response of the international community. There is a need to turn the eyes towards what is happening in Uganda and to speak up to amplify the voices of a local civil society that is increasingly being stifled. More specifically, Ugandan CSOs could be supported so they can better respond to blatant violations of freedoms, mitigate the risks that their work entails and enhance their resilience in the current context.

By Andrew Firmin and Inés Pousadela The pattern is now clear. In country after country, those who...