ANGOLA: “The ruling party sees local elections as a threat” 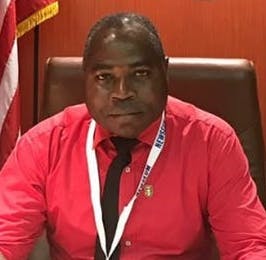 CIVICUS speaks about the situation in Angola with Pascoal Baptistiny, Executive Director of MBAKITA  – Kubango Agricultural Benevolent Mission, Inclusion, Technologies and the Environment, a civil society organisation based in the Cuando Cubango province in southern Angola. Founded in 2002, MBAKITA defends the rights of Indigenous peoples and traditional communities, denounces the discrimination they suffer and the expropriation of their lands, and promotes a more just, democratic, participatory, tolerant, supportive, healthy and humane society.

What is the state of civic space in Angola, and what are the main constraints faced by Angolan activists?

The repression of civic space in Angola is one of the biggest challenges facing Angolan civil society today. Activists suffer arbitrary and illegal arrests, torture and ill-treatment, abductions, killings, harassment and disappearances by government forces, police and state intelligence services. This repression has made many Angolans careful about what they say in public. The few organisations that defend human rights in Angola often do so at great risk to the activists involved and their families.

Could you tell us about the restrictions you and your colleagues faced in 2020?

In 2020, my MBAKITA colleagues and I faced obstacles aimed at preventing, minimising, disrupting and reversing the impact of our organisation’s legitimate activities that focused on criticising, denouncing and opposing rights violations and ineffective government positions, policies and actions.

The various forms of restriction we experienced included arbitrary restrictions and the interruption of demonstrations and meetings; surveillance; threats, intimidation, reprisals and punishments; physical assaults; smear campaigns portraying MBAKITA members as ‘enemies of the state’ and mercenaries serving foreign interests; judicial harassment; exorbitant fines for the purchase of means of transport; burglary of our offices and theft of computer equipment; search and seizure of property; destruction of vehicles; the deprivation of employment and income; and travel bans.

In addition, 15 activists were arbitrarily detained and ill-treated during the COVID-19 prevention campaign. On 1 May my residence was invaded, and its guards were teargassed. On 16 November, two female activists were raped. Fatalities for the year included three of our activists and one protester.

What kind of work does MBAKITA do? Why do you think it has been targeted?

MBAKITA is an organisation that defends and promotes human rights. We work to promote, protect and disseminate universally recognised human rights and freedoms, and especially the rights to the freedoms of association, peaceful assembly and expression, the freedom of the press, the right to self-determination by Indigenous peoples, the rights to land, adequate food, clean water and the environment, and the fight against torture and ill-treatment.

We challenge violations of the civil, political, economic, social, cultural and environmental rights of Indigenous and migrant people, ethnic and linguistic minorities, LGBTQI+ people and people with disabilities.

My organisation uses peaceful and non-violent means in its activities. However, we have faced incalculable risks as a result of our human rights work in the southern provinces of Angola.

MBAKITA has been systematically attacked for several reasons. First, because in 2018 we denounced the death of four children during Operation Transparency, an action against diamond trafficking and undocumented migrants carried out by the Angolan police and armed forces in the municipality of Mavinga, in the Cuando Cubango province. Second, because in 2019 we denounced the diversion of funds intended to support drought victims in Angola’s southern provinces by provincial governments. Third, because in April 2019, two activists of the organisation denounced the illegal appropriation of land by political businesspeople – generals, legislators and governors – in territories belonging to the San and Kuepe Indigenous minorities and used for hunting, fishing and gathering wild fruits, which make up the diet of these groups. Fourth, because in February 2020 MBAKITA denounced the diversion of funds designated for the purchase of biosecurity products for the prevention of COVID-19 and the diversion of food destined for the Basic Food Basket Assistance Programme for Vulnerable Groups. Fifth, because we participated in and conducted an awareness-raising campaign on COVID-19, which included the distribution of biosecurity materials purchased with MISEREOR-Germany funds. And finally, because we participated in all demonstrations held by Angolan civil society, including the most recent one on 9 January 2021, focused on the fight against corruption and the demand for local elections, under the slogan ‘Local elections now, 45 years in power is too long!’ and for the fulfilment of various electoral promises, including those of 500,000 jobs, the reduction of the cost of living for families and the socio-economic inclusion of Indigenous minorities.

Why were the elections scheduled for 2020 cancelled?

For one thing, because of the COVID-19 pandemic. But aside from this deadly pandemic, the government was never interested in holding local elections in 2020. The ruling party, the Popular Movement for the Liberation of Angola (MPLA), sees local elections as a threat to central power and fears losing its grip on power. It fears introducing an element of voter control over local government, that is, citizen participation and control over the management of public funds. The government thinks that the people will wake up to the idea of the democratic state and the rule of law, and that many people will become aware of their rights and duties. This would run counter to the MPLA’s intention, which is to perpetuate itself in power.

The promise of local democracy in Angola has been a failure. Three years into his term in office, President João Lourenço has failed to deliver even 10 per cent of his electoral promises, leaving 90 per cent of Angolans in a state of total scepticism.

In Angola, the party that has been in power for more than 45 years does not tolerate free people. Today, human rights defenders lose their jobs, are unable to feed their children, lose their careers and even their lives if they dare to be free, to desire democracy and to exercise their freedom.

What are the prospects that the situation will change in the near future?

For the situation to change, civil society has a lot of work to do. The most important and urgent actions are acquiring training in individual, institutional and digital security, learning English, obtaining observer status with the African Commission on Human and Peoples’ Rights, observing and participating in demonstrations and other public events, advocating and lobbying for the legalisation of human rights organisations, conducting prison visits, including interviews with prisoners and gathering evidence of torture, ill-treatment and imprisonment conditions, observing trials of activists in the lower courts, fundraising for the sustainability of human rights defenders’ activities, and monitoring the 2021 local elections and the 2022 general elections.

What kind of support do Angolan activists need from international civil society to be able to continue their work?

Needs are enormous and varied. Activists urgently need protection and security, including training in risk analysis, security planning and international and regional human rights protection mechanisms, as well as skills in investigating, litigating, documenting, petitioning and reporting human rights violations. Specifically, MBAKITA would like to receive technical assistance to assess what security arrangements could be put in place to increase the physical protection of the organisation’s office and my residence, as well as financial support for the purchase of such arrangements, such as a security system or a video surveillance camera.

Assaulted activists, and especially the 15 MBAKITA activists who have been direct victims of repression and torture at the hands of government forces, also need post-traumatic psychological assistance. Financial assistance would help us pay the fees of the lawyers who worked for the release of six activists who were imprisoned between August and November 2020. It would also help us replace stolen work equipment, without which our ability to work has been reduced, including two vehicles, computers, memory cards, a digital camera and a camcorder.

In the case of activists threatened with arbitrary detention, kidnapping or assassination, who have no choice but to leave the country or their region of origin quickly, we need support for transportation and provisional accommodation. Our activists would also benefit from exchanges of experience, knowledge and good practice, opportunities to strengthen their knowledge of digital security, training in journalistic and audio-visual techniques and the acquisition of English language skills.

Finally, the operation of organisations and their sustainability would be helped by obtaining support for the installation of internet services and the creation of secure websites, the acquisition of financial management software and resources to recruit permanent staff, so that staff members are able to support their families and fully dedicate themselves to the defence of human rights.

Civic space in Angola is rated ‘repressed’ by the here.
Get in touch with MBAKITA through its Facebook page.