THAILAND: ‘Young people question the government abusing their rights and compromising their future’

CIVICUS speaks to Amnesty International Thailand’s executive director, Piyanut Kotsan, about the Thai pro-democracy movement and the repression of protests. Established in Bangkok in 1993, Amnesty International Thailand has more than 1,000 members across Thailand. Its work focuses on the promotion of the freedoms of online and offline expression and peaceful assembly, human rights education, abortion rights and the rights of people on the move, while denouncing torture, enforced disappearances and the death penalty. 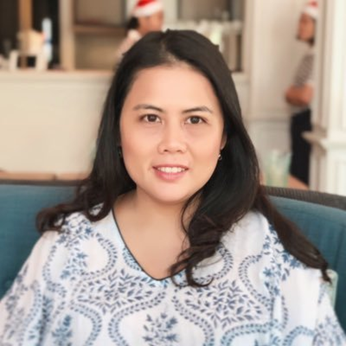 What is the state of civic freedoms in Thailand?

Thailand has experienced mass gatherings and protests throughout the country since January 2020. In response, a set of national laws, and notably the 2015 Public Assembly Act, has been used to prosecute those engaged in protests. The Public Assembly Act is deliberately vague and ambiguous and gives police officers excessive room for interpretation, so it can be easily used to criminalise any participation in demonstrations.

In March 2020, the Emergency Decree was invoked to declare a state of emergency across the country to prevent COVID-19 transmission. The government extended the state of emergency in late May, while in October, in view of the protests that did not subside, it invoked the Severe Emergency Decree, allegedly to protect Thailand’s national security and public order. As a result of the enforcement of these decrees, hundreds of people have been prosecuted.

In short, Thailand’s situation on the ground has not yet improved, although some regulations, including the National Council for Peace and Order’s announcements issued by the military junta that ruled the country between 2014 and 2019, were abolished to pave the way for the March 2019 general election.

What triggered the latest protests in Thailand?

There were protests in early 2020, mostly on university campuses, that ended when the pandemic erupted. Protests resumed in July, triggered by the impact of the pandemic and the enforcement of the lockdown Emergency Decree, and rapidly spread nationwide.

As well as dissatisfaction with the management of the pandemic and anger at the fact that the pandemic was being used as an excuse to suppress dissent, protesters questioned the dissolution of a pro-democracy party, the Future Forward Party. Young people in particular voiced their opinions regarding political uncertainty and the ways the government had abused their rights and compromised their future. They pointed out that after the first Emergency Decree, which was ostensibly introduced to protect people’s lives and aimed to limit only the right to the freedom of movement, additional regulations and announcements had been issued, revealing the government’s aim to limit people’s right to peaceful assembly and expression. Thus, a wide range of repressive tactics was observed in 2020, and this trend appears to be continuing into 2021, as emergency laws and the charges brought as a result have not yet been lifted.

Among protesters are people who had engaged in earlier protests, following the 2014 coup. However, most protest leaders now are young university students, and many children are participating in the protests. As a result, four children have been charged with serious crimes, including lèse-majesté, which prohibits defaming, insulting, or threatening the royal family, and sedition, a vaguely defined offence that may apply to anyone sharing their political views. These offences carry long prison sentences.

Protesters are demanding an end to harassment against the people and arbitrary government power, and calling for the prime minister to step down, for parliament to be dissolved, for a new constitution to be drafted and for the monarchy to be reformed. The monarchy is shielded from criticism by the lèse-majesté provision, so these are quite radical demands. Some groups have even proposed a list of 10 recommendations concerning monarchical reform and have demanded that these provisions are enshrined in the new constitution.

How have the authorities reacted to the protests?

The government response has not complied with the law. Most of its actions are aimed at suppressing and limiting people’s rights to peaceful assembly and expression. Both judicial harassment and physical harassment are used to prevent people from engaging with protests and other kinds of gatherings.

As of 14 February 2021, at least 358 people have been prosecuted in 198 cases. Most of them have been charged with the violation of the Emergency Decree and other provisions in the Penal Code, including sections 112 (royal defamation), 116 (sedition) and 215 and 216 (public order), along with other acts such as the Communicable Disease Act, the Public Assembly Act, and the Traffic Act.

What support would protesters need from the international community?

Protesters are receiving help from some Thai civil society organisations that provide legal assistance and emergency funding or advocate with the government and in international forums to uphold their rights to participate in peaceful assemblies and express their views according to international standards.

In order to contribute, the international community needs to put pressure on the government to listen to protesters’ demands, including by guaranteeing a safe space for them to exercise their freedoms of peaceful assembly and expression.

Civic space in Thailand is rated as ‘repressed’ by the CIVICUS Monitor.

CIVICUS and TAPOL regret the revision and renewal of the Special Autonomy Law in West Papua (Papua and...