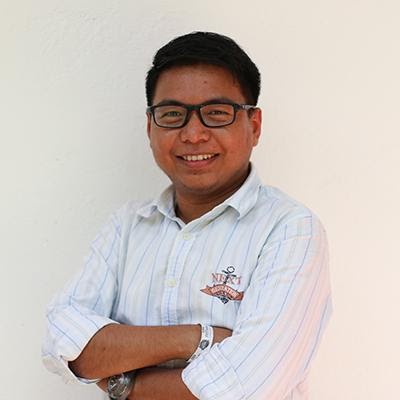 CIVICUS speaks to Nay Lin Tun, a medical doctor who regularly volunteers with rescue teams in emergency areas in the city of Yangon, Myanmar. Since the military seized power through a coup on 1 February 2021, the army has launched a brutal crackdown against the Civil Disobedience Movement (CDM), a protest movement that spread across the country. Medical workers have played a key role in the movement.

Ever since the coup, Nay Lin Tun has been on the frontline treating protesters injured by the security forces. He previously worked in Rakhine State providing mobile community-based medical care to Rohingya people and other internally displaced populations in conflict-affected areas. He was also involved in the Goalkeepers Youth Action Accelerator campaign dedicated to accelerating progress towards the UN Sustainable Development Goals.

What has the situation been since the coup? How has the medical system been affected?

Since the military coup occurred on 1 February, our lives entered darkness: internet access, the freedom of expression, the freedom of speech and all our basic human rights have been denied. I cannot believe that such a military coup can still happen in the 21st century. We live in a cycle of fear every day and are afraid of getting arrested or killed for no reason.

People were already in a stage of desperation before the coup, due to the social and economic hardships associated with the COVID-19 pandemic. They were hoping that their business would recover and grow when COVID-19 infection figures fell in Myanmar. Now, all these plans are gone. People have said they would rather die fighting for a democratic future than live under a military junta.

Almost all government departments and ministries are shut down because the CDM is boycotting all services linked to the military and promoting labour strikes and walkouts by civil servants and other workers. Health systems have all collapsed.

Worryingly, COVID-19 prevention and control mechanisms have also stopped since the coup, as has the vaccination campaign. The authorities bought 30 million COVID-19 vaccine doses from the Indian government, which were shipped in January and April 2021. But there are lots of data discrepancies between those who have received the first dose and those who have received the second: 1.54 million people have received the COVID-19 vaccine once but only 0.34 million have been vaccinated for a second time. This shows the failure of the vaccination programme. In addition, the COVID-19 surveillance system has been slow and has low testing capacities. This puts many people at risk in case a third or fourth wave of COVID-19 hits Myanmar.

How are medical workers responding to the pandemic and the coup?

Myanmar healthcare professionals have shown their strength and commitment, and have been hailed as COVID-19 heroes, since the beginning of the 2020 COVID-19 outbreak. At that time, there were not enough resources to treat those infected and cases began rising; deaths reached a total of 3,209 (according to the Ministry of Health and Sports (MOHS) website, COVID-19 Dashboard data updated on 4 May 2021). But, due to our admirable health heroes and good leadership, the slope of COVID-19 infections declined in late 2020 and people in Myanmar began to receive vaccines in the last week of January 2021. Myanmar was the third country to have a COVID-19 vaccination programme in the ASEAN (Association of Southeast Asian Nations) region, right after more developed countries such as Indonesia and Singapore.

But all these positive developments have been destroyed overnight. On 1 February, all elected government officials, including State Counsellor Daw Aung San Suu Kyi, were detained. People have not been willing to accept this takeover by an abusive military junta and are showing their anger on the streets. The military forces have brutally cracked down on the protests with lethal weapons and real bullets. This has led to 769 people being killed as of 4 May, according to data from the Assistance Association for Political Prisoners (AAPP). Due to the military coup, government workers left their jobs to join the CDM. It was medical workers from the MOHS who initiated this movement, and they were followed by those in other departments and ministries.

Therefore, the military has targeted government staff involved in the CDM protest movement and those who support them. They have tried to arrest them using a new provision in the Penal Code, Section 505A, that can be used to punish comments regarding the illegitimacy of the coup or the military government, among other violations. These are punishable with up to three years in prison.

By doing so, the military turned medical workers from heroes to criminals overnight. The military spokesperson for the Tatmadaw Information Team, Brigadier-General Zaw Min Tun, has even accused government doctors who withdrew their services after joining the CDM of murdering people in cold blood.

In reality, CDM doctors are helping the public in various ways, including by providing free treatment at private hospitals and charity clinics, making home visits and providing telephone counselling. Due to the military coup, people have faced numerous challenges and insecurity both day and night. Curfews are in place from 8 pm to 6 am in all states and regions except Rakhine State. In addition, the internet is blocked for those accessing it via SIM cards and Wi-Fi services; as a result, most people lack internet access and the flow of information is restricted. All these conditions have had a major impact on people’s ability to reach out to healthcare services on time.

What risks do medical workers face for speaking out?

Currently, all the medical doctors who help anti-coup protesters risk arrest and those who joined the CDM are on an arrest list. Up to now, according to AAPP data, more than 4,700 people, including elected leaders, election commissioners, anti-regime protesters, teachers, doctors, journalists, writers, artists and civilians, have been arrested since the coup. Therefore, if we speak out, we face a high risk of arrest anytime, any day in any place.

According to the latest information, not even free charity clinics are now allowed to accept CDM doctors or admit wounded patients for treatment. The military is also acting against private hospitals, which are forced to shut down, and have their doctors arrested if they accept CDM doctors’ consultations.

Have you witnessed military violence against civilians?

On the evening of 9 April, reports began emerging that security forces had killed scores of people in the city of Bago, about 80 kilometres north-east of Yangon, after unleashing heavy weapons and grenades to disperse protesters occupying barricades. Before launching the operation in Bago, the armed forces had blocked the roads, preventing ambulances from picking up the wounded, many of whom were eventually dumped in a monastery compound.

At least 80 people were killed in Bago that day, but the final death toll will probably never be known. Something else we will likely never know is how many of the wounded died because they did not receive treatment. I arrived in Bago three days later to help treat the wounded. It was a difficult task. Many injured protesters were in hiding, for fear they would be arrested if they sought treatment. We were also told that volunteer medical workers had been detained by the security forces.

As a frontline medical volunteer, I have regularly witnessed the brutality of the junta’s operations to disperse protesters. The first time was during a protest near Thanlyin Technological University in the outer south-eastern Yangon Region on 9 March. Troops had occupied the campus, and students were protesting peacefully to demand that they leave. The security forces suddenly opened fire with live rounds, leaving several people injured. We began treating some of the injured in a safe house not far from the site of the protest, but then soldiers arrived nearby, and we had to quickly evacuate the patients to another safe house. Thankfully, we managed to get them to a safe location and continued treating them.

How can the international community support medical workers?

Attacks on health facilities and personnel must be documented by national and international bodies. We are lucky that the World Health Organization has a surveillance system on attacks on healthcare facilities and personnel, which are recorded daily. From 1 February to 30 April, there were at least 158 attacks on healthcare facilities, vehicles, staff and supplies, as well as against patients, resulting in 11 deaths and 51 injuries. These facts help people understand the scope of the problem and can guide the design of interventions to prevent and respond to the attacks. But in Myanmar, there isn’t a leading organisation that can take action to prevent attacks and violence against healthcare personnel. Therefore, we need international pressure on Myanmar authorities and need international humanitarian organisations to address this issue seriously.

What is your hope for Myanmar?

I wish for a day when all our healthcare workers receive full respect in accordance with our professional role. In other countries, medical professionals also held protests against their government, but their governments engaged with them and worked out agreements to end the protests because medical workers deal with millions of patients and in a democracy, their protests could have an impact on elected officials. Therefore, doctors’ strikes in other countries did not last long.

It is the opposite in Myanmar. The military has unleashed a brutal crackdown on striking doctors and has arrested health workers. Doctors who are involved in the CDM can be sentenced to up to three years of imprisonment. CDM doctors have also been arrested at their homes and even in their clinics while providing treatment to patients. Therefore, it will be a very meaningful day for all our medical workers in Myanmar when we get full respect for our work.

We also aspire to have a professional body that can protect all healthcare workers from attacks. The Myanmar Medical Association and Medical Council have silently witnessed the arrest of our brothers and sisters in the medical sector. We should receive full protection from a strong medical association.

Last but not least, according to medical ethics reflected in the Hippocratic Oath, we have a full duty of care for the safety of patients that require treatment. Treatment of needy patients in an emergency should not be seen as a crime. But our medical teams are targeted for arrest for providing medical assistance. We wish one day all our medical workers will have freedom of care with no limitation.

His Excellency Somsak ThepsuthinMinister of JusticeMinistry of Justice, The Government Complex,...