COP26: ‘In response to pressure from below, COP26 should develop interventions for just climate action’

CIVICUS speaks with Caroline Owashaba, team leader at Action for Youth Development Uganda and volunteer coordinator of the Girls Not Brides Uganda Alliance. 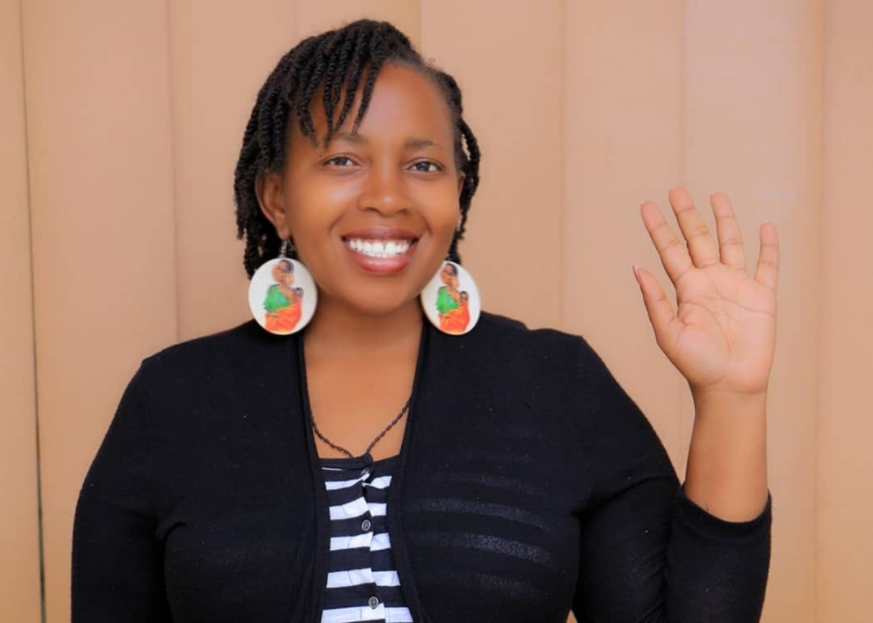 What is the key environmental issue in your country that you are working on?

A key issue in Uganda is the use of large quantities of single-use plastic bags, which have extreme environmental effects. Plastic bags take many years to decompose; they release toxic substances into the soil and, if burned, into the air; they block drains and may cause flooding; and they kill animals that eat them confusing them for food or that get entangled in them.

A measure to ban the manufacture, sale and use of plastic bags was passed back in 2018, but manufacturers lobbied hard to get more time before the ban went into effect, and as a result its enforcement has been slow and largely ineffective. So earlier in 2021, the government decided to enforce new measures to that effect, alongside a bigger package of environmental measures.

While the government works to enforce the ban on single-use plastic bags, we are working on an initiative to produce alternative, eco-friendly and biodegradable materials. This is quite urgent, because right now, if the ban on plastic bags was actually enforced, the supply of biodegradable packaging options would by no means be enough.

Action for Youth Development Uganda (ACOYDE) is implementing a project named CHACHA (Children for Alternative Change), which uses banana fibre to produce a variety of useful items, such as door and table mats, pillows, interior decorative items and, of course, bags. The waste generated from the banana fibre extraction and the manufacture of these items is recycled to produce high-quality charcoal briquettes that are used as a heat source by young people and women involved in the project in both their homes and workplaces, reducing consumption of fuel while increasing their household income.

The whole community takes part in the production process, because they are the major suppliers of banana stems. And the project enables young people, and especially young women, to earn a living for their families. There are possibilities for its expansion, as the emergence of eco-hotels has created an increased demand for eco-friendly products

How do you engage with the broader international climate movement?

We have engaged with the international movement through regional climate change exchanges such as Africa Climate Change Week and as part of the Climate Smart Agriculture Youth Network. We also follow the discussions of the Least Developed Countries (LDC) Group on adaptation, mitigation and financing.

It has also worked the other way around: ACOYDE has supported efforts to domesticate the international climate framework and fed into the National Climate Change Bill, which was passed in April 2021. The new bill gave the force of law to the United Nations Framework Convention on Climate Change (UNFCCC) and the Paris Agreement, to which Uganda is a signatory. We then worked to localise the bill. It is key for it to be effectively implemented at a local level because it will help us overcome the climate change injustices in our communities.

We also connect with the broader climate movement from a gender perspective. I am personally interested in the intersections between gender and climate change. In previous COPs, I was able to contribute to the Gender Action Plan (GAP) that has guided and influenced issues of women and youth in UNFCCC negotiation processes. I participated in GAP progress discussions on gender balance, coherence, gender-responsive implementation, monitoring, and reporting. I have also been active in the Uganda National Gender Working Group and other national climate change processes to ensure the domestication of global standards of gender and financing consistent with the Paris Agreement, including by reporting on the implementation of the GAP provisions in Uganda.

COP26 should offer spaces to take gender issues to the global level and provide further opportunities for discussion. It should increase women’s participation, undertake gender mainstreaming and ensure GAPs are implemented. It should help amplify the voices of women in climate change negotiations. Women are doing much of the heavy lifting at the grassroots level, but they get too little in return, not just because too little goes to their pockets but also because they continue to be underrepresented and therefore their voices go unheard.

International forums such as COP26 should provide spaces for grassroots participation and, in response to those pressures from below, COP26 should develop strong interventions for just climate action that are respectful of human rights, including Indigenous people’s rights and the promotion of gender equality.

Civic space in Uganda is rated as ‘repressed’ by the CIVICUS Monitor.
Get in touch with Action for Youth Development Uganda through its website and Facebook page.