COP26: ‘False solutions are brandished to divert our attention from those responsible’

CIVICUS speaks with Lia Mai Torres, Executive Director of the Center for Environmental Concerns (CEC) – Philippines, a civil society organisation (CSO) that helps Filipino communities address environmental challenges. Founded in 1989 through an initiative of organisations representing fisherfolk, farmers, Indigenous peoples, women, people living in urban poverty and professional sectors, CEC focuses on environmental research, education, advocacy and campaigning. It is also part of the secretariat of the Asia Pacific Network of Environment Defenders (APNED), a coalition of organisations working in solidarity to protect the environment and its defenders. 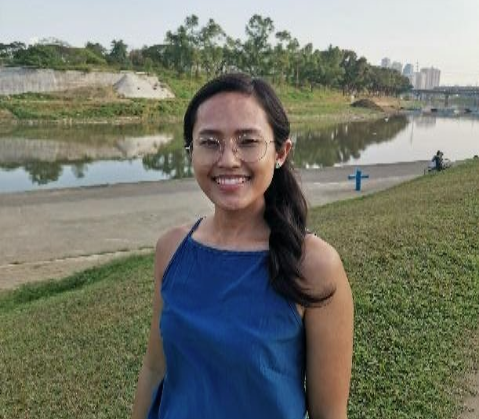 What’s the key environmental issue in your country that you’re working on?

The main environmental issue that the Philippines is currently facing is the proliferation of environmentally destructive projects and programmes. This situation persisted or even worsened under the pandemic.

Just recently, the current administration lifted a moratorium on mining, based on claims that it will help the economy recover, after it was hard hit by the poor pandemic response. This will usher in around 100 mining agreements in different parts of the country. This was opposed by many communities due to the negative impacts of existing mining operations. An example is in the village of Didipio, Nueva Vizcaya, in the northern part of the Philippines, where a mining agreement with the Australian-Canadian company OceanaGold was renewed for another 25 years. The Bugkalot and Tuwali Indigenous communities are already suffering from a lack of water supply due to the mining operations and they fear that this will worsen with the continuing operations.

Infrastructure projects are also a priority of the government, which claims that they will also help the economy. However, there are projects that are foreign funded under onerous loans that will worsen the situation of residents. An example of this is the China-funded Kaliwa Dam in Rizal province, in the southern part of Luzon island. It will encroach on the Dumagat Indigenous people’s ancestral domain, including sacred sites, as well as a protected area.

Another example are the monocrop plantations that can be found mostly in the provinces of Mindanao. Ancestral domains of the Lumad Indigenous people have been converted into banana and pineapple plantations. Some residents report illnesses from the synthetic chemicals used in the plantations and many are being displaced from their farmlands.

These are a few examples of priority projects that are pushed by the government to bring so-called development. However, it is obvious that these do not genuinely improve the situation of local communities, most of which are already experiencing poverty. In addition, the natural resources of the country are mostly not exploited to the benefit of its citizens, since the products extracted are destined for export. Only very few local and international corporations benefit from them. Natural resources are used for profit and not for national development.

Have you faced backlash for the work you do?

CEC works with local communities, since we believe that environmental struggles cannot be won without the united efforts of the people who are experiencing environmental impact. The real power comes from the organisations on the ground. CSOs like ours and other sectors should support their efforts, connecting local struggles to build a strong environmental movement at the national and international levels.

Because of our support to local communities, we have faced reprisals. In 2007, Lafayette Mining Ltd, an Australian mining company, filed a libel case against CEC’s then-executive director for exposing the impacts of the company’s operations. In 2019 and 2021, our organisation was targeted through red-tagging, a practice by which the government declares individuals and organisations as terrorists or communists, in retaliation for our humanitarian missions following a typhoon and during the pandemic.

We also received information of a threat of a police raid in our office for providing sanctuary to Lumad Indigenous children who were forced out of their communities due to militarisation, threats and harassment. Our peaceful protest actions are often violently dispersed by the police and private security forces, and a member of our staff was arrested in 2019.

As many countries, especially from the global south, are experiencing similar environmental problems, we recognise the need to connect with organisations in other countries. In 2015, CEC was among the conveners of the International People’s Conference on Mining, in which environmental defenders were able to learn from each other’s experiences and coordinate local campaigns.

CEC also helped establish APNED, a solidarity campaign network that provides mutual support to campaigns, raises issues at the international level, advocates for greater protection to defenders, conducts capacity-building activities and facilitates services. We believe that it is important to have solidarity among defenders to help strengthen local movements as well as the international struggle for our environmental rights.

What hopes, if any, do you have for COP26 to make progress on your issue, and how useful generally do you find such international processes?

Even before the pandemic, there were concerns regarding the inclusion of frontline or grassroots environmental defenders in international processes such as the climate talks. Lack of inclusivity became more evident under the pandemic, as many CSOs have found it difficult to attend due to additional requirements and expenses. In addition, only accredited organisations can attend formal events, and these are only very few with accreditation. Further, governments’ reports are usually far from reality. The worsening climate crisis is proof that governments are not doing enough.

Despite this, we will still participate in the formal and side events of COP26, aiming to bring attention to how many developed countries and big corporations are worsening the climate crisis through resource grabbing and the exploitation of the natural resources of poor countries, exacerbating existing poverty, and how false solutions are brandished to divert our attention from their responsibility and lack of accountability. We also want to highlight the importance of environmental defenders in protecting our environment and upholding our environmental rights, and therefore the need to ensure that they do not suffer more politically motivated human rights violations that hinder them from doing their important work.

What one change would you like to see that would help address the climate crisis?

We hope that the profit-oriented capitalist framework will be changed in the Philippines. This would ensure resource conflicts will be addressed, environmental protection for ecological balance upheld, genuine climate adaptation programmes established and due attention given to vulnerable groups. This also includes holding countries and corporations that contribute to the climate crisis accountable and providing support for poor countries to adapt.