POLAND: ‘right-wing backlash is just one side of the coin, the other being the active mobilisation of rights-oriented civil society’ 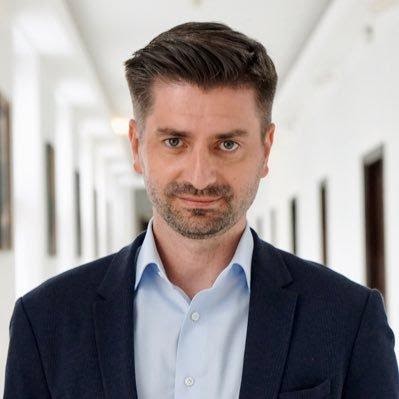 CIVICUS speaks with Krzysztof Śmiszek, a member of the Polish Parliament and chair of the Parliament’s Intergroup on LGBTI Rights, the first of its kind in Poland, about the situation of LGBTQI+ rights and activist responses to the anti-rights backlash.

Before entering politics in 2019, Krzysztof had been an activist for almost 20 years. He is also a member of Justice and Human Rights Committee, the European Union Committee and the Polish delegation to the Parliamentary Assembly of the Council of Europe.

What is the situation of LGBTQI+ rights in Poland?

The situation for the LGBTQI+ community is really hard and complicated. In the last six years there wasn’t any progress at the legislative level so there are plenty of issues that remain unsolved, such as same-sex marriage, special legal procedures for the recognition of trans people’s identities and the prosecution of homophobic speech and hate crimes.

In 2015 the reins of Poland were taken over by a right-wing government and, in my opinion, the government is now using racism, xenophobia and homophobia to divide society. Since 2015 we have witnessed a rise in homophobic and transphobic speech as well as intolerant actions aimed at the LGBTQI+ community. The current government is not going to pass any legislation to make the lives of LGBTQI+ people easier.

These are very hard times for the LGBTQI+ community in Poland, because whenever you tune in public TV, read the newspaper, or navigate government websites, you see it being used as a scapegoat. We are witnessing more and more hate crimes and incidents around Poland. Last year we had presidential election and the current president campaigned on an extremely ideological homophobic platform, and he won, which means that politicians and the government now believe that homophobic and transphobic discourse brings popularity.

Are there any reasons for optimism in such a bleak context?

There surely are, because right-wing backlash is just one side of the coin, the other being the active mobilisation of rights-oriented civil society. After six years of witnessing hate speech, people who normally would not have been interested in LGBTQI+ issues have started to care. Civil society is much more progressive and open than the politicians in power. As an activist I see a huge energy that goes beyond the big cities in Poland: there are formal and informal initiatives springing up everywhere.

Although we are going through hard times, the strong civil society reaction against the government’s intolerance and homophobic discourse and agenda makes me feel optimistic. This year we had around 20 Pride events throughout the country. There is positive mobilisation within society, compared to the situation 20 years ago, when I first became an activist.

So the situation is more complex than you would think: while Poland does have its homophobic side, with organisations fuelled with a lot of money coming from the right wing, there is also a big movement supporting LGBTQI+ organisations and activists with money, time, energy and solidarity.

LGBTQI+ activism is using a wide range of tactics, from perfectly designed social media awareness campaigns including short movies about the normal lives of rainbow families to building connections with potential allies, even unlikely ones. A while ago an organisation working against homophobia allied with progressive Catholics, which was really smart because Poland is still regarded as a majority Catholic country. It was very wise to involve someone considered as ‘the enemy’ in the movement. There are also ongoing collaborations with politicians.

All the while the government spreads hate, younger generations, people between 18 and 29 years old, are increasingly normalising LGBTQI+ rights and actively and fully supporting the LGBTQI+ agenda. Of course, this does not mean that all young people are gay-friendly: as everyone else, they are divided between openness to European values and the intolerance of the radical right wing.

What is the Intergroup on LGBTI Rights, what are its goals and priorities, and what work does it do?

The Intergroup on LGBTI Rights includes members of different parties represented in Parliament who meet and discuss about LGBTQI+ issues. When I organise the group meetings, I perceive the interest of civil society: they want to participate and have contact with politicians. As an activist and now a politician, I view this as the wisest way to ensure progress on our agenda because having activists put pressure on politicians is something that actually works.

One of our priorities is making Parliament a safe place for the LGBTQI+ community. We believe that Parliament belongs to voters, and as LGBTQI+ people are voters, they have the full right to be present in Parliament and have contact with politicians.

The main challenge the Intergroup faces is to listen to the worries of the LGBTQI+ community and translate them into legislative proposals. And whenever there is a practical problem with the administration or related to action by public authorities, we are informed by representatives of the LGBTQI+ community and try to shed light on the issue with the help of the media. Politicians and parliamentarians have the power to bring media attention to specific issues.

As for our tactics, we organise press conferences and invite government representatives, we collaborate with the European Union and the European Parliament, where there’s also an LGBTQI+ group, we keep in touch with international partners and we try to make international audiences aware of what is going on in Poland. For example, when facing proposals to declare ‘LGBT-free zones’ throughout Poland, we brought it to the attention of the European Council and showed it proof that the Polish authorities were discriminating against the LGBTQI+ community. This is something that as politicians we are able to do.

Is that why you decided to enter politics? Having had experience as both an activist and a legislator, do you think you have been able to tackle the same problem from different angles?

As an activist I was the one knocking on politicians’ doors and it was their choice to be open to my arguments or not. After doing this for 20 years I thought ‘enough is enough’ and decided that I should now be the one opening doors for LGBTQI+ activists. That was my motivation to get into Parliament, along with the fact that I just did not agree with what was going on in Poland in terms of respect for fundamental human rights, under attack by right-wing politicians.

I belong to The Left, a centre-left political coalition that was founded to compete in the 2019 parliamentary election. Many of my friends who were also elected to Parliament are now recruiting people from civil society. As a result, now there are feminists who used to work at feminist civil society organisations, people who were involved in ecological movements and people like me, coming from the LGBTQI+ movement, who are playing a role in political institutions. All of us are tired of being just activists, and are now translating our experiences into the language of Parliament.