HAITI: ‘The international community has never addressed the root causes of the crisis’ 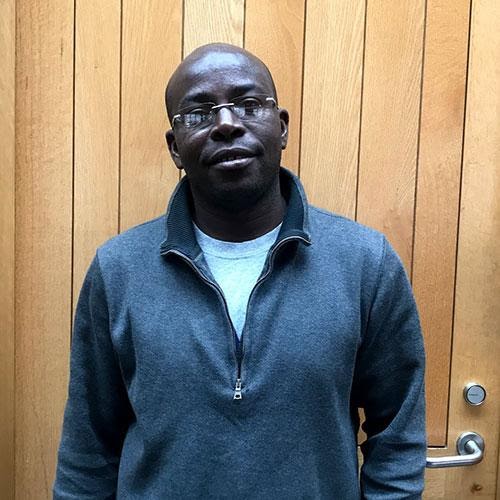 CIVICUS speaks with Nixon Boumba, a human rights activist and member of Kolektif Jistis Min nan Ayiti (Haiti Justice in Mining Collective), about the political situation in Haiti following the assassination of President Jovenel Moïse. Formed in 2012, Haiti Justice in Mining Collective is a movement of Haitian civil society organisations, individuals and partners pushing for transparency and social and environmental justice in the face of growing international interest in Haiti’s mining sector. It educates affected communities on the consequences of mining in five areas: the environment, water, work, agriculture and land.

What have been the key political developments since the assassination of President Moïse in July 2021?

We had been going through difficult times and experiencing a deep crisis for years before President Moïse was assassinated, but his death has been a particularly critical point. We have seen the collapse of the state and all institutions, and the human rights situation has become increasingly desperate.

We have also seen civil society organisations (CSOs), women’s, youth and human rights groups, trying to find solutions. They are putting great effort into developing solutions in participatory and inclusive ways. Since early 2021 we haven’t really had a functioning executive or judicial system, so it’s just civil society trying to set up democratic order and rebuild institutions. But it’s hard because there’s a lot of hostility towards civil society from powerful people and groups trying to maintain a status quo that benefits them: very powerful and wealthy people and corporations, traditional politicians and others.

But now we seem to be moving towards the next phase of the crisis, and the last few months we have seen some progress. On 12 December 2021 a National Transitional Council (CNT) that includes representatives from unions, human rights groups, peasant groups and other CSOs, alongside representatives of political parties, was set up, tasked with designating a provisional president and prime minister and managing the transition. This will imply building faith in institutions and will take three to four years.

What are the key issues that the transitional government will have to deal with?

Two key issues for Haiti are ensuring access to services and providing security, because right now half of Port-au-Prince, Haiti’s capital, is under the control of gangs that are kidnapping people. Everyone knows someone who has been kidnapped and where they were taken but the government has taken no action to end this. Sixteen American citizens and one Canadian were kidnapped in Port-au-Prince almost two months ago; a few have been released but some are still being held.

It is no wonder that so many Haitians are emigrating, looking for a place where they can have opportunities of progress and be safe from violence. Haitian migration towards Latin America and the USA is a tell-tale sign of the major crises we have been experiencing for years. Unfortunately, people find that their rights also violated during their journey and in their host countries.

What are the main challenges faced by Haitian migrants, particularly those in the USA?

I often hear testimonies from migrants who have been deported to Haiti. Human rights organisations should keep track of them, act in solidarity and provide them assistance. It is necessary to find a way to keep them safe as they cross borders across Latin America and into the USA.

Civil society needs to advocate with the US government and those of other countries to not deport migrants back to Haiti, because the situation is horrible here. Once deported migrants are back in Haiti, they have nothing and they don’t know where to go. The vast majority used to live in slums to begin with.

What recent protests have there been, and how has the government reacted?

Haiti saw huge protests back in 2018. Eighty cities and thousands of people took to the streets and demanded transparency, accountability and an end to impunity. There is no way we can be successful under a regime so corrupt, so demands have shifted towards systemic change. Civil society advocated for a system that responds to the need for justice, that challenges impunity and provides spaces for people to call the government to account.

The government’s response was to criminalise protests and repress them violently, hitting out indiscriminately and killing countless protesters, and to let gangs take control of the country. This is the legacy of the past four years. There have been many massacres and rising violence towards women. People are suspicious of everyone. We are living in a state of terror of which there is no escape and in which people feel like prisoners.

Needless to say, civil society has reacted to this by documenting human rights violations and massacres, collecting evidence and mobilising pressure for the judicial system to do something about them. People have been fighting repression, violence and human rights violations, but so far we are not seeing progress on these demands.

What kind of international support does Haitian civil society need?

First, we need to spread information about the crisis in Haiti so that the world gets a better understanding of the situation. Second, the international community should use its networks and social media to advocate for human rights and provide help to Haitian people. During the crisis we have received visits from various missions from the United Nations, Canada, the USA and other western countries but nobody has ever addressed the root causes of the crisis. And that is something that we need the international community to understand.

Civic space in Haiti is rated ‘repressed’ by the CIVICUS Monitor.
Get in touch with the Haiti Mining Justice Collective through its website or its Facebook page.