KENYA: ‘The denial of resources for civic education has been a massive blow for civil society’ 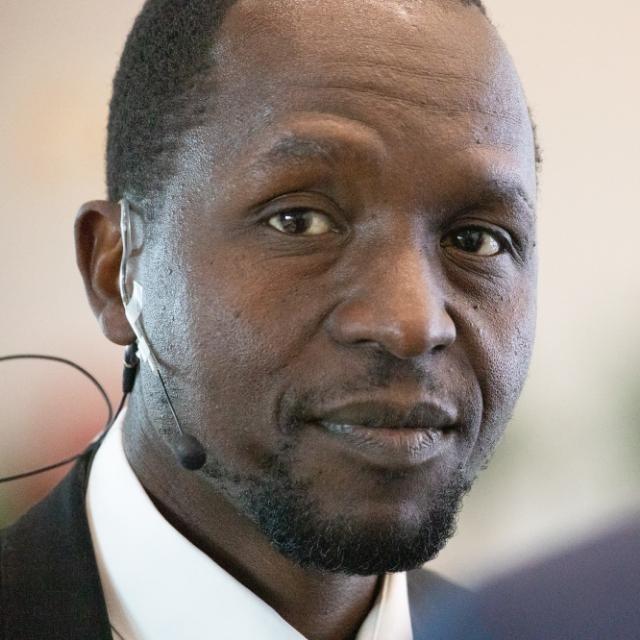 CIVICUS speaks about the upcoming elections in Kenya with Paul Okumu, head of the Secretariat of the Africa Platform (AP). AP is a pan-African civil society platform based in Nairobi, Kenya, that works to strengthen state-society relations to achieve more effective and inclusive development.

With elections still a few months away, is it clear who the contenders will be?

Many are unaware that Kenya has only one election day in which all political positions are filled. But although the focus is on the presidential race, the forthcoming elections will bring in 349 members of the National Assembly, the lower house of parliament, including 290 elected from the constituencies, 47 women elected from the counties and 12 nominated representatives, plus 69 members of the Senate, 47 of whom are elected directly while the rest are elected to represent women, young people and other excluded groups.

For the presidential race, some likely frontrunners are already emerging. The current president, Uhuru Kenyatta, is ineligible to stand for re-election after completing his second term; his deputy, William Ruto, is among the leading candidates alongside former prime minister Raila Odinga. It is worth noting that this is the fifth time Odinga is running for president, having lost his previous attempts and withdrawn once in 2017.

By law candidacies for the presidency will be made official in mid-May, and there are currently almost 45 people who have submitted their names as possible candidates. The election body, the Independent Electoral and Boundaries Commission, will have the final word on which candidates fulfil the legal criteria to run.

The question many are likely to ask is why there are only two leading contenders. The answer is as complex as the country’s elections.

In a bid to exercise a divide-and-rule strategy, the British colonial government divided Kenya into regional ethnic units, with people from one unit not allowed to travel to other units without the authority of the colonial government under a system known as Kipande (Identity) system. In addition, people in regions closest to where white people lived were given access to education much earlier so they could work for whites. As a result, these regions (mainly central, Rift Valley and Western) progressed much faster and became dominant in the period leading to and after independence. It helped that these regions are also the most agriculturally productive, which is part of the reason the whites chose them as their residence.

There are about 43 ethnic groups in Kenya, but just five of them constitute over half of its population of about 50 million. Due to the combined effects of colonial boundaries, which the 2010 Constitution kept intact – a story for another day – and the numeric dominance of these few ethnic groups, the country’s politics, in a quite similar fashion to that in South Sudan, continue to revolve around five ethnic groups. Leading presidential candidates always emerge from these five. Currently, the two leading candidates represent a coalition of three and two of these largest ethnic groups.

What will be at stake in the upcoming elections?

The current president is seen to have spent his time investing in sections of the economy that benefited his vast family businesses. From infrastructure to hospitals to the dairy and transport sectors, most of the investments have been in areas that are perceived directly to add value or make it easy for the president’s family businesses to thrive. As a result, there is a perception that what is at stake is the protection of these investments, hence the current complex coalition supported by the president that has brought together people seen to be those who will preserve the status quo.

But at a deeper level, the country is in a serious crisis. The economy has been in recession for over eight months now. Half of its recurrent budget is used on civil service salaries. The latest economic report by the government shows that for the first time in the country’s history, debt costs will surpass the recurrent expenditure, projected at Sh1.34 trillion (US$1.3 billion) for the coming year. The debt binge is mainly from Eurobond offerings, a package of Chinese loans and syndicated commercial loans taken in recent years. Distress levels are so high that the Central Bank has begun to ration foreign reserves, especially US dollars. Fuel prices have risen by nearly 53 per cent in the past one year, largely due to the fact that fuel has always been an easy target for taxation.

And that is not all: European countries have always used Kenya as a trade gateway to the continent and have largely made it a multinational headquarters for European companies working across Africa. This has led to massive losses through tax evasion and avoidance and skewed double taxation agreements, and has killed countless small businesses that could not manage the massive resources and subsidies given by European development finance institutions or donor agencies (such as the CDC Group of the UK) to European corporations so they can win contracts and set up businesses in the country.

But there is a bigger underlying fear among citizens. In 2017 the Supreme Court was forced to overturn the results of the presidential elections after it emerged that the government, through Ot Morpho, a French company fronted by the French government, had manipulated the vote counting and tallying, handing victory to the incumbent president. The subsequent repeat elections were boycotted by the opposition at the last minute on the grounds that the government had refused to make the changes demanded by the Supreme Court to ensure transparent vote counting. This massive collusion and rejection of changes proposed by the judiciary severely eroded confidence in the electoral system. It is believed to be the part of reason for the current low voter registration.

What are the civic space conditions like in the run-up to the election?

The executive and the political class had made attempts to water down the constitution significantly through a process known as Building Bridges Initiative, but they were stopped in their tracks by the courts, including the Supreme Court. This has preserved citizens’ freedoms and has strengthened confidence in the judiciary. Because of this there is still considerable freedom of assembly and expression.

But the government has also tried to limit the work of civil society around the election. In July 2021, the Kenyan Foreign Affairs Ministry sent a confidential memo to all foreign missions and international civil society organisations (CSOs) that usually support civic education, instructing them not to put any resources, either directly or through local CSOs, into civic education and civic advocacy without the express authorisation of the government. To date, such authorisation has not been granted, and it’s not clear if partners have even requested it.

Interestingly, foreign missions kept quiet and refused to divulge this information to local CSOs. It is not clear why the government took this drastic measure, but it is even more baffling why foreign missions have been so quick to obey it when a few years ago they defied a similar directive by the Russian government and funded civic education in that country. A possible reason lies in Kenya’s centrality, alongside Rwanda, for the politics of Africa and the economies of Europe, which these foreign countries are keen to preserve.

As a result of this decision, this year Kenya has had the lowest voter registration in its history and levels of civic awareness have plummeted. The denial of resources for civic education has been a massive blow for civil society, and with the elections under 90 days away, it is not yet clear what role civil society will play around them.

The window for registration as election observers, usually played by the African Union, the Carter Foundation, the European Union and a coalition of civil society groups, is still open, and it is still possible that with alternative sources of funding, CSOs may still engage in some way.

What is the potential for electoral violence?

Violence is highly unlikely. Despite ethnic politics rooted in the colonial regionalisation arrangement, Kenyans are largely peaceful. Most of the post-election violence that Kenya has experienced has been mostly confined to power struggles among the five dominant ethnic groups and has never been about the entire country. Over the past five months, these five ethnic groups have formed two large coalitions, making violence unlikely.

Of course, conflict between these two coalitions cannot be ruled out if one of them loses the elections, but if it occurs, this violence is unlikely to have an impact on the rest of the communities.

Civic space in Kenya is rated ‘obstructed’ by the CIVICUS Monitor.
Get in touch with Africa Platform through its website.