NIGERIA: ‘The government is more willing to negotiate with terrorists than with striking teachers’ 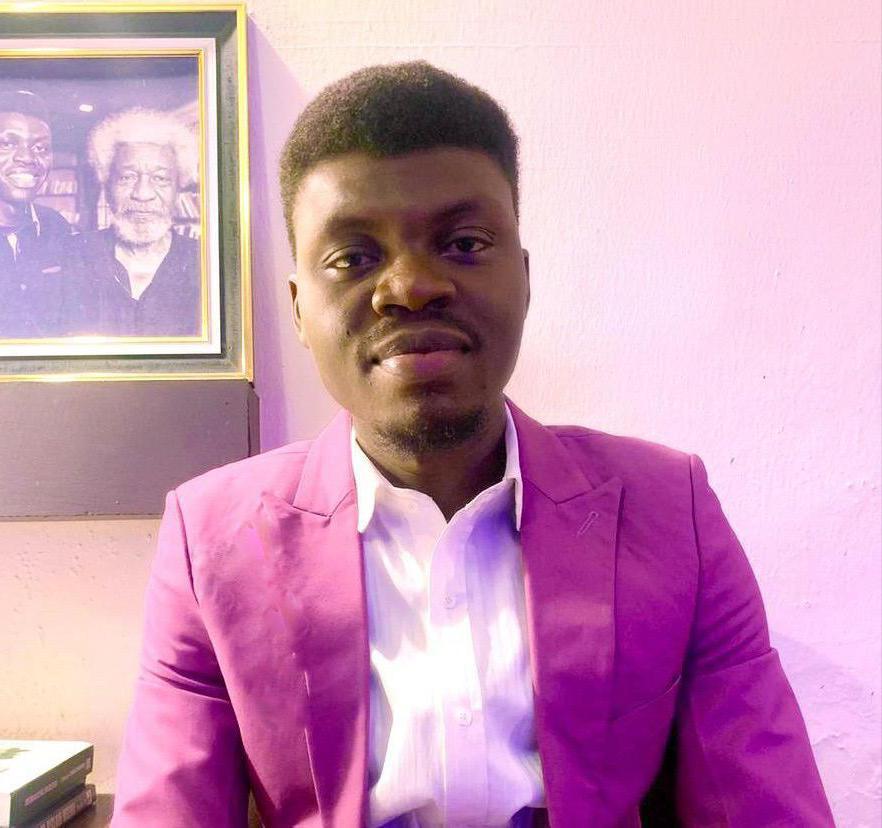 CIVICUS speaks with Olorunfemi Adeyeye about the current student mobilisation that is calling on Nigeria’s government to respond to teachers’ demands and end the strike by the Academic Staff Union of Universities (ASUU).

Olorunfemi is a student activist and member of the Fund Education Coalition, which works to raise awareness about the importance of Nigerian public universities and is currently supporting teachers by taking part in the #EndASUUStrike movement.

How did the #EndASUUStrike movement start, and what does it want to achieve?

The origins of the campaign are in the Fund Education Coalition movement, a coalition of Nigerian student groups advocating for education rights. #EndASUUStrike started when student organisations came together and called for students to be at the forefront of the struggle for their rights to quality public education. It uses the grievances of the ASUU strike to highlight what students need to have on their respective campuses.

The demands of the ASUU strike include several issues that concern Nigerian students directly. For instance, the union has raised the need to revitalise public universities. This is of great importance to students, who are the direct victims of underfunding. The campaign to properly fund education demands the revitalisation of laboratory equipment, which is in poor state, and fixes to the problems of overcrowded lecture halls and moribund campus health centres, among other key aspects. The union also frowns at the proliferation of universities and seeks an amendment to the 2004 National Universities Commission Act. The establishment of more universities, while existing ones are poorly funded, has become a constituency project for Nigerian rulers. Almost everyone in the ruling class wants to have one in their backyard. This is just unacceptable. We are fully in support of the strike, which also highlights issues surrounding the poor remuneration of lecturers.

What the Fund Education Coalition wants is for the Nigerian government to accede to workers’ demands in the educational sector. And not just to ASUU’s: the Senior Staff Association of Nigerian Universities and the National Association of Academic Technologists are also on strike. With all education workers currently on strike, it was only rational for students to join them.

Have you established any connections with student movements facing similar challenges in other parts of the world?

Social media platforms have made it easy for us to share information about the #EndASUUStrike movement, reaching a vast audience across the world. Unfortunately, however, we have not yet had the chance to get in contact with any international student organisations facing similar issues.

As student activists, when things happen in other countries we lend voices to help each other – for instance, when the #FeesMustFall movement erupted in South Africa the Alliance of Nigerian Students against Neoliberal Attacks, an organisation I led in 2018, released a statement of support. We hope the same will also happen with the #EndASUUStrike. International solidarity among all the oppressed people in the world is key.

To counter the government’s propaganda that ASUU is on strike because it feels it can gain some concessions due to the approaching elections, it should be noted that this isn’t a new problem. Interestingly, there are no new problems in Nigeria. Our issues date back a long way. Strikes similar to the current one have been happening since the 1980s and the issues they point to continue to affect generation after generation of Nigerians.

We are still dealing with the same issues, as the government systematically fails to fulfil its promises and implement the agreements reached with unions. Our issues are perennial and endemic, but even though they may be different from those faced by young people in other countries, we are still open to collaboration with as many organisations from around the world as possible.

How has the ASUU strike affected you?

As students it is very unfortunate that we must go through this again. It is an endless cycle of spending very little of your time in class and most of it on the streets fighting for your right to education.

When ASUU goes on strike, it not only affects academic activities, but also the economic and social life of everyone in the academic community. There are students who depend on universities being open because they sell academic textbooks, stationery or equipment to make a living. There are also people who run businesses within universities as a means of providing for their families. All these have been disrupted. The strike has affected everyone.

As student activists, some of our activities have been affected and we have not been organising as we normally would on campuses. We hope the federal government will agree to ASUU’s demands so things can go back to normal.

What do you think education workers should do?

First, I need to clarify that students have a good relationship with ASUU and the other educational workers’ unions. We are all partners in the education sector. As students, we have been able to present some of our ideas and thoughts to ASUU.

An issue we discussed recently was that they should come out with a clear message against the government’s propaganda. The government has tried to convince people that it cannot accede to ASUU’s demands because there is no money to fund education. This is misinformation and propaganda, so we have asked ASUU to counter it with their own narrative and make it public. Everyone should understand why ASUU is striking and support their struggle. This will not only benefit teachers, students and their families, but it will also help us save public universities and ensure they are well equipped for ordinary citizens to attend.

How has the government responded so far to both the ASUU strike and the #EndASUUStrike movement?

The federal government has not responded to ASUU’s and students’ demands. Faced with strikes by other unions, such as the Airline Operators of Nigeria, the government reacted fast to prevent the suspension of airline services. But ASUU has been on strike for almost three months and the government has not even called them to a meeting. This serves as an indication that education is not really a priority for them. The government is more willing to negotiate with terrorists and bandits than to sit down and negotiate with academic workers.

As a result, ASUU has decided to extend the strike by three more months, which means students will have spent close to six months without attending school.

We hope we can put more pressure on the government so it will react to what is happening. We want the government to agree to a meeting with ASUU representatives and commit, this time, to solving the issues brought up at the meetings.

What kinds of support do you need from the international community?

As someone who is at the frontline of the struggle to protect a public education, I would say that the international community should put pressure on the Nigerian government to prioritise education.

The government has been telling us it does not have money to fund education, but yet there is serious capital flight from Nigeria to other countries. The president has donated one million US dollars to Afghanistan and oil theft has grown. Who is stealing the oil? Not ordinary people. Who are contributing to oil theft, money laundering and massive capital flight, if not foreign nations? These monies are mostly not kept in our banks. We need our international allies to put pressure on the government to stop capital flight and instead invest in education.

International organisations should also help us put pressure on foreign governments, corporations and parastate actors to stop aiding and abetting the thievery in Nigeria. Nigeria has plenty of resources that should be put to the correct use, such as funding education.

In addition, we need the international community to help us push our narrative through social media so that more attention is paid to the situation Nigerian students are dealing with.