PHILIPPINES: ‘We fear the democracy those before us fought so hard for will be erased’

CIVICUS speaks about the recent presidential election in the Philippines with Marinel Ubaldo, a young climate activist, co-founder of the Youth Leaders for Environmental Action Federation and Advocacy Officer for Ecological Justice and Youth Engagement of Living Laudato Si’ Philippines (LLS).

Founded by Catholic lay people, LLS began in 2018 as an interfaith movement calling on Filipino financial institutions to divest from coal-related operations and other environmentally harmful activities. It aims to empower people to adopt lifestyles and attitudes that match the urgent need to care for the planet. It promotes sustainable development and seeks to tackle the climate crisis through collective action. 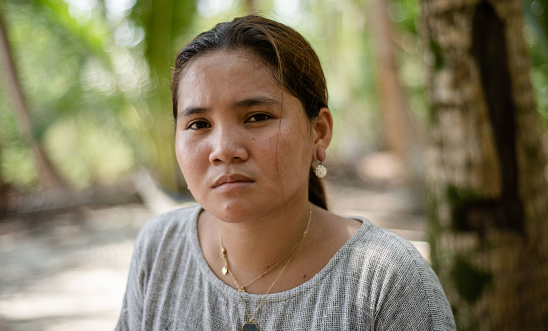 From your perspective, what was at stake in the 9 May presidential election?

The 2022 election fell within the crucial window for climate justice. As stated in the latest report by the Intergovernmental Panel on Climate Change, we need to keep global warming below 1.5 degrees Celsius or we will suffer terrible consequences, such as a rise in sea levels that will submerge much of the currently populated land, including the Philippines. Upcoming leaders will serve for the next six years –and possibly beyond. They have the immense responsibility of putting a climate change mitigation system in place for our country and urging more countries to do the same.

As shown by Super Typhoon Rai that hit the Philippines in December 2021, climate change affects all of us. Whole communities lost their loved ones and their homes. Young people will reap the fruits, or pay the consequences, for whatever our incoming leaders do in response to this crisis. This is why climate anxiety is so prevalent among young people.

How did young people mobilise around this election?

Young people campaigned house to house. We also went to grassroots communities to educate voters on how to vote wisely. Alongside other organisations that form the Green Thumb Coalition, our organisation produced a Green Scorecard and we used our social media platforms to promote the ‘green’ candidate.

One of the biggest youth initiatives around the elections was ‘LOVE, 52’, a campaign aimed at empowering young people and helping them engage with candidates and make their voices heard in demand of a green, just, and loveable future through better governance. We wanted to shift the focus from candidates’ personality and patronage politics to a debate on fundamental issues, and to help young people move traditional powerholders towards a people-centred style of policymaking.

We called this initiative ‘LOVE, 52’ in reference to the fact that young people – people under 40 – comprise 52 per cent of the Philippines’ voting population. We sought to appeal to younger voters’ emotions, and our central theme was love because a frequent response to the question ‘why vote?’ is to protect what we love: our families, our country, and our environment. The main element of this campaign was a ‘love letter’ drafted by several youth organisations and addressed to the country. It contained young people’s calls to incoming leaders, including those of prioritising environmental and social issues, coming up with a coherent plan to address the climate crisis, and supporting a vibrant democracy that will enable climate and environmental justice. We gathered all the love letters people wrote, put them in one envelope, and delivered them physically to the presidential candidates’ headquarters.

What are the implications of the election results for civil society and civic freedoms?

The results of these elections will have a lot of implications for the Filipino people. They will have a direct impact on civil society and our freedoms of association, expression and peaceful assembly.

The winning candidate, senator Ferdinand ‘Bongbong’ Marcos Jr., the son and namesake of a former dictator, has said that he will include his family in his administration. Just today, I saw the new president’s spokesperson on the news saying Marcos will make his own appointments, bringing in the people he trusts. I think he will really try to control the government with people who follow him unconditionally. He will put such people in all the positions available, so everyone will tell him what he wants to hear and no one will disagree with him. I think this is the scariest part of it all.

I fear in a few months or years we will be living under a dictatorship. Marcos may even be able to stay in power for as long as he wants. After trying to reach power for so long, he has finally won, and he won’t let go of power easily.

It’s very scary because the human rights violations that happened during his father’s dictatorship are not even settled yet. More human rights violations are likely to happen. It’s a fact that the Filipino people won’t be allowed to raise their voices; if they do so, they may risk being killed. This is what happened under martial law during Ferdinand Marcos’s dictatorship.

This will definitely affect civil society. It will be very difficult for humanitarian workers to respond to any crisis since Marcos will likely aspire to micro-manage everything. We fear the democracy those before us fought so hard for will be erased.

Regarding the specifics of policymaking, we don’t really know what the plan is. Marcos campaigned on vague promises of national unity and implied that all problems would be solved if people unite behind his leadership. Needless to say, he never mentioned any policy to tackle climate change and the environmental crisis.

Against all signals, I keep hoping the new administration will be receptive to people’s demands. I really hope our new president listens to the cries of the people. Our leaders must reach out to communities and listen to our issues. I doubt Bongbong Marcos is capable of doing that, but one can only hope.

We need to ensure the international community sends out a consistent message and stands by our side when oppression starts. We also need them to be ready to rescue Filipinos if their safety is at risk. We activists fear for our lives. We have doubts about how receptive and accepting the new administration will be toward civil society.

Today is a gloomy day in the Philippines. We did our best to campaign for truth, facts, and hope for the Philippines. Vice President Leni Robredo campaigned for public sector transparency and vowed to lead a government that cares for the people and bolsters the medical system. If she had won the elections, she would have been the third woman to lead the Philippines after Cory Aquino and Macapagal Arroyo.

Leni’s loss is the loss of the Philippines, not just hers. There are still too many people in the Philippines who believe Marcos’s lies. I don’t blame the masses for believing his lies; they are victims of decades of disinformation. Our system sadly enables disinformation. This is something that needs to be urgently tackled, but the next administration will likely benefit from it so it will hardly do what’s needed.

We now fear every day for our lives and for the future of our country.