SRI LANKA: ‘They arrest us to stop us, silence us and instil fear in others’

CIVICUS speaks with Hejaaz Hizbullah, a human rights defender who was kept in detention for 22 months under Sri Lanka’s Prevention of Terrorism Act (PTA).

Based in Colombo, Sri Lanka’s capital, Hejaaz is an attorney and a minority rights advocate who fights hate speech against the Muslim community. He began his career at the Attorney General’s Department and started his own law practice in 2012. He has litigated in several important cases before the Supreme Court and is among the lawyers who challenged the dissolution of parliament in 2018. 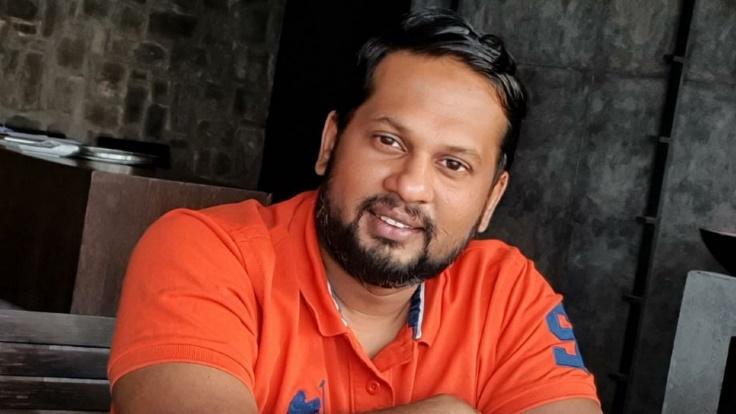 What kind of work were you doing when you were arrested and why do you think you were targeted?

In 2012 a hard-line Buddhist group emerged in Sri Lanka calling itself ‘Bodhu Bala Sena’, or Buddhist Force. The group began a nationwide campaign against Muslims that was based on lies, Islamophobia and hate speech. They sought to stir up Sinhala Buddhists, Sri Lanka’s majority, against the Muslim minority. Similar groups soon proliferated. As a result, there were incidents of violence against Muslims all over Sri Lanka. Muslim girls got their hijabs ripped off, Muslim businesses were attacked and torched, and Muslims were harassed everywhere.

I began my human rights work in response to these very extraordinary circumstances. With two colleagues I launched an anti-hate hotline, a telephone helpline to assist victims of hate speech and hate crimes. We helped people protect themselves and assert themselves against racism and hate by using the tools provided in the law. We also monitored these incidents and prepared reports to bring the situation to the attention of the government.

This work led to me appearing in cases involving human rights and constitutional law issues. One of the earliest cases I appeared in was the case of a Muslim schoolgirl who wanted to go to school in a uniform approved by the Ministry of Education that also respected her cultural and religious norms, which school authorities objected to. The case concluded with the Attorney General upholding the student’s right to wear an approved uniform of her choice that met her cultural and religious norms.

In 2018 the then-president dissolved parliament, sacked the prime minister and appointed another one, and called for general elections. This was challenged by political parties and by a member of the Sri Lankan Elections Commission, whom I successfully represented before the Supreme Court.

This was the kind of work I was doing when I was arrested, and there are various theories regarding why I was targeted. My arrest may have been part of an attempt to scapegoat selected Muslims who were critical of the government’s treatment of Muslims and blame them for the Easter Sunday bombings, a series of coordinated Islamist terrorist suicide bombings in April 2019. They tried to silence us personally and as a community. In that sense, my arrest is no different from so many arrests of lawyers all over the world. They arrest us to stop us, silence us and instil fear in others.

How were you treated while in detention?

During the first 10 months I was a detainee, so I was under police custody; then I was produced before a judge and I became a remand prisoner. For the following year I was in the custody of the Prisons Department, and my experience was radically different.

As a detainee you are in the custody of those who are trying to frame you and fix you for an offence you did not commit. For 24 hours, seven days a week, you are exposed to your tormentors and under their control – for everything, including food, sleep and family and lawyer visits. Remand prison was different because the guards just knew I was a special case but beyond that they did not care much about me.

As a detainee I was locked up 24 hours a day: the cell was opened only to let me use the toilet or go for questioning. In remand prison we spent around six hours a day outside in the yard, which was good. However, both places degrade you and seek to destroy you mentally and psychologically. I am happy that I survived without too many scars; many are not that lucky.

Were you aware of the international solidarity around your case and how does it feel to be out on bail?

As a detainee I knew very little, just what my wife would tell me when I met her on Saturdays for around 15 minutes. It was only after I was remanded that I learnt more about the support I was receiving from the international community. This gave me real hope and made me even more determined to fight back, so it was incredibly helpful. I am grateful for the support I received and for the international and local pressure that forced the Attorney General to agree to release me on bail.

Being free is like being born again. I am slowly trying to rebuild my life. My imprisonment had deep effects on the lives of my family: everybody’s life was on pause for almost two years. But being on bail is not easy: I am always looking behind my shoulder and concerned about the progress of my case.

What are your thoughts on the use of the PTA law?

In its judgment on my case, the Court of Appeal described the PTA as a ‘draconian law’ leading to a cycle of abuse. That is precisely what it is. The PTA puts detainees into a legal blackhole from which they find it almost impossible to get out. I am a lawyer and had lots of legal backing, support and attention, and still found it tough. Many others don’t have a fighting chance.

The government has recently made some amendments to the PTA, but they have not changed some of the worst aspects of the law, such as the use of confessions against those who are co-accused. Whilst amendments have been cosmetic, they have in fact opened a window for judges to intervene, and if they do, the situation of detainees may improve. I think the judiciary will grab this opportunity.

What is the current state of civic freedoms in Sri Lanka?

My answer to your question would have been different if not for what I am seeing today. It seems freedom is what we carve out for ourselves through courage. Desperate times have pushed people to desperate measures, and they have now overcome their fears and are fighting for their freedom. They are fighting in the legal space that has been created through years of jurisprudence. The theoretical space has now been occupied in real time and I feel is also being expanded. All good news! However, this is not due to any state intervention but due to the actions of people responding to the dire circumstances they find themselves in.

When human rights activists are arrested, the state would like the whole world to forget them. They hope grand allegations and prolonged detentions will suffocate everyone’s will and resolve to fight. Civil society and the international community can help us by keeping us alive outside the prison walls: by asking the important questions and putting pressure on the government to justify its actions.