VIETNAM: ‘Failure to address torture of political prisoners should trigger a review of trade deals’ 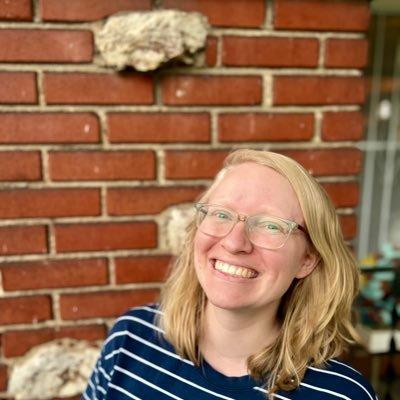 CIVICUS speaks with Kaylee Uland and Jessica Nguyen, co-director and advocacy officer with The 88 Project, about the criminalisation and repression of human rights activism in Vietnam.

The 88 Project is a civil society organisation (CSO) that advocates for and shares the stories of Vietnamese political activists who are persecuted because of their peaceful activism for human rights.

What does The 88 Project do?

The 88 Project is a research and advocacy organisation that maintains the most comprehensive and up-to-date database on the situation of political prisoners and human rights activists in Vietnam. Our database informs media coverage and policy debates on Vietnam and is used by journalists, diplomats and policymakers. According to our database, as of 24 June 2022, there are at least 208 known political prisoners behind bars in Vietnam, the highest number of any country in Southeast Asia.

What is the current situation of civic freedoms in Vietnam?

The 88 Project has tracked very negative trends regarding the Vietnamese government’s crackdown on political dissent. These include an increase in arrests of those in formal and informal media professions over a period of four years from 2018 to 2021. The arrests of media workers as a percentage of total activist arrests went up from less than three per cent in 2018 to 18 per cent in 2020 and 34 per cent in 2021.

The practice of holding activists and political prisoners incommunicado for extended periods of time – of eight months or more – has become increasingly common: it was applied to 12 per cent of all activists arrested in 2018 and to 21 per cent in 2019, surging to 49 per cent in 2020, before slightly decreasing to 42 per cent in 2021.

The crackdown on dissent has also expanded to include new issues and groups, as seen in the recent arrest and imprisonment of four CSO leaders working on climate change and environmental issues. They were charged with ‘tax evasion’, a tactic used by the government to silence critics who cannot be tried under the national security provisions of the criminal code. This sent tremors of fear through the environmental movement in Vietnam.

Efforts to censor social media have intensified, as has compliance with government censorship requests by US-based tech companies. With a population of 98 million, Vietnam is one of Facebook’s top 10 markets by user numbers, with 60 to 70 million people on the platform. Facebook provides one of the few spaces where Vietnamese people can communicate relatively freely. This space is, however, rapidly closing as Facebook increasingly complies with censorship requests from the government and allows bad actors to exploit content moderation rules to have accounts locked and posts deleted. Exacerbating the situation, Vietnam is now planning to impose new rules that require social media firms to take down content it deems illegal within 24 hours.

Further, the deliberately complex law regulating the ability of CSOs to receive and spend domestic or foreign funding gives the government control over organisations and individuals. CSOs find it hard to comply fully with these laws, which makes them vulnerable to government scrutiny. Punishment for tax violations may include heavy fines, closure and criminal charges that lead to the imprisonment of CSO managers.

What is the situation of political prisoners?

The authorities commonly use torture and other inhumane treatment against political prisoners, particularly those in pretrial detention. The most common perpetrators of these violations are public security officers at the provincial level, followed by those at the district and city levels, and then those at the national level. Occasionally, activists who are at risk but not imprisoned are assaulted or otherwise harassed by people suspected to have ties to the government, such as plainclothes police.

The government insists that there is no incommunicado detention in Vietnam, while acknowledging that for national security cases, a ‘very special measure’ applies, under which detainees are not allowed to see their defence counsel until after the investigation has concluded. Activists are often subjected to unobservable interrogation and to conditions that begin to break down their emotional and physical health. Isolation also removes their plight from the public eye, as information about their condition is sporadic and incomplete at best. Thirty-five activists arrested in 2020 and 2021 were held in incommunicado pretrial detention for eight months or longer.

Prisoners are often denied medical treatment and family members are prevented from providing medication to them. Many with pre-existing conditions or those who experience health problems while imprisoned have claimed that inadequate medical treatment resulted in greater long-term health complications. Some, including Huynh Huu Dat, have died in prison due to lack of proper healthcare.

The government claims that prison conditions have improved, but political prisoners and their families continue to report unclean food, overcrowding, lack of access to clean water, poor sanitation and lack of lighting. Virtually all prisoners suffer from harsh prison conditions, and they are often disciplined and retaliated against if they try to petition for improved prison conditions for themselves or others.

Cutting prisoners off from family and support networks is yet another way to mistreat them without using force. The authorities often limit family visitation rights or detain political prisoners in places far from their homes, making it extremely difficult for families to visit. Under the pandemic, ‘COVID restrictions’ were also used as an excuse to deny family visits. The 88 Project identified at least 21 political prisoners subjected to this treatment in 2020 and 2021.

We have also documented many cases of physical and psychological pain, which often amount to torture as defined under international law, inflicted to coerce confessions, obtain information, or punish political dissidents for their opinions. A frequent form of psychological abuse consists in sending political prisoners to mental health institutions against their will, even if they have no history of mental illness. Examples of political prisoners subjected to forced mental health treatment include Le Anh Hung, Nguyen Thuy Hanh and Pham Chi Thanh. Another harsh aspect of prison treatment is the use of solitary confinement to isolate political prisoners and punish them for asserting their rights.

Is there any accountability for cases of torture and ill-treatment?

Unfortunately, there is very little accountability. Regarding COVID-19-related restrictions, the government argued that the right to health of the community took priority over prisoners’ right to see family members. The authorities also justify forced mental health treatment tactics on ‘humanitarian aid’ grounds. They say they are respecting and protecting political prisoners’ right to health by sending them to mental health institutions for medical treatment. However, to the best of our knowledge, most cases are of forced treatment, used to isolate political prisoners from their support networks and to discredit them.

The Vietnamese government has been repeatedly warned about its failure to meet its international obligations against torture. The United Nations (UN) Committee Against Torture (CAT) has stressed the importance of proper criminalisation of torture, fundamental legal safeguards, direct applicability of the Convention against Torture by domestic courts and independent investigation concerning allegations of excessive use of force or deaths under custody.

During Vietnam’s 2019 UN Human Rights Council Universal Periodic Review (UPR), a number of states raised concerns about allegations of torture and the Vietnamese government voluntarily agreed to several important recommendations, such as making sure that evidence obtained through torture is inadmissible at trial and taking steps to prohibit harassment and torture during the investigation process and detention.

Despite these international warnings, in its responses to CAT’s comments and recommendations from the 2018 Concluding Observations, issued in September 2020, Vietnam continued to maintain that ‘allegations of the widespread use of torture and ill-treatment, particular in police stations, and in certain places where persons are deprived of their liberty [...] are all unsubstantiated and inaccurate claims’. This contradicts the findings of our report.

How have domestic and international CSOs raised these issues?

Many international groups report on allegations of torture and inhumane treatment in Vietnam as part of their ongoing human rights research. However, torture is a difficult topic to research and report on, as information flowing out of Vietnamese prisons is minimal and often censored, and prisoners and family members may fear further retaliation for raising their concerns. Prisoners are often better able to report on prison conditions upon their release, as was recently the case of Tran Thi Thuy.

Thuy was imprisoned for eight years and was denied communication with her family and adequate medical treatment despite having severe tumours. The authorities demanded a confession in exchange for treatment. Thuy was also forced to work under extreme labour conditions; by the end of her sentence, she could barely walk. The international community should question the treatment prisoners face, and whether it may be even worse than what is reported in the news that reach international outlets.

Regardless of the obstacles they face, activists, their families and CSOs continue to raise the issue of ill-treatment of political prisoners via research and direct advocacy. For example, in April, the Observatory for the Protection of Human Rights Defenders and the International Federation on Human Rights jointly issued an urgent appeal for international intervention in the case of land rights activist Trinh Ba Phuong. Groups also petition the UN, and especially its Working Group on Arbitrary Detention, to investigate cases where inhumane treatment is suspected. Further, abuse by Vietnam’s police force more broadly is well-documented.

What can the international community do to address the issue of torture in Vietnam?

Given the absolute nature of the right to freedom from torture, failure on the part of the Vietnamese government to address issues of torture and inhumane treatment of political prisoners should trigger a review of its trade deals and other relationships with international actors. We urge human rights advocates and representatives of the USA, the European Union, and others to demand that Vietnam implement the concrete actions that are clearly stated in CAT’s Concluding Observations in the Initial Report of Viet Nam of 208 and to follow up on the UPR recommendations that Vietnam accepted in 2019.

We also urge the authorities to accept visits by the UN Special Rapporteur on Torture and Other Cruel, Inhuman or Degrading Treatment or Punishment, as well as visits by states’ consular representatives to conduct investigations of prison conditions in multiple locations.

CIVICUS speaks with Solidary Wheels about the deadly consequences of European governments’...

CIVICUS speaks about the political situation in Pakistan since the removal of its Prime Minister Imran...