TANZANIA: ‘The human rights of the Maasai people are violated through involuntary assimilation and relocation’ 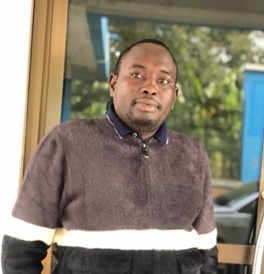 CIVICUS speaks about the unlawful eviction of Maasai people from their ancestral lands with Joseph Moses Oleshangay, a Tanzanian human rights lawyer and activist for democracy and Indigenous peoples’ land rights. Joseph is currently working with the Legal and Human Rights Centre to raise awareness of human rights violations and promote good governance in Tanzania.

Why are Maasai people being evicted from their land in Tanzania?

The Maasai eviction is largely caused by the government’s lust for money. The tourism and hunting business promises to bring a lot of capital, and unfortunately, that can only happen if the Maasai are removed from their native land. The government is currently planning to evict Maasai people living in Loliondo and Ngorongoro to establish a game-controlled area in Loliondo and potentially change the status of a conservation area in Ngorongoro to a game reserve.

The government has proposed to establish game reserves in every single district ancestrally occupied by Maasai communities. The way this project is being carried out is unethical and threatens many lives and the cultural survival of the Maasai.

Sadly, to gain public support and trust the government has created a narrative that this is a nature conservation project. But it has been scientifically proved that Maasai pastoralism is compatible with environmental and wildlife conservation. While the government generally accuses the Maasai as threatening tourism in Ngorongoro, 70 per cent of tourists in Tanzania in 2019 visited Ngorongoro, with the remaining 22 national parks and game reserves attracting only 30 per cent of the tourist inflow. Ngorongoro also contributes 52 per cent of the earnings from tourism. It is the only conservation area in Tanzania where humans – Maasai – are legally allowed to coexist with wildlife. As well as being by far the best tourism destination in Tanzania, it has the highest wildlife population density in the world. This shows that the government’s claim that the Maasai are threatening wildlife conservation and tourism is a completely false narrative.

In Ngorongoro over 80,000 people are facing the threat of eviction, which the government justifies by claiming the population has exceeded the carrying capacity of the land. But according to the latest census, Ngorongoro has a human population density of 10 people per square kilometre, compared to a national average of 60.

The tourism industrial complex is pushing the government to forcefully evict Maasai people from their land because they think the Maasai don’t add value to the business and will disrupt the activities they want to undertake in Loliondo, Ngorongoro and the neighbouring Serengeti National Park. The authorities know that wildlife massacre, one of the key businesses planned, won’t be possible under the Maasai’s watch and their pastoralism livelihoods will not fit the overall hunting and hotel aesthetic they are trying to create.

The government has an obligation to take care of the environment and ensure the safety of all who live in it. If Maasai people are allowed to stay in the newly created game reserves, they will witness wildlife massacre and will inevitably suffer harm. The government cannot risk this being exposed.

So without consulting with the Maasai community, the government has started its eviction plan in a manner that will force their integration with the majority community in the coastal region. To facilitate relocation, on 31 March the government withdrew all funds previously allocated to health, education and other key services. In 2021 the government threatened to demolish nine government primary schools and six health centres. In April 2022 the government’s chief spokesperson recognised that life-saving services were prolonging the Maasai presence in the Ngorongoro so there was a need to dismantle them.

What human rights violations have been reported?

Many human rights violations have been reported, and they are reaching a level we had not seen since our independence. They are more brutal than what our people experienced in the colonial era. Never before has our country witnessed a campaign targeting a specific community as we are now seeing in Ngorongoro. The Maasai are being portrayed as primitive people whose ancestral land is elsewhere, and the president has said they are new arrivals in Tanzania, so in case of a forceful relocation, the authorities can claim the Maasai have no attachment to Ngorongoro.

In early June, the authorities installed beacons in the place destined to become a game-controlled area, against Tanzanian law and in violation of an order issued by the East Africa Court of Justice in 2018. In 2017 a Maasai representative filed a complaint at the Tanzanian Human Rights and Good Governance Commission against the planned eviction and submitted a case to the East Africa Court of Justice seeking intervention against violent operations that ended with at least 349 Maasai homesteads being set ablaze.

Despite the temporary orders issued by the Court directing the government to halt relocation pending a final decision on the case, on 17 June 2022, just five days before the date set for delivery of a judgment, the government declared the contested land as a game-controlled area. Surprisingly, four days later the Court issued a notice that the decision would be delayed until September, giving the government leeway in executing atrocities in Loliondo.

The demarcated area includes not only village land, which is forbidden by the law, but also people’s homesteads. The police have used teargas and guns, wounding 31 Maasai people. Before beacons were installed, all elected political leaders were arrested and detained incommunicado for seven days before being arraigned in court on murder charges – for a murder that happened one day after they were arrested.

There are currently 27 Maasai people charged with murder and over 80 detained under the accusation of being unlawful immigrants. Some have been subjected to torture. Over 2,000 people have reportedly crossed the border with Kenya for security reasons.

Since June, Maasai livestock have been killed or impounded by security forces and a large-scale operation is ongoing to silence anyone who speak against the situation in Ngorongoro and Loliondo.

How will this eviction affect Maasai people?

To understand how Maasai people will be impacted upon, one needs to understand who the Maasai are. They are a semi-nomadic pastoral people who move from one place to another in search of their livelihood. They have lived alongside wildlife for centuries and know how to preserve their environment. They have established their cultural practices and spiritual sites that define them as a distinct society.

Relocation will disturb their culture. There is a place called Oldoinyo Lenkai (‘Mountain of God’) where the Maasai believe their god lives and usually conduct sacrifices during times of scarcity and crisis. If this land becomes a conservation area with restricted access their right to spirituality will be taken away. Ultimately, relocation has a strong chance of leading to their extinction as a people.

One of the government’s justifications of the relocation process is what they call the need for forced civilisation of the Maasai people, who would have a better life if they coexisted with people from different backgrounds. But this will force them to adopt a culture that is not their own. Involuntary assimilation and relocation are the greatest human rights violations and generally fall under the accepted meaning of genocide under the Rome Statute that established the International Criminal Court.

How are civil society activists and organisations fighting back?

We are fighting this in many ways. We are challenging the government by debunking its narrative. The government is spreading propaganda to get public support, so what we do is inform people about the dangers of these evictions and that they are founded on false narratives. We also use our various platforms to highlight that the Maasai add value to both nature conservation and tourism, providing accurate information to counter false claims.

We also have filed a court case against eviction. The law is one of the strongest tools we are using in fighting injustice in this battle. We can use the law to hold the government accountable and demand it halts the planned eviction. We are trying to make sure that the truth about what is happening is known not only internally but also by the international community.

We have been fortunate enough to have regional and international organisations such as the African Commission on Human and Peoples’ Rights and United Nations human rights experts publicly condemn the actions of the Tanzanian government and urge it to stop unlawful evictions.

But we have faced challenges, including the lack of functional legal processes in Tanzania. The 2018 court order requiring a halt to the operations have not been respected. Our government thinks it is above the law and this is affecting our progress in fighting the eviction. As activists our lives are in danger. The government threatens us and many activists had fled the country for safety.

What kind of assistance do you need from international civil society?

We need international organisations and activists to help us expose what is happening in Tanzania, because if this is known about internationally the government might be pressured to do better. International allies should use their platforms to highlight the gruesome violations of rights experienced by the Maasai people and keep people informed about our activities.

Civic space in Tanzania is rated ‘repressed’ by the CIVICUS Monitor.