‘Due to closed civic space, it is difficult to build the resilience of communities inside the country’ 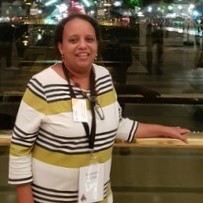 CIVICUS speaks with Helen Kidan, executive member of the Eritrean Movement for Democracy and Human Rights (EMDHR), about 20 years of crackdown by the Eritrean government and continuing human rights violations.

Founded in 2003, EMDHR is a civil society organisation (CSO) aimed at raising awareness about the lack of civil and democratic freedoms and promoting the rule of law, human rights and democracy in Eritrea.

What human rights violations are committed by the Eritrean government?

Eritrea has one of the worst human rights records in Africa and is rated one the worst countries in the world for press freedoms: Reporters Without Borders’ 2022 index ranks it 179th out of 180 countries. There is no space for civil society, as there are no freedoms of association, peaceful assembly or expression.

The report of the United Nations commission of inquiry on human rights in Eritrea, published in 2016, details a number of human rights violations by the regime, with crimes including genocide, sexual slavery, extrajudicial killing, forced disappearance, torture, forced labour and indefinite national service, which many have considered akin to slavery.

For a long time, the Eritrean government has blamed the ‘no peace, no war’ situation for the persistence of indefinite national service, based on the idea that Eritrea’s sovereignty was at stake during its long conflict with Ethiopia.

What are the implications of Eritrea’s involvement in the Tigray region following its peace deal with Ethiopia?

The 2018 peace deal with Ethiopia was welcomed by many Eritreans, and particularly by Eritrean mothers who longed for their children to return home from border areas, where many had been deployed for 20 years.

This, however, did not last long: on 4 November 2020, the Eritrean government backed the Federal Ethiopian State in its war in the Tigray region of Ethiopia. Ethiopian Prime Minister Abiy Ahmed initially said this was a war to restore order in the country, but if this was the case, it begs the question of why he invited Eritrea into its internal conflict.

Eritrean conscripts are being forcefully recruited into the military and dragged into a war that is not of their making and in which they had no say. Many Eritrean soldiers do not know why they are being deployed and many have fled upon reaching Ethiopia. The conflict has increased food insecurity in Eritrea, as there have been shortages of labour at the time of harvest.

How has civil society responded?

In the absence of independent CSOs, it has been difficult to even determine the real levels of hunger inside Eritrea. Closed civic space and independent media blackouts have made it hard to build the resilience of Eritrean communities. But the last couple of years have seen the development of an independent media organisation, Eritrean Satellite Television (ERISAT), founded by diaspora Eritreans and watched inside the country.

In spite of closed civic space, we were also able to create an organisation, EMDHR, that aims to raise awareness about the ongoing crisis in Eritrea and equip people with the right knowledge and skills to fight for their rights.

We have continued to participate in various forums to create awareness, advocate for human rights in Eritrea and ensure that the voices of all Eritreans are heard. EMDHR also works to bring Eritrean CSOs together and over the years we have done joint work with many of them.

Since the war started in November 2020, we have worked with several organisations to assist Eritrean refugees in Ethiopia.

How can the international community support Eritrean civil society?

We would like the international community to assist Eritreans by building capacity among CSOs and human rights activists.

The international community needs to ensure that money does not keep flowing to the Eritrean regime from their supporters in the diaspora, who forcefully extort money from Eritreans abroad. It is known that the Eritrean government has real estate and other assets in various countries under the names of its loyalists. Seizing these assets is crucial, as they have all been stolen from the Eritrean people.

It is key for those who have committed crimes against humanity inside Eritrea to be held to account. Restitution must also be provided to all those who have suffered under the regime.

One of the saddest things is that Eritreans continue to suffer after having left Eritrea, becoming refugees. So we request the international community’s support and protection for Eritrean refugees worldwide. The situation of Eritrean refugees in Egypt, Ethiopia, Libya and Sudan is not tenable and emergency assistance is needed.

Civic space in Eritrea is rated ‘closed’ by the CIVICUS Monitor.