UNITED NATIONS: ‘The power of anti-rights groups is growing; difficult times lie ahead’

CIVICUS speaks with Tamara Adrián, founder and director of DIVERLEX-Diversity and Equality Through Law, about the successful civil society campaign for the renewal of the mandate of the United Nations’ (UN) Independent Expert on sexual orientation and gender identity.

Tamara Adrián is a lawyer and university professor, and the first trans woman to be elected to a national parliament in Latin America.

DIVERLEX is a Venezuelan civil society organisation dedicated to research, training, advocacy and strategic litigation on issues of sexual diversity. Due to the complex humanitarian crisis affecting Venezuela, most of its leaders are currently based outside Venezuela, where they continue to work to improve the living conditions of LGBTQI+ people in exile. 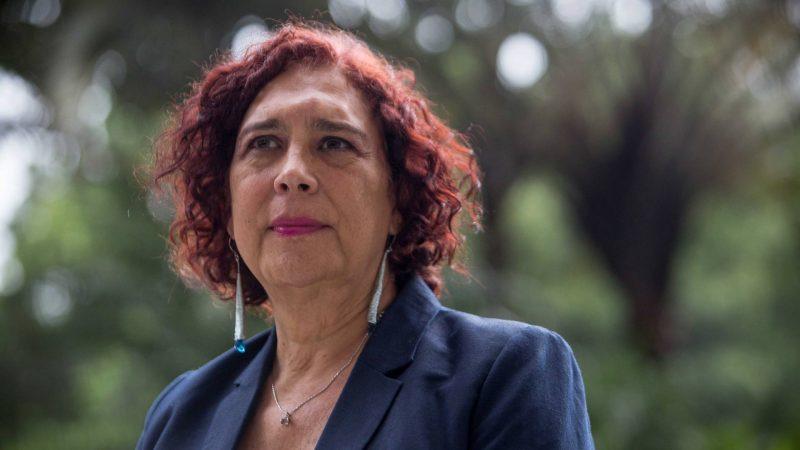 Why is the mandate of the UN Independent Expert on sexual orientation and gender identity so important?

This is an extremely important figure. The weapon of choice of all bigots is to make certain groups and the violation of their rights invisible. This has been a constant in relation to women, Indigenous peoples, racial minorities and religious minorities. As long as the intolerant can say a problem does not exist, their power system remains active and nothing changes. In the universal human rights system, what bigots want to keep invisible is made visible through the work of independent experts and rapporteurs.

The first Independent Expert, Vitit Muntarbhorn, was in office for a couple of years and produced a report on violence based on sexual orientation or gender identity, which he shared with the office of the UN High Commissioner for Human Rights. He kicked off the process of shedding light on the injustices, inequities and violence against LGBTQI+ people globally.

The three reports submitted by the current Independent Expert, Víctor Madrigal-Borloz, pointed at many countries that are failing in their duty to protect all their citizens. The Office of the High Commissioner for Human Rights highlighted that states have a positive obligation to ensure equal rights to all people.

We understand there is still a long way to go and that reports – those by the Independent Expert, the High Commissioner and regional bodies such as the Organization of American States – are important to this process.

So important are they that this work triggered strong backlash from fundamentalist groups that reorganised in the form of ‘non-governmental organisations’. These sought to obtain consultative status with the UN Economic and Social Council in order to interfere in their processes.

How do these groups operate within the UN?

Anti-rights groups have been changing their strategy. Rather than identify as religious organisations, they have sought to present themselves as defenders of religious freedom and, above all, of the freedom of expression. They have promoted strategies of religious unity, bringing together Catholic fundamentalists and representatives of the Holy See with neo-evangelical fundamentalists and the most regressive Muslim groups.

They have also refined their arguments. First, they argue that the concept of sexual orientation and gender identity is a western concept and not a universal one, and therefore should not be protected by the UN. Second, they claim that no existing treaty or international instrument provides protection against discrimination on the basis of sexual orientation or gender identity. Third, they say that countries with traditional values should be able to maintain discriminatory laws or criminalise same-sex relationships or diverse gender identities.

These three claims were implicit in the arguments of the countries that opposed the renewal of the Independent Expert's mandate and proposed amendments, alongside a fourth: that no country should protect criminals, and the determination of what is a criminal act is subject to the criminal law of each country and is not subject to verification before the international human rights system.

Historically, this issue has been resolved on the basis of the recognition that everyone has a right to their own beliefs, but no one can impose their beliefs or deny others their rights on the basis of their faith. Fundamentalists want this situation reversed so that believers can discriminate against and deny rights to other people

Have anti-rights groups grown in power in recent years?

The power of anti-rights groups is growing, which is possibly linked to the regression that is taking place in the USA. Indeed, in the vote to renew the mandate we saw two groups of states putting up resistance: countries that have never made progress in recognising rights and where there is a lot of resistance to change, and countries that are moving backwards, such as the USA.

In the USA, links connecting white supremacism, neo-Pentecostal groups and the more radical segments of the Republican Party have been growing closer for at least a decade. Anti-rights groups have been taking up space in the courts, from the lowest levels to the Supreme Court, as well as in governorships and state legislatures, resulting in more and more anti-trans, anti-sex education and pro-religious freedom rulings, laws and policies. They have been outspoken in their plans to reverse abortion rights, reject the concept of gender and repeal sexual and reproductive education and contraceptive rights, and even women’s rights, equal marriage and protections against racial discrimination.

The USA has also played a key role in the international funding of the anti-rights movement and the development of neo-Pentecostal churches around the world, particularly in Africa and Latin America. It has also influenced the establishment of a phenomenon that has not been given enough attention: the movement of biology-fixated feminists, who deny the concept of gender with the same arguments used by the most conservative churches.

This unity of argumentation is highly suspicious, and all the more so when one looks at the funding streams coming from the USA feeding biology-focused feminist groups in places including Brazil, Central America, the Dominican Republic, Spain and the UK. The target of these groups is not LGBTQI+ people generally, but trans people specifically. By upholding the biological and natural character of differences they seek to destroy the whole structure of gender-based protections.

I honestly think this is a very well-thought-out plan. I understand that they have mimicked the strategy we initially adopted to give visibility to our struggles. However, they have the advantage of being in power. The number of states that have signed a ‘pro-life’ resolution at the UN and declared themselves ‘pro-life’ states shows that their aim is not just to oppose just LGBTQI+ rights but all rights based on the concept of gender.

How was the campaign for the renewal of the Independent Expert’s mandate organised?

The organisations that lobbied for the renewal of the mandate have worked together ever since the campaign for the appointment of the first Independent Expert. Every time, the process starts long before the appointment. In this case, we started working about three years ago: practically the year after the mandate was renewed we were already working to create the core group to work for a new renewal.

With Latin American organisations, a recurrent limitation is lack of knowledge of the English language, which restricts the ability of activists to internationalise their struggles. To overcome this problem, our core group is made up of both Spanish-speaking and English-speaking activists. This was very important because the coalition was mainly made up of Latin American groups.

It was a very difficult process, and while the vote eventually turned out to be favourable, over several months the outcomes of the sessions did not make us feel confident. We saw growing resistance from countries with fundamentalist positions that were increasingly embracing the idea of rolling back rights.

What are the next steps following the mandate’s renewal?

I believe we should not relax. Difficult times lie ahead. Many rights we thought had already been secured are likely to be reversed in the USA, including those linked to racial equality. It is no longer even a question of returning to a 20th century vision, but to a 16th or 17th century one.

This will have a strong impact at the global level, especially in countries with less developed institutions. Countries with stronger institutions will probably be better able to resist the onslaught to roll back sexual and reproductive rights.

As next steps, I would emphasise organising. In many places people tell me, ‘don’t worry, that would never happen here’, but I insist we cannot relax. We must focus on forming coalitions and organising stronger alliances to stop advances by neoconservative groups and challenge them to gain back the spaces of power they have occupied.