MEXICO: ‘The problem of insecurity is paramount, but it cannot be solved with militarisation’

CIVICUS speaks about the militarisation of security in Mexico and its implications for civil society with Sofía de Robina, a lawyer with Centro de Derechos Humanos Miguel Agustín pro Juárez-Centro Prodh.

Centro Prodh is a Mexican civil society organisation (CSO) founded in 1988 by the Society of Jesus with the aim of defending victims of serious human rights violations and promoting structural changes to allow all people in Mexico to enjoy and exercise the full range of their human rights equally. Its work focuses specifically on Indigenous peoples and groups, women, migrants and victims of repression. 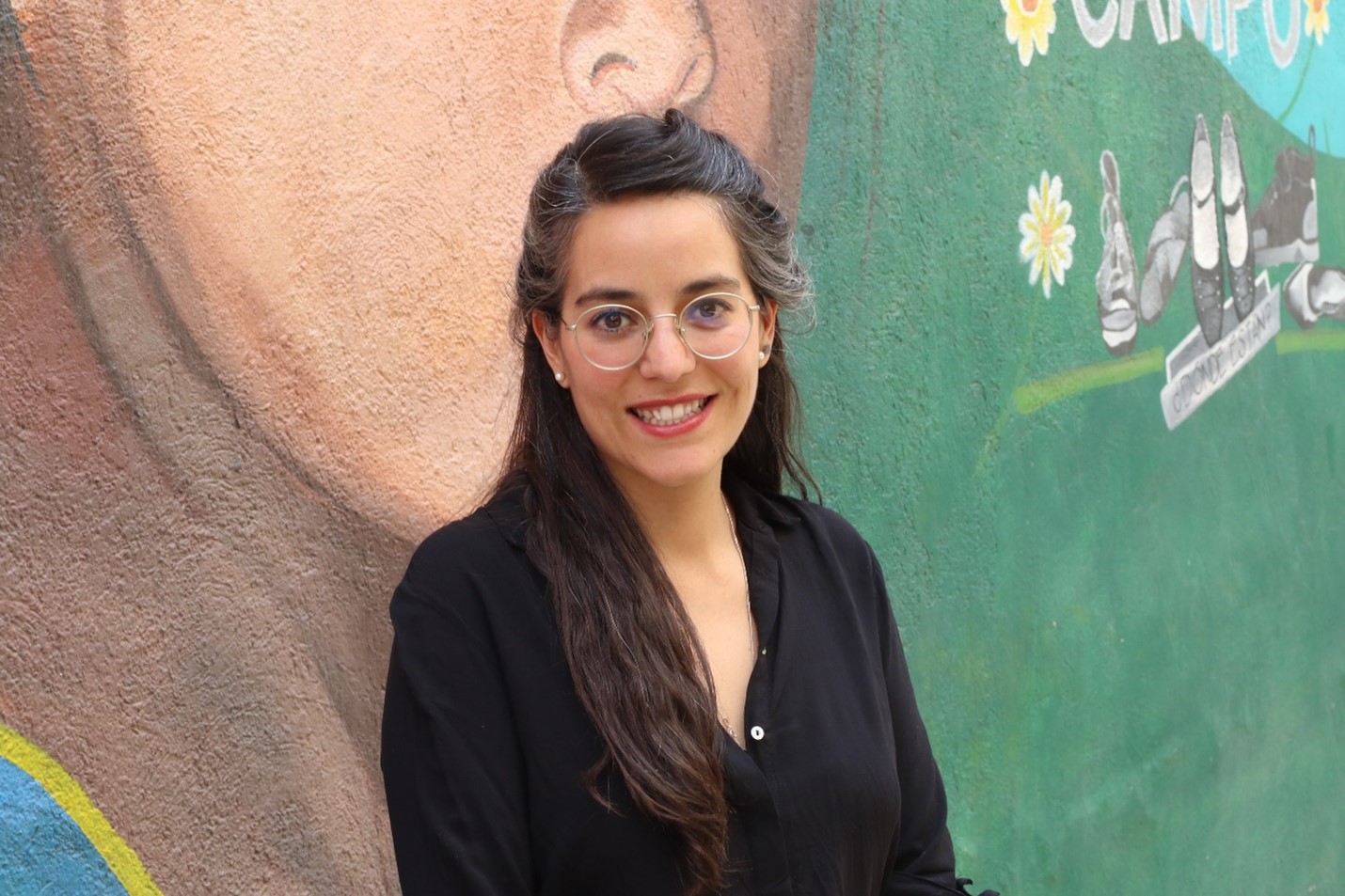 What trends do you see in the militarisation of public security in Mexico?

At Centro Prodh we have seen that starting in 2006, with the deployment of the armed forces in the fight against drug trafficking, there has been an increased focus on the use of force by elements of the military sector instead of on strengthening the civilian police with a focus on prevention and prioritising access to justice and the fight against the corruption of authorities linked to organised crime. Consequently, rather than decreasing, violence increased, as did human rights violations.

The presence of the army and its responsibility for human rights violations dates a long way back – it was involved in the so-called ‘dirty war’ of the 1960s and 1970s. However, this trend deepened under the administration of President Felipe Calderón of the National Action Party, continued under President Enrique Peña Nieto of the Institutional Revolutionary Party and further intensified under the current government of MORENA’s President Andrés Manuel López Obrador.

Over 80 per cent of the current members of the National Guard – created in 2019 through a constitutional reform and initially under the civilian command of the Ministry of Public Security – come from the military. According to the National Guard Law, the institution performs tasks of migration review and supervision, surveillance and investigation. This is extremely worrying as it is becoming a military body. Practically all of its commanders, both administrative and operational, come from the Ministry of National Defence (SEDENA), which means the National Guard is increasingly subordinate to the army.

Congress recently approved an executive initiative to reform the National Guard Law, transferring its operational and territorial command to SEDENA. This is contrary to the constitution, which establishes that public security should be the responsibility of civilian institutions, as ratified by the Supreme Court.

In addition, in 2020 it was established that the armed forces could continue to carry out tasks related to public security, without making clear how they would comply with the principles of exceptional, extraordinary, subsidiary, complementary and supervised intervention. Initially it was agreed that they would do so until 2024, but Congress has just approved a reform to extend the deadline until 2028, without providing any justification.

All these decisions are evidence of the government’s commitment to militarised security instead of strengthening civilian police forces and state and federal prosecutors’ offices, which we believe would be more appropriate if the objective is to investigate crimes and human rights violations.

Moreover, military presence has been strengthened not only in the area of public security, but also in other areas of public administration, such as customs and ports, as well as in the construction of public works. The armed forces have one of the largest budgets in the public administration and are not subject to adequate controls, even though they have historically been characterised by a lack of transparency and accountability.

The National Human Rights Commission has shown no signs of true autonomy when it comes to military oversight. This is evidenced by the small number of recommendations it has issued despite the abundance of complaints involving the National Guard, as well as its refusal to challenge the unconstitutional legal changes.

The attorney general’s office has also failed to carry out relevant investigations into the matter, perpetuating impunity. Oversight bodies are clearly not a sufficient counterweight to SEDENA’s growing power.

Why has this trend developed?

It is undeniable that the current context is one of unprecedented violence and that organised crime carries great weight in Mexico. It is responsible for many human rights violations, often in collusion or at least with the acquiescence of authorities at all levels. In some places, removing the armed forces overnight would not be the most appropriate measure to take.

It is understandable that both the government and society are concerned about security: it is one of the problems that most affects Mexicans. However, the government has opted for militarisation, indicating that there are no other options available. Meanwhile, it has not taken any steps to strengthen adequate investigations to dismantle corruption and organised crime networks.

The militarisation of security has not yielded good results. It has failed to reduce violence and has perpetuated human rights violations. For this reason, international organisations promote a ‘programmatic’ or gradual withdrawal of armed forces, while civilian forces and access to justice are strengthened. However, these recommendations are not being heeded and the role of the armed forces continues to be increased.

We can’t emphasise enough that action must be taken to tackle insecurity. But it is important to discuss what measures should be employed. We believe it should be done by strengthening the civilian police and improving access to justice, and not by means of militarisation.

How is Centro Prodh working on the impacts of militarisation?

Militarisation is one of the main focuses of our work because it has a great impact on human rights, especially for people in vulnerable situations and historically excluded people who are at the centre of our attention: poor people, migrants, Indigenous people and women.

Although militarisation has deepened in recent years, Centro Prodh has long worked on cases of serious rights violations due to military involvement in public security. These types of abuses have always occurred, and we do not foresee them stopping any time soon.

It is common that, as in the Tlatlaya case – where it’s alleged senior army officers ordered soldiers to kill suspected members of criminal gangs and survivors were tortured, and which remains unpunished – the armed forces carry out detentions making a disproportionate use of force and resort to torture to fabricate evidence, without being held accountable for it.

We have worked on cases that have reached the Inter-American Court of Human Rights (IACtHR), such as the case of the Campesinos Ecologistas (‘environmental peasants’), two peasants who were defending their land and were arbitrarily detained and tortured by military forces. In 2010, the IACtHR ordered the Mexican state to redress the violations suffered by the two activists and implement structural changes to eradicate the causes of the abuses: to maintain an updated register of detainees with accessible information and control mechanisms, investigate allegations of torture and reform the Code of Military Justice to ensure that military jurisdiction does not apply to cases of human rights violations.

We have also worked domestically on case of torture committed the armed forces – and specifically by SEDENA and the navy – which have often included sexual violence against women, including cases brought by Claudia Medina and Korina Utrera, Denis Blanco and Charly Hernández.

In working with the families of the 43 students who were disappeared in Ayotzinapa in 2014, we have also observed the resistance of the armed forces to hand over information and be held accountable.

In short, our concern about the militarisation of public security stems from our work to document and support action on cases of serious human rights violations committed by the armed forces.

How is civil society responding to militarisation?

Civil society has mobilised against militarisation for many years, and not just under the current government. This has been a longstanding and ongoing concern.

Organisations working on the ground throughout Mexico have documented the impacts of militarisation. The Women’s Human Rights Centre in Chihuahua has done crucial work documenting violations, particularly disappearances perpetrated by the armed forces, and obtained a recent IACtHR ruling in the case of Alvarado v. Mexico, which established that ‘the intervention of the armed forces in public security activities must be based on criteria of strict proportionality, exceptionality and due diligence to safeguard the guarantees established in the Convention, because the fundamental role of the military forces cannot be conciliated with the essential functions of the civil authorities’.

Organisations such as Tlachinollan have highlighted the repercussions of the presence of the armed forces in Indigenous and poor territories. They have worked on cases such as that of Inés Fernández and Valentina Rosendo, two Indigenous women who survived sexual torture by the armed forces, which led to a ruling by the IACtHR.

Many local organisations, such as Fray Matías de Córdova Human Rights Centre in the south of Mexico and Casa del Migrante de Saltillo in the north, have expressed concern about the militarisation of the borders and the National Guard’s conduct in migration-related tasks .

International human rights organisations have expressed similar concerns. The Inter-American Commission on Human Rights has been vocal on the issue since its first visit to Mexico in 1996. It has issued constant recommendations to successive governments ever since.

So have various United Nations’ (UN) human right experts, such as the Working Group on Arbitrary Detention, the Special Rapporteur on torture and other cruel, inhuman or degrading treatment or punishment and the Special Rapporteur on extrajudicial, summary or arbitrary executions. The Committee on Enforced Disappearances recently visited Mexico and referred to militarisation as one of the main reasons why we currently have more than 105,000 disappeared people.

The Office of the UN High Commissioner for Human Rights has also consistently and emphatically expressed its concern about the military presence and resulting human rights violations.

What alternatives is civil society proposing?

Civil society stands in line with the recommendations made by international organisations, which are very clear: a programmatic withdrawal of the armed forces should be undertaken and civilian institutions should be strengthened – by means of training, funding and a public security strategy that addresses the root causes of the problem – alongside investigative institutions to ensure access to justice.

Unfortunately, instead of following these recommendations, the government has deepened militarisation not only de facto but also de jure, through the creation of a dense legal and institutional framework. This indicates that the trend will be difficult to reverse and will have long-term consequences. SEDENA has always resisted controls and will not voluntarily give back the power it has gained, and it will not be easy for future governments to take it away from it. The possible erosion of the military’s subordination to civilian power opens up a question mark over the future of democracy.

What kind of support could the international community provide?

It is very important for the international community to keep an eye on what is happening in Mexico, monitor the decisions being made, defend civil society in the face of a government that has repeatedly restricted its work and that of independent journalists, and offer support to victims. We need their help so that human rights are placed at the centre of our politicians’ decisions.

Our criticisms are not personal or partisan attacks. Over the years we have looked at the faces of people who have suffered the consequences of militarisation first-hand. The work we do is indispensable in any democracy.

Civic space in Mexico is rated ‘repressed’ by the CIVICUS Monitor.