LEBANON: ‘The main culprits of the current crisis are bank owners and their greed for profit’ 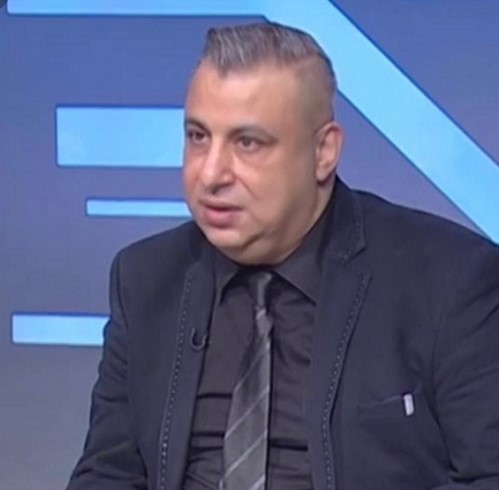 CIVICUS speaks about Lebanon’s ongoing financial crisis and the situation of depositors who are unable to access their savings with Alaa Khorchid, head of Depositors’ Outcry Association.

Depositors’ Outcry Association is a citizens’ group that formed in 2019 to support depositors’ attempts to withdraw their savings from Lebanese banks after their accounts were frozen in response to the financial crisis.

Who is to blame for the situation Lebanese depositors are currently in?

Lebanese depositors are desperate because their savings have been frozen, so they cannot withdraw them from banks. The way they are being mistreated is outrageous. If a depositor simply complains loudly, bank staff call the police on them. Even if they have a million dollars in the bank, depositors are unable to get medical treatment or pay for their kids’ university fees. Banks are only allowing them to withdraw US$140 a month, and are told if they have an issue with that limit, they can go ahead and file a lawsuit.

The main culprits of the current crisis are bank owners, whose greed for profit got us to this point. What they did was a scam. They sent representatives abroad to convince Lebanese expatriates and foreigners to invest their money in Lebanese banks even though they knew we were heading into a crisis, while they smuggled their own money to France, the USA or the Gulf countries, where their investments amount to billions.

Also responsible are state authorities, starting with Riad Salameh, governor of the Banque du Liban (BdL), Lebanon’s central bank. He should have regulated banks and held them accountable three years ago, but he didn’t.

The government is responsible for not applying the laws on banks owners. They should have forced them to return depositors’ money out of their own pockets, but instead allowed them to smuggle their money abroad.

The courts also have their share of responsibility, as they have thousands of cases pending, years after they’ve been filed. When cases filed by depositors in Lebanon reach a certain point they are shelved, while in France and the UK depositors managed to win their cases and get their money back.

How have people organised to get their money back?

People got together to fight collectively through organisations such as Depositors’ Outcry Association, which formed in 2019. As an association, we have filed lawsuits against the BdL governor as well as the Association of Banks in Lebanon (ABL) and one bank, the Société Générale de Banque au Liban (SGBL), that smuggled US$1.2 billion out of the country. All these lawsuits have been pending for years because most of the judiciary has been bribed by the banks.

We also support depositors by mediating between them and the banks. For example, we have a list of cancer patients that we shared with the banks to try and convince them to release some of their funds to enable people to pay for treatment. Some banks, but not all, have responded positively.

Some depositors have gone the banks to get their money by whatever means. One of them was Sali Hafiz, whom we supported. Hafiz asked for our help; a lawyer and members of the association went inside the bank with her and over 100 members were outside the bank to cheer for her and ensure her safety. We also helped a retired serviceman in Chtoura retrieve some of his savings from the bank. The association’s lawyer follows up with depositors, and when a depositor enters a bank to try to get some of their money back, we spread the word among our supporters so people gather outside in support and make it harder for others to enter the bank or for security to kick them out.

It is worth noting that not all the organisations out there are supporting depositors. There are several organisations funded by ABL or SGBL, which obviously always side with the banks. The same applies to local media, which continues to accept money from the banks in the form of advertising. Depositors have had their accounts blocked for three years on the grounds that there is no money to give them back, but the banks still find money to pay for advertising.

What needs to change so the situation can be resolved?

We don’t have a functioning governance system. Banks have retained people’s savings for three years and the BdL has allowed this to continue, while the judiciary has protected the banks by withholding thousands of cases without reaching a conclusion. Many judges have a financial incentive to behave this way: they got bank loans worth millions of US dollars, which they are now repaying in Lebanese lira at a ridiculous exchange rate – they will end up paying 10 per cent of the original amount. This is a real scandal.

The first change needed is to replace the BdL governor. He is the one behind the financial policies issued in 2017 and 2018. He brought cash in from correspondent banks and loaned it to the state without any guarantees. He spent US$100 billion without ever being held accountable. He considers himself above the law: he faces multiple lawsuits but he simply refuses to show up in court.

What are the implications of the recently passed Banking Secrecy Law?

Parliament passed an amended Banking Secrecy Law that will lift secrecy on the bank accounts belonging to public officials and major bankers. We find the new law acceptable, although we hoped it would apply retroactively. As we told the head of the Parliament’s Finance and Budget Committee, we want to clarify what happened to the funds the political and financial elite transferred abroad after 17 October 2019, estimated at between US$13 and 15 billion. We want to understand who smuggled them and where to. But the new law won’t solve all the issues as there is no trust in the banking system.

Another bill, the Capital Control Law, is set to be discussed in parliament, but there is still no final draft to comment on. Unfortunately, it is a bit too late to discuss capital controls, once capital has been massively smuggled abroad. Capital controls should have come a week, even a month into the crisis, but not after three years. Banks have smuggled the funds of the elite abroad because there were no legal impediments. The latest update we heard regarding the capital control law is that there will be no separate capital control law and it will be part of a larger recovery roadmap consisting of many changes in addition to capital control. We consider the potential recovery roadmap as a death sentence to depositors.

What do you think about the conditions imposed by the International Monetary Fund (IMF) for approving a US$3 billion loan?

According to the government, one of the IMF’s main conditions is to write off US$70 billion of depositors’ funds. If that is what the IMF wants in exchange for giving the state a US$3 billion loan, then of course we are against it. The IMF can’t ask the state and BdL to write off as much funds to ensure they get repaid for their loan. Some members of parliament promised us they would refuse to pass any legislation to that effect.

But a reform requested by the IMF that is most important to us, and which ABL rejects, is the restructuring of banks. We hope that banks will be restructured and a timeline for repaying depositors will be released.

At the beginning of the crisis, BdL had US$34 billion. Today, it has US$8 billion. Those billions are gone due to governance failures. If the same policies remain in place, nothing will work, regardless of whether the IMF gives the state a loan of US$3 or 10 billion. The first step to get out of this crisis should be to guarantee deposits, because the crisis wasn’t the depositors’ fault.

In the past 15 years banks made over US$35 billion in profit, which was transferred abroad. We demand a forensic audit of each bank to find out which had profits, and how much. There are 40 banks in Lebanon. Why are they being treated as one? We should examine each separately.

Civic space in Lebanon is rated ‘obstructed’ by the CIVICUS Monitor.

Get in touch with Depositors’ Outcry Association through its Facebook page.