QATAR: ‘Labour reforms need to continue after the World Cup is over’ 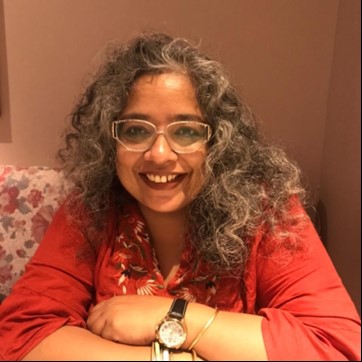 CIVICUS speaks about the World Cup in Qatar with Vani Saraswathi, editor-at-large and director of projects at Migrant-Rights.org and the author of Stories of Origin: The Invisible Lives of Migrants in the Gulf.

Migrant-Rights.org is a Gulf-based civil society organisation that works to advance the rights of migrant workers in Gulf countries. It documents migrant narratives and promotes local discussion and campaigns to bring changes in policies, practices and attitudes towards migrant workers.

What human rights violations have you documented in construction works for the 2022 Qatar World Cup?

The economy of Qatar is heavily dependent on migrant workers, who make up over 93 per cent of the labour market. The construction sector is even more heavily dependent on migrant labour, and due to the nature of the work exploitation and rights violations are much more visible than in other sectors. This also happens in the hospitality sector, domestic work and fishing and agriculture, but tends to be more hidden.

Since 2000, Qatar’s population has grown very fast, from 700,000 people in 1999 to 1.7 million in 2010 to close to three million now. The infrastructure and the services needed to host such a large population have not kept pace: people were being recruited quickly, but support systems were not built fast enough.

Rights violations have shifted over the years from poor accommodation to crowded accommodation to rampant wage theft. As the scale of construction operations grew, corporations resorted to subcontracting, with worker recruitment, safety and welfare left in the hands of subcontractors and no effective legal mechanism for oversight, which enabled corruption.

Unfortunately, the narrative on corruption around worker recruitment focuses on origin countries because for one of the richest countries in the world it is easier to blame poorer countries than take responsibility for the problem. The fact that many of the kickbacks are filling the pockets of procurement officers and businesspeople in destination countries is overlooked.

This is the environment in which abuse takes place. Workers are entering the country already in debt and often do not receive the salary they were promised.

Certain steps have been taken to fix this issue. The Qatar Visa Centre, for instance, takes care of the last mile of recruitment so workers sign their contract and undergo medical testing before they come. Fees are also being paid in Qatar. But the bulk of the exploitation happens on the job, when people are not paid what they were promised, or they are made to work overtime with no extra pay. This is not being properly addressed.

Migrant workers’ main concern is to be able to send money home, and as long as they get their money they are often willing to tolerate many abuses: social isolation, cultural exclusion, terrible living conditions and lack of access to justice. These issues are ongoing.

On other issues, such as workplace safety and heat stress, Qatar has been working on upping standards. There is still a lot to be done, but in the context of the Gulf, summer midday work bans and heat stress regulations are a big step forward. But it is not sufficient.

A pending issue is health deterioration. Most construction workers are recruited when they are in their early 20s and usually undergo stringent medical tests to ensure they are in best health. But their health deteriorates quickly post-arrival. Due to the inhospitable and unhygienic living and working conditions, they often develop various comorbidities including high blood glucose levels and hypertension. There are also several cases of unexplained deaths of previously healthy, young men, but their deaths are attributed to natural causes or cardiac arrests, and Qatar has failed to investigate the real causes. In contrast to those who have accidents, whose injuries are assessed and who may get a disability allowance or insurance, those developing severe health conditions receive no compensation. Instead, they suffer the consequences when their productivity diminishes, and the burden is passed on to their families and origin countries.

Do you think recent labour reforms will have a positive effect?

One of the main reforms has been the removal of the requirement for foreign workers to apply for an exit permit to leave Qatar. The other Gulf countries, except for Saudi Arabia, had already done the same, allowing for some freedom of movement.

Another important change has been the removal of the requirement of a no objection certificate. This means that all workers, including domestic workers, are allowed to change jobs at any point in their labour contract. This measure triggered a lot of pushback.

A new online system was set up that allowed people to search and apply for jobs. It initially went well, but employers started pushing back when they saw the prospects of an exodus and feared losing control of their workers. The Shura Council, the legislative body, also weighed in, following which Qatar introduced a new requirement: to go through the online process to change jobs, workers must submit a resignation letter stamped by their employer. This became a de facto no objection certificate. There are strong power dynamics at play. For instance, there have been cases of workers getting approval to change jobs after not having been paid for months, changing jobs and then having their authorisation withdrawn and made to go back.

A non-discriminatory minimum wage has also been introduced. Although pretty low, it is still a minimum wage. The basic monthly salary amounts to approximately US$275, or around US$500 if the company does not provide accommodation and food. It is not much in a country with a per capita GDP of above US$60,000, and hence applies only to low-income migrants from Asia and Africa.

Additionally, across Gulf countries there is a system in place for all workers to be paid electronically. It’s aimed at preventing non-payment but has repeatedly failed to do so. The system should spot non-payment cases early on, rectify them and hold the employer accountable, but it does not. Non-payment cases typically arise when workers who haven’t been paid for several months file a complaint. Setting aside the problem of domestic workers, a persistent problem of non-payment results from smaller companies at the bottom of the supply chain being unable to pay if they are not paid on time by their client.

The government of Qatar also set up a work insurance fund to protect workers when employers fail to pay them. When a worker’s complaint is resolved by either a court or the dispute settlements committee, a mechanism that handles workers’ complaints, the fund must pay. There are certain criteria to qualify and there is a cap on how much a worker can receive that is lower than what most of them are owed. It doesn’t match the scale of abuse that happens, but it’s still something.

Finally, management-worker joint committees have been allowed within companies. This was presented as either a step towards allowing unionisation, or a substitute for it. But the power dynamics are so skewed there is very little scope for collective bargaining, and they do not remotely resemble unions, even if the joint committees have elected representatives.

What role has civil society played in raising awareness of these and other rights violations?

The World Cup was a good entry point as it forced Qatar to allow for investigations. The network obtained access and produced reports. A lot of international journalists came in. This is something we must recognise, because other countries that held big events, such as the Dubai Expo or the Formula One race in Bahrain, didn’t allow this kind of scrutiny.

But Qatar hasn’t always managed the attention well and sometimes got too defensive or complained that its efforts to open up and allow criticism were underappreciated. But while the government engaged with foreign or international trade unions speaking on behalf of Asian and African workers, it never allowed criticism to be voiced internally and never allowed those workers to organise. The same goes for civil society.

At the local level there are charitable institutions but there is not a rights-oriented civil society. The closest there is to this are organisations such as Migrant-Rights.org, working regionally. To nurture civil society, space would need to exist to speak about women’s rights, LGBTQI+ rights, citizenship rights and many other issues people are grappling with but cannot currently express. But the government knows this is a Pandora’s box. The most it will do is selectively open up some space for issues that are less threatening, such as the situation of migrants, as long as local activism around it remains suppressed.

The situation is different from what happens in Bahrain and Kuwait, where despite harsh oppression, there are still independent voices rising and fighting back. People are being jailed or forced into exile but there is still a civil society vibrancy that doesn’t exist in the open in Qatar. It is probably present behind closed doors and in smaller spaces. People are talking about these issues, but they are not speaking aloud. Qatar, however, recently held its first elections for the Shura Council, so things may be about to change.

Has there been any accountability for violations of workers’ rights?

The problem in Qatar is that laws have been enforced and reforms have been implemented only in response to criticism. This time around, it was in response to the attention brought by international organisations under the spotlight of the World Cup. The problem with this kind of response is that it tends to stay on paper because it is not the result of dialogue with the key stakeholders, namely employers and workers, and an understanding of the system on the ground.

Enforcement is difficult because local employers are pushing back: they feel that workers’ rights come at a cost that is being paid from their pockets. The government has made no attempt to talk to stakeholders on the ground, and it won’t be able to implement any reform without them. Qatar is a tiny country. We’re talking about a handful of extremely powerful families who are in business, in the security apparatus, in the Shura Council, everywhere. Some of their companies have a proven record of poor practices, including using short-term visas and not giving end-of-service payments, and they continue to be awarded new contracts over and over. They are not held to account.

What needs to be done so the rights of migrant workers in Qatar are not forgotten when the World Cup ends?

The World Cup is just one event and a starting point for limitless business ambitions. If you look at industry reports, it is clear that large-scale infrastructure projects are going to continue. I only hope that those who shone the spotlight on Qatar didn’t do it because of the sport, but because they really care about migrant workers. Because if that is the case, they should continue promoting reforms and monitoring their effective implementation after the World Cup is over.

Qatar needs to ensure workers get their wages and fair compensation and that nobody leaves the country in distress. Otherwise rights violations will continue to happen, and it’s not right. I hope the government at least realises that even when the World Cup is over, it doesn’t need that kind of bad publicity.

Civic space in Qatar is rated ‘repressed’ by the CIVICUS Monitor.