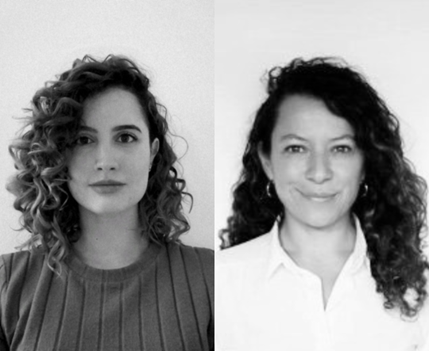 CIVICUS speaks with Jessica Corredor Villamil and Lina Arroyave about the situation of Venezuelan migrants and refugees in Colombia. Jessica is the director of and Lina a researcher in Dejusticia’s international team.

Dejusticia is a centre for legal and social studies based in Bogotá, Colombia, dedicated to promoting human rights in Colombia and the global south. It promotes social change through action-research, developing public policy proposals, advocacy campaigns and strategic litigation.

How has Colombia changed its legal framework to accommodate Venezuelan migration?

There are currently three ways in which Venezuelan nationals can obtain the status that allows them to stay in Colombia for extended periods: visas, refugee status and the Temporary Protection Status for Venezuelan Migrants (ETPMV).

The ETPMV was established in 2021 to address the situation of mass migration from Venezuela. It has two main objectives: to identify the Venezuelan migrant population and regularise their migratory situation. To this end, two mechanisms are envisaged. The first is the Single Registry of Venezuelan Migrants, which collects personal and socio-economic data of those who register, administered by Migración Colombia, the authority in charge of migration control and surveillance. The second is the Temporary Protection Permit, which authorises its holders to stay in Colombia for 10 years and allows them to access the health, social security, education and financial systems, validate their diplomas, work and leave and re-enter the country.

Those in Colombia who have regular status, who have requested refuge but have not yet received a response, who entered the country irregularly before 31 January 2021, who have entered the country regularly after May 2021, or do so before late May 2023 are all eligible for temporary protected status. After that cut-off date, it will only be available to children and adolescents.

Even so, people are not guaranteed temporary protected status if they meet all the requirements, since it is granted at the discretion of Migración Colombia.

How has the ETPMV system worked during its first year?

The process has taken longer than expected, falling short of the goal set by the previous government of delivering 1.8 million identification documents by 2022.

According to data from Migración Colombia, as of November 2022 about 2.5 million people have entered their data in the Single Registry for Venezuelan Migrants and 1.6 million permits have been approved.

This gap is worrying because lack of regular migration status imposes barriers to accessing fundamental rights and hinders the socio-economic integration of migrants.

In addition, many people did not register because they were unable to regularise their migration status. The ETPMV was only available to those in an irregular situation who had entered Colombia before 31 January 2021. This time limitation ignores the fact that irregular migration continues, largely because of the impossibility of obtaining official documents in Venezuela. Irregular status is assumed to be the result of individual decisions, when it is usually results from the impossibility of complying with the requirements imposed.

What integration barriers do Venezuelan migrants face in Colombia?

In a recent report we identified multiple barriers to accessing and remaining in the formal labour market, as well as for setting up a business.

The main legal barrier is lack of regular migration status. The thousands of people who continue to enter Colombia through informal border crossings are denied access to temporary protected status. This has an impact on both formalising their employment and access to entrepreneurship support funds, particularly from the state, but also from the private sector. A majority of self-employed migrant workers work in the informal sector.

Widespread ignorance among employers of migration legislation imposes additional barriers. For instance, many are unaware that the validation of university degrees is only required for professions that involve high social risk, such as medicine, or that are regulated by the state, such as architecture or law, for which all applicants must follow a process to validate their diplomas and have professional cards issued. This procedure requires an official certificate that must be obtained in Venezuela, and those who are already in Colombia face immense difficulties in securing this.

There are also social and cultural factors that can affect the employment situation. Negative perceptions of the Venezuelan migrant population affect recruitment processes. Xenophobia and discrimination deepen in situations of insecurity, although there is no evidence of links between migration and increased crime.

Lack of social capital – such as well-placed contacts and job references – is also a problem for migrants.

Additional obstacles make it difficult for migrant workers to remain in the formal economy. For example, many banks refuse to open savings accounts for Venezuelan migrants. They not only require them to prove their regular migration status but also demand an up-to-date passport, which they usually don’t have. Similar challenges come with some health insurers, pension funds and occupational risk insurance companies.

As a result, to earn an income many migrants are forced into precarious jobs and exploitative working conditions, including extremely long working hours, sub-minimum wages, mistreatment and changes in agreed working conditions. In 2019, the average monthly income of a Venezuelan migrant was less than the legal minimum wage, and the wage gap compared to Colombian nationals was more than 30 percentage points.

What is Dejusticia doing to promote migrants’ rights?

As a civil society organisation, we carry out research on migrants’ access to rights that we use to influence decision-making processes on migration policy and formulate public policy recommendations. In the research process leading to our report on the labour inclusion of Venezuelan migrants, for example, we organised an event to which we invited various stakeholders, including government agencies, to work on recommendations. Also, when a new government took office in August 2022, we produced a series of recommendations, in partnership with other organisations.

We also develop strategic litigation and communications campaigns, and work with other organisations, both nationally, regionally and in other regions of the global south, to address the migration phenomenon from a broader perspective.

What support from the international community do organisations defending the rights of migrants in Colombia need?

It is important for the international community to shed visibility on and support the processes that are taking place in relation to the rights of Venezuelan migrants. But it is also very important that the support of the international community covers other migratory flows and takes into account the problems happening on the Colombia-Panama border, crossed by migrants of various nationalities trying to head towards the USA.

It is also important for the international community to remind the Colombian government of the commitments it has made by ratifying treaties and adopting international standards on migration and refugees.

Civic space in Colombia is rated ‘repressed’ by the CIVICUS Monitor.