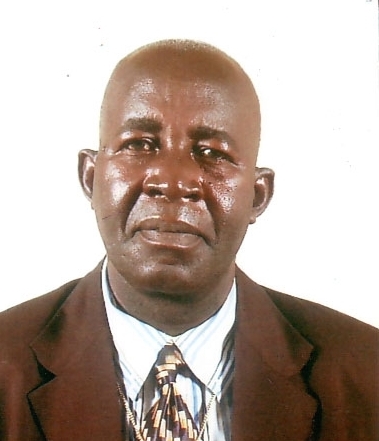 He was provisionally released from jail but is in exile at the moment. He was shot and seriously injured on 3 August 2015 and was taken out of the country for medical treatment. His son in law, Pascal Nshimirimana, was subsequently assassinated on 9 October 2015.

Leading Burundian human rights activist Pierre Claver Mbonimpa was arrested at midnight on 15 May 2014 in Bujumbura was interrogated by prosecutors and later charged with inciting public disobedience and threatening national security on the basis of comments he made on Burundian radio station,  Radio Publique Africaine (RPA).  He is one of Burundi’s leading human rights defenders and president of the Association for the Protection of Human Rights and Detained Persons (APRODH).   The charges against him stem from comments he made on Radio Publique Africaine (RPA) on 6 May 2014 that some youth from Burundi were being armed and sent to the Democratic Republic of Congo (DRC) for military training.   Before his arrest, he was questioned by the police about the comments he had made on radio. Pierre Claver is a former police officer, a former prisoner and founded APRODH to defend prisoner’s rights and the rights of all Burundians. He is currently being detained at the Prison Centrale de Mbimpa.

Pierre Claver Mbonimpa (66 years old) is a leading human rights defender in Burundi and had served in the police force before 1994.   He was imprisoned for two years on the basis of false accusations and after experiencing the harsh and deplorable conditions in prison, he formed APRODH.  He has over the years campaigned against extra-judicial killings and publicly condemned the poor living conditions in Burundi’s prisons.

He has been a victim of judicial harassment and persecution in the past for his human rights activities and in 2010 he was summoned by the judicial authorities and interrogated about the work he was doing on the case of human rights defender Ernest Manirumva who was assassinated in 2009 while investigating allegations of corruption in the Burundian police.

Prior to his arrest on 15 May 2014, he responded to summons from the police on 7 and 12 May and sent his lawyer to represent him on 14 May.  He was interrogated about the comments he made on RPA and was later arrested at the airport in Bujumbura on 15 May while on his way to Kenya.   He is a recipient of the 2007 Martin Ennals Award and the 2011 Henry Dunant Award.   He is a prisoner of conscience arrested and intimidated for his human rights activities.

Letter calling for the release of Pierre Claver Mbonimpa