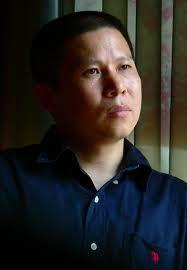 Civil society activist and public-interest lawyer Xu Zhiyong was arrested in Beijing on 22 August 2013 in apparent reprisal for his role in the “New Citizens’ Movement,” a network of human rights defenders which advocates for greater democratic freedoms and rule of law in china.

Xu was formally arrested following more than two month in detention beginning on July 16 on charges of, “Gathering a crowd to disrupt order in a public place” in a wave of targeted arrests aimed at undermining the leadership of the New Citizens’ Movement.

On January 26, 2014, Xu was sentenced to four years in prison. On 11 April 2014, a Beijing court rejected an appeal submitted by Xu contesting his four-year sentence.

CIVICUS believes that Xu Zhiyong is being unjustly persecuted for his on-going work to promote civil society and oppose government corruption in China. Xu was first detained by security forces on 29 July 2009 in response to his work with the CSO, the Open Constitution Initiative (OCI), which provided legal counsel to victims of human rights abuses. On 12 August 2009, Xu was formally arrested on unsubstantiated tax evasion charges, while the authorities later forcibly dissolved OIC and fined the organization 1.46 million Yuan (approximately USD 240,000).

Following his release on bail on 23 August 2009, Xu published an article entitled, “New Citizens’ Movement,” elucidating a number of key measures to be taken by Chinese citizens to establish a more equitable and just society. In his article, Xu summarized the New Citizens’ spirit as being free, righteous, and loving and stating that:

Freedom implies the sovereignty of belief, thought, expression, life, the pursuit of independence, and the unrestrained, authentic selfhood. People’s freedom is the end goal of society, country, and law. Righteousness: it is the fair justice of this world; it is the ideal status of the country and the society; it is equal opportunity.

The publication of the article led to the creation of the New Citizens’ Movement, a loose coalition of human rights defenders which organized monthly dinners to discuss pressing social, political and economic issues. The meetings, which have reportedly been held in over cities across China, resulted in a number of public advocacy campaigns including petitions and protests in defence of the rights of migrant workers and greater respect and democratic reform.

Chinese authorities, in an attempt to eliminate the leadership of the New Citizens’ Movement have arrested more than a dozen of its members. On 12 April 2013, Xu was placed under house arrest where he remained until 16 July 2013 when he detained in a Beijing Jail. On August 22 was formally arrested on charges of “Gathering a crowd to disrupt order in a public place.

CIVICUS remains deeply concerned about Xu Zhiyong’s safety and security while in detention and calls for his immediate and unconditional release.

Letter from Xu Zhiyong on the Open Constitution Initiative

Video of Xu Zhiyong from detention