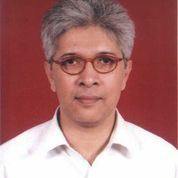 Adilur Rahman Khan, Secretary of prominent human rights organization Odhikar, was arrested at his home in the capital, Dhaka on 10 August 2013 and remanded into custody. Plain clothes members of the Detective Branch who conducted the raid failed to produce an arrest warrant. Police have also raided Odhikar’s office, confiscating several computers.

Adil is reportedly being accused of violating the Information and Communication Technology Act and Code of Criminal Procedure for the publication of a fact finding mission report by Odhikar on the alleged killing of 61 people by Bangladeshi security forces in May 2013.

On 4 September 2013, Adil was charged under Section 57 of the Information and Communications Technology (ICT) Act 2006.

If convicted, Adil faces up to 10 years in prison.

CIVICUS believes that Adil is being unjustly persecuted for his work and beliefs as a human rights defender by Bangladesh’s security forces as part of the government’s escalating campaign to silence independent dissent in the country. As part of this clampdown, civil society groups including Odhikar are increasingly being subjected to harassment and intimidation by law enforcement agencies.

In October 2011, Adil was summoned by the Special Branch of the police, who refused to give reasons for their action. Odhikar representatives have also reported increased levels of surveillance and monitoring by government security forces in the lead-up to Adil’s arrest.

Adil’s arrest follows the publication of an online report on June 10 titled, “Assembly of Hefazate Islam Bangladesh and Human Rights Violation” in which Odhikar reported that 61 people were killed from 5-6 May 2013 when security forces violently dispersed demonstrations in Dhaka organized by the Islamist Hefazat-e-Islami movement.

Two charges were lodged against Adil on 10 August in connection with the publication of report, including disseminating false images and information and disrupting the law and order situation of the country under clauses 1 and 2 of Section 57 of the Information and Communication Technology Act 2006 and Section 54 of the Code of Criminal Procedure.  These charges have however been flatly refuted by Odhikar.

CIVICUS remains deeply concerned about the safety and security of Adil while in detention.

About Odhikar
In October 1994, Odhikar (a Bangla word that means ‘rights’) came into being with the aim to create a wider monitoring and awareness raising system on the abuse of civil and political rights. The principal objectives of the organisation are to raise the awareness of human rights and its various abuses, on the one hand and to create a vibrant democratic system through election monitoring on the other. The organisation also performs policy advocacy to address the current human rights situation. Odhikar has no field or branch offices. Instead, it has trained more than 300 people all over the country to be human rights defenders, who are relied upon for information outside Dhaka.

Interview with Adil’s wife:
Saira Rahman, wife of Adilur Rahman Khan spoke to CIVICUS about the circumstances surrounding his arrest and detention and the on-going persecution of Odhikar.