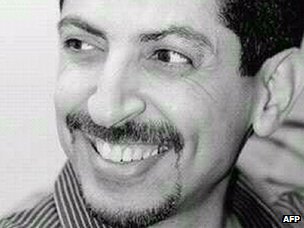 Mr. Al-Khawaja continues to be denied adequate medical attention and suffers from severe medical complications as a result of his mistreatment in detention. Mr. Al-Khawaja has reported that he has cramps in his facial muscles from metal plates and screws that were set in his jaw after it was broken by security officials in four places in 2011. Mr. Al-Khawaja also continues to experience acute pain due to an injury to his coccyx sustained during torture in 2011.

In May 2011, Abdulhadi, along with 21 other opposition activists, went on trial in front of a military tribunal, the National Safety Court. On 22 June 2011, he and seven other defendants were sentenced to life imprisonment, convicted of organising demonstrations and of "forming a terrorist group to change the constitution and its monarchical system." Abdulhadi's conviction was based on a confession made under duress, and no evidence was presented during the trial to suggest that Abdulhadi had called for violence during the mass protests for civil rights and self-determination.

On 8 February 2012, Abdulhadi began a prolonged hunger strike (lasting 110 days) in protest against his ill-treatment and unjust detention. Having resolved to strike until death if refused unconditional release, he ended the strike on 30 May 2012 when he was allegedly forcibly fed by hospital staff. During the strike, Abdulhadi's health dramatically deteriorated, with his weight dropping to 51kg.

Background Information:
Abdulhadi al-Khawaja, a Bahraini and Danish citizen, is a renowned human rights defender and vocal critic of Bahraini royal family. He has worked for over twenty years for the promotion of human rights and civil liberties in Bahrain and is the founder and former president of the Bahrain Centre for Human Rights (BCHR). He also worked regionally in training and educating newly founded civil societies. Until February 2011, he worked as the regional coordinator for the international organisation, Frontline Defenders.

During the course of the arrest, despite Abdulhadi offering no resistance, he was reportedly beaten unconscious and dragged downstairs in front of his family. Following the assault he was left with a jaw broken in four places and required a four-hour surgery. Subsequently, he was placed in solitary confinement and was subjected to physical, sexual and mental torture.
The trial of Abdulhadi and the other opposition activists fell well below both international and national standards for a fair trial, drawing condemnation from the international community. Moreover, the charges of "organizing and managing a terrorist organisation," "attempt to overthrow the Government by force and in liaison with a terrorist organisation working for a foreign country" and the "collection of money for a terrorist group" were brought under emergency legislation, introduced by the Bahraini authorities in the wave of civilian protests that began in February 2011.

During the height of the 'Arab Spring' at the beginning of 2011, protestors suffered violent crackdowns by the Bahraini authorities, with almost 50 killed, hundreds injured and hundreds more arrested and tried before military courts. Despite admitting to serious abuses during this period, in response to the November 2011 report by the Bahraini Independent Commission of Inquiry (BICI), the Bahraini government has done little to relax the restrictions placed on basic freedoms of expression, association and assembly and activists continue to be targeted for expressing their legitimate dissent.

On 20 September 2012, Abdulhadi and his two daughters Zainab and Maryam al-Khawaja, were recognised by the US organisation, Freedom House, when they were awarded the annual Freedom Award for "boldly demand[ing]reform, condemn[ing] government oppression, and tirelessly advocat[ing]" for the release of political prisoners. Abdulhadi and his two daughters are now also nominees for the Nobel Peace Prize.

On 8 November 2012, Maryam al-Khawaja was further honoured with the Steig Larsson Prize, recognising her "courageous struggle for democracy and human rights", through the use of social media.