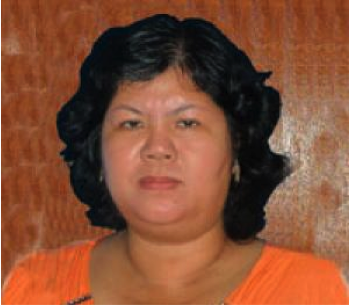 The prominent land rights activist, Tran Thi Thuy, was arrested in August 2010 on charges of ‘subversion’. Following a closed, one-day tribunal held on 30 May 2011, the activist was sentenced to eight years in prison for allegedly violating Artice 79 of the Vietnamese Penal Code, prohibiting attempts “to overthrow the socialist government”.

The charges brought against Tran Thi Thuy relate directly to her work as a rights actiivist. Herself a member of the sizeable population of dispossesed landowners (known as ‘aggrevated citizens’ or ‘dân oan’), who have been offered little or no compensation in return for the siezure of their property by local government officials, Tran Thi Thuy championed the land rights of families, like her own, by actively petitioning the authorities for appropriate redress.

In September 2011, the UN Working Group on Arbitrary Detention ruled that Tran Thi Thuy had been arbitrarily detained for exercising her fundamental right to freedom of association and her conviction was in contravention of international law and in violation of their fundamental right to an open and fair trial.

On August 10, 2010, members of the Vietnamese Public Security raided the home of Tran Thi Thuy, arresting the activist despite failure to provide an arrest warrant. After being held for ten days incummunicado, her family was informed that she was being held under Article 79 of the Vietnamese Penal Code.

In the lead up to her trial, Tran Thi Thuy was repeatedly beaten by police and has suffered medical complications as a result of injuries sustained to her stomach, which have left her in a weakened state. Since her conviction, she has been subjected to forced manual labour, with workloads proportedly reserved for male prisoners, including the husking of cashew nuts for sustained periods, an activity that has left her with caustic burns to the skin. Despite these medical conditions, the actiivst has been denied medical treatment. There have also been reports of intimidation by fellow inmates, orchastrated by prison authorities.

Since 2010, there has been a dramatic increase in the number of Vietnamese human rights activists detained and convicted in political trials that fall well below the minimum standards of legal due process demanded by international law. 2012 alone saw 40 such activists indicted under spurious ‘national security’ charges, with a further 40 activists subject to political trials in the first six weeks of 2013.

The Vietnamese Penal Code prohibits public criticism of the government and the Socialist party, with seven nonviolent national security offences carrying the death penalty – including, Article 88 of the Penal Code: “conducting propaganda against the Socialist Republic of Vietnam” and Article 258: “abusing rights to democracy and freedom to infringe upon the interests of the State.”