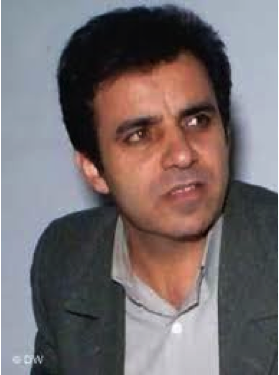 Mohammad Seddigh Kaboudvand, who has been detained in Tehran since July 2007, has repeatedly been denied requests for sick leave for treatment for a serious heart ailment.  It is reported that Mr Kaboudvand’s health has severely deteriorated as a result.

Mohammad Seddigh Kaboudvand is an Iranian-Kurdish journalist and human rights activist who founded the Kurdistan Human Rights Organisation (HROK) and served as the editor of the independent weekly newspaper, Payam-e mardom. Until his detention, Mr Kaboudvand documented cases of human rights violations in Iran’s Kurdish areas.

Mr Kaboudvand was arrested by security officers in civilian clothes at his office in Tehran and was remanded in custody from 1 July 2007. In May 2008, he was handed a 10-and-a-half year jail sentence on charges including “acting against national security through HROK,” “widespread propaganda against the system by disseminating news,” “opposing Islamic penal laws by publicizing punishments such as stoning and executions,” and “advocating on behalf of political prisoners.”

CIVICUS believes that Mr. Kaboudvand is a prisoner of conscience and is currently imprisoned due to his efforts to promote human rights in Iran through the Human Rights Organisation of Kurdistan and his work as a journalist.

CIVICUS calls for his immediate and unconditional release.

Please write to the leader of the Islamic republic of Iran:

Calling for the immediate and unconditional release of Mr. Mohammad Seddigh Kaboudvand, as he is a prisoner of conscience arrested simply for carrying out his duties in promoting human rights in the country.  Moreover, he should be granted access to medical care as this is within his basic human rights.