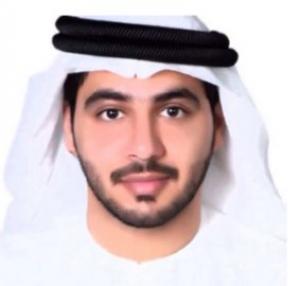 Human rights defender and online activist Osama Al- Najjar, was arrested on 17 March 2014 in Abu Dhabi by state security forces.  Preceding his arrest, Osama was returning from the Arazeen jail where his imprisoned father, Hossain Al-Najjar, is currently serving an eleven year prison sentence for being a member of UAE94, a group of 94 activists serving heavy prison sentences on highly questionable grounds for  attempting to overthrow UAE’s authoritarian government.

Upon his arrest, Osama’s whereabouts were kept secret from his immediate family.
He was kept in solitary confinement and tortured at a secret detention centre  in Abu Dhabi for four days before he was transferred to the Alwathab jail in Abu Dhabi.

Osama remained in pre-trial detention for six months before his first court hearing on 23 September 2014 at the Federal Supreme Court in Abu Dhabi. He is charged with being a member of Al-Islah (Reform and Social Guidance Association), a group banned in UAE for its alleged links to the Muslim Brotherhood, offending the State on Twitter, instigating hatred against the State via Twitter and spreading lies on Twitter about the torture of his father.

During his second hearing at the same court on 14 October 2014, Osama expressed that he was prevented from accessing his case file and was not allowed to contact his lawyer while in detention. The court postponed Osama’s case for a third time to 28 October 2014 to hear pleadings from both the defence and the prosecution. UAE authorities have not yet shared information on Osama’s final hearing, raising serious concerns that Osama’s access to justice will be delayed in reprisals for  his legitimate human rights work.

Background Information
Osama has been active on Twitter since 2012 and has used the platform to highlight fundamental human rights of political detainees and call for an end to their ill- treatment. Osama has also in the past commented on the unfair trial and imprisonment of the UAE94.  On 16 March 2014, hours before his arrest, Osama replied to the ruler of Sharjah on Twitter and said “The people responsible for imprisoning and harassing my father for the past 20 months owe him.”

The arbitrary arrest of Osama Al-Najjar is another routine example that demonstrates UAE authorities’ growing intolerance of online and offline dissent. Since its second cycle review under the Universal Periodic Review in 2013, UAE has placed a number of worrying restrictions on the rights to freedom of opinion and expression, and has not yet ratified the International Covenant on Civil and Political Rights (ICCPR).