UN Panel Discussion, Freedom of peaceful assembly and association and the 2030 Agenda for Sustainable Development 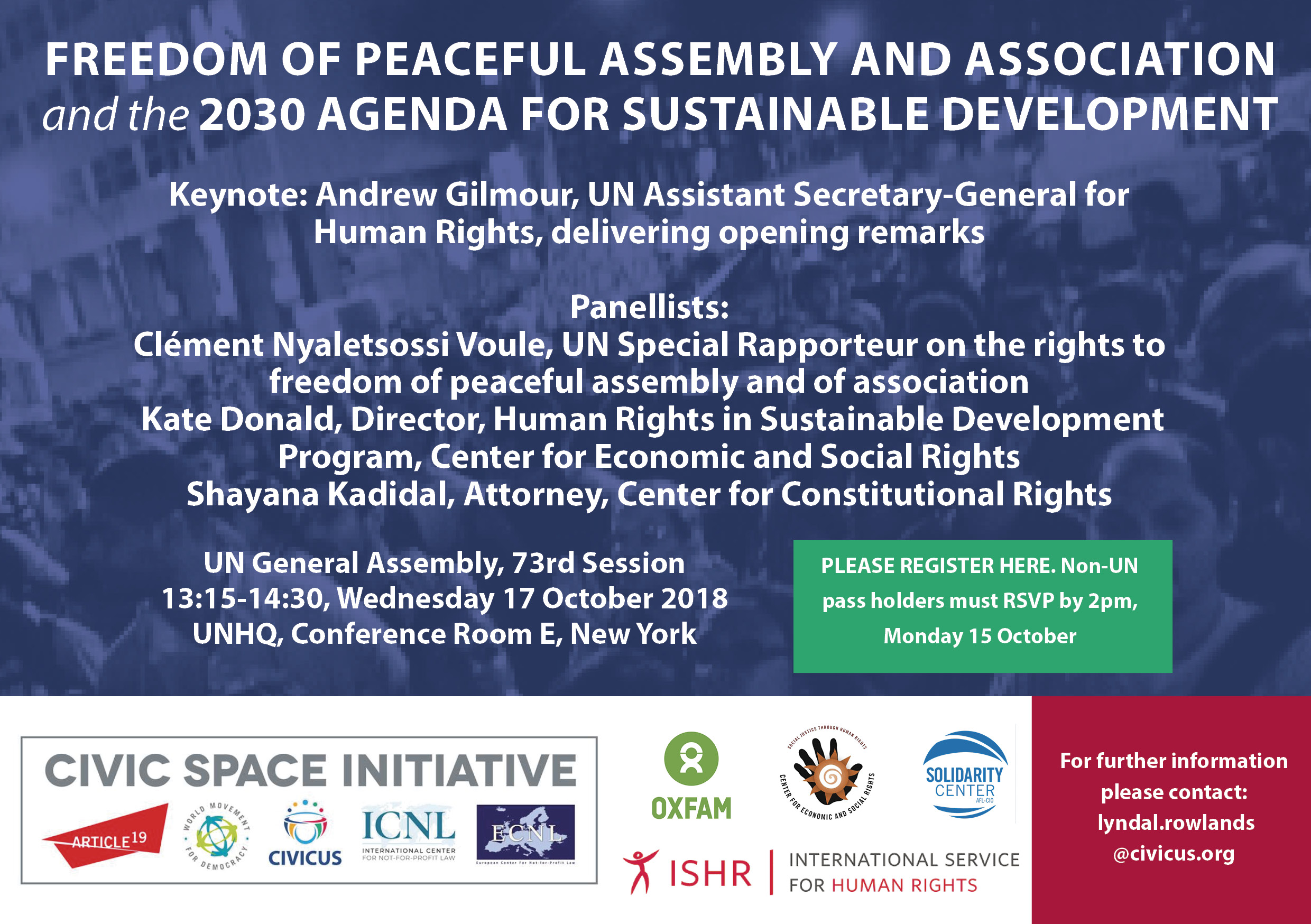 Clément Nyaletsossi Voule, a national from Togo, has been appointed as United Nations Special Rapporteur on the Rights to Freedom of Peaceful Assembly and of Association in March 2018. Prior to his appointment, he led the International Service for Human Rights (ISHR) work to support human rights defenders from States in transition and coordinated the organization’s work in Africa as the Advocacy Director.

Andrew Gilmour of the United Kingdom assumed his functions as Assistant Secretary-General for Human Rights on 1 October 2016, heading OHCHR’s Office in New York. In October 2016, Mr. Gilmour was designated by the Secretary-General as senior official to lead the efforts within the UN system to address intimidation and reprisals against those cooperating with the UN on human rights.

Shayana Kadidal is Senior Managing Attorney of the Guantanamo litigation project at the Center for Constitutional Rights. He is counsel in Energy Transfer Equity, et al, v. Greenpeace, a lawsuit brought by the owners of the Dakota Access Pipeline against a number of environmental groups aiming to recast their support of grassroots activism against the pipeline's construction as criminal conspiracy and terrorism.

Lyndal works in UN advocacy for CIVICUS the global alliance for citizen participation. She is an award-winning journalist and former UN correspondent and has written or conducted research for the Australian Broadcasting Corporation, Al Jazeera, the Diplomat, The Saturday Paper and IPS, where she was UN Bureau Chief.