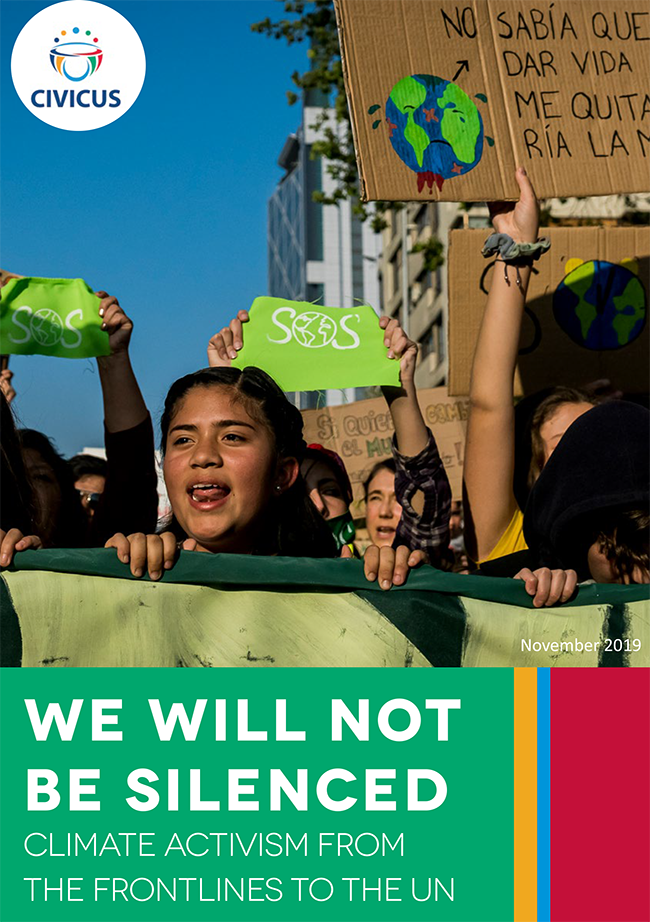 Millions of people have taken to the streets in 2019 calling for an end to climate injustice but on the frontlines of the crisis and at the United Nations brave activists continue to be deliberately silenced.

This new position paper ‘We will not be silenced: Climate activism from the frontlines to the UN’ details how people who speak out for climate justice are threatened and intimidated with violence, repressive laws, frivolous lawsuits and disinformation campaigns. Instead of responding to the demands of the climate movement for a more ambitious and just response to the climate crisis, governments are choosing to smother their voices.

In October, when Chilean civil society called for the government to withdraw the military from the streets before hosting COP 25 the Piñera government instead responded by withdrawing overnight from hosting the pivotal meeting. Chile’s withdrawal reflects a worrying trend after Brazil earlier pulled out from hosting COP 25 and Poland, the host of COP 24, imposed restrictions on public mobilisations and limited the participation of accredited civil society.

Civil society scrutiny and contributions to UN climate talks are vital in a year when millions of people have marched in the streets demanding an end to climate inaction. Recent developments in UN climate talks - including the erasure of the landmark IPCC 1.5 degree report from negotiations - under pressure from states including  Saudi Arabia - show the vital need for the COP 25 to be the first true ‘People’s COP’ - reversing the trends in closing space for civil society from the local to the global level.