NAMIBIA: ‘Protests against gender-based violence were triggered by collective hope’

CIVICUS speaks to Bertha Tobias about the recent protests against femicide and gender-based violence (GBV) in Namibia. Bertha is a youth leader and an international award-winning debater. A graduate of the United World College Changshu China, she is currently pursuing her post-secondary education at Claremont Mckenna College in California. She was the recipient of a Go Make A Difference award, which supports the implementation of community development projects, and has been an active participant in women´s rights protests in Namibia. 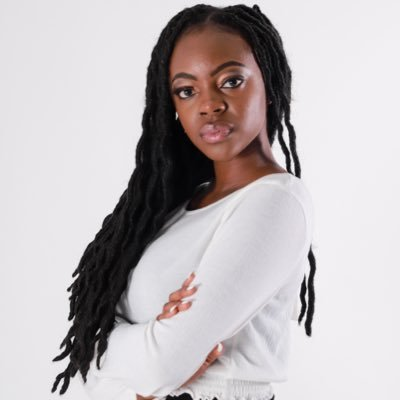 Can you tell us of how the #ShutItAllDown protests against GBV started and how you got involved?

I got involved in the fight against GBV after news emerged that human remains had been discovered in a coastal town in Namibia. The remains were suspected to be those of Shannon Wasserfall, a young woman in her 20s who had gone missing in April 2020. This particular incident set off mass reactions. The release of the headline on the Twitter account of one of the major national news outlets spurred a lot of young people to action, to mobilise and organise ourselves to take to the streets. It injected urgency into the conversation around GBV and femicide in Namibia.

This was not isolated case, as young Namibian women continuously go missing. But when this case emerged, it revived the national conversation. Somebody on Twitter rightfully stated that something needed to happen, something needed to change, and I responded to this and got involved from the beginning because this is something I care about deeply, as I strongly believe that women matter equally and fully.

Together with other young people, we sent out emails, garnered the support we needed, and organised ourselves within less than 24 hours, mostly and primarily through social media. We made a flyer which was circulated widely, and people showed up to the protest. Young people took ownership and that was how it started. This was an example of both the power of the internet and the power of young people.

If I remember correctly, on the first day of the protests, a newspaper reported that slightly over 800 people attended the protest, and all subsequent protests had hundreds of people. Both young women and men were involved: the protests were led predominantly by women, but young men were present in considerable numbers. What is important to note regarding the demographics of the protests is that it was mostly young people. It was young people attending meetings with officials, drafting petitions and speaking to the media. And it was young women who were at the forefront, with young men providing support.

We believe that if young women in Namibia cannot walk to the shops to buy a carton of milk without fearing for their lives, then something is terribly wrong with us as a nation. The philosophy of #ShutItAllDown is quite radical: it means that everything needs to be brought to a standstill until we can re-evaluate what it is about Namibian systems of safety that is not working for Namibian women. Until we have answers to those questions, we do not believe it is right, healthy or in the best interest of anyone to continue doing business as usual. We don’t want economic activity of any sort to continue as usual if young women do not feel safe.

From your perspective, what made #ShutItAllDown different from previous women’s rights protests in Namibia?

There have been other protests for women’s rights in the past. In fact, earlier in 2020 we had a pro-choice protest that focused specifically on women’s sexual and reproductive health rights and advocated for the legalisation of abortion and the recognition of women’s bodily agency and autonomy. Under Namibia’s Abortion and Sterilisation Act of 1975, abortions are illegal except in cases involving incest, rape, or where the mother’s or child’s life is in danger.

There are feminist movements in Namibia that are active and work consistently; however, something practical we had to acknowledge is that a lot of feminist movements are led by young people who also have other obligations, such as full-time jobs. Civil society organisations also face challenges, particularly in terms of resources and institutional support.

The previous protest that took place in early 2020 was significant in paving the way and establishing an important foundation for #ShutItAllDown to have the collective confidence to go forth. Feminist organisers were at hand and were active in amplifying the voice of #ShutItAllDown. They were very present in terms of disseminating information, and they were crucial in mobilising their people to show up to the protests and keep the momentum going. Feminist organisers in Namibia do a lot of work behind the scenes but their work can only get so far because of insufficient resources. Hence, a lot of our petition demands were aimed at government and other institutions that do have the resources that we need to institute the changes that we seek.

The difference between #ShutItAllDown and previous protests is the fact that now the young people of Namibia are becoming increasingly involved in political affairs and are becoming vocal about holding government and other institutions accountable to their mandate and fulfilling their work and obligations towards the citizenry.

Additionally, the movement was able to grow more organically because social media are increasingly being used as a tool to have exchanges and push for accountability. Namibia has a fairly young population with tremendous digital abilities. The flexibility and capacity for self-organisation of young people eventually pushed us all to do something.

What were the demands of the #ShutItAllDown movement? What response did they obtain?

The biggest demand we had for the government of Namibia was the declaration of a state of emergency in respect to femicide and sexual and gender-based violence (SGBV), simply because we believed the problem we are facing warranted this kind of action. We wanted this to be a message that femicide is a national crisis and that beyond the COVID-19 pandemic, women always, every single day, are fearful for their lives. We also demanded an immediate consultation with SGBV experts and for the Ministry of Justice to begin implementing a sexual offenders’ registry and sexual offences courts.

Several demands focused on accelerating existing methods to curb SGBV. New demands were also addressed to various ministries and other stakeholders, such as for 24/7 patrols around neighbourhoods, remote mobile GBV services and the implementation of school and university curricula to sensitise young people on SGBV.

Our petition recognised that there is violence both inside and outside the home. But it is our understanding that curbing violence inside the home is more difficult due to the years and generations of grassroots work that is necessary to undo normalised gendered abuse. We may not be alive to witness the fruits of this effort, simply due to how long it may take to transform a society and its culture, to overturn and collectively interrogate the traditional principles in which abusive norms are rooted.

Unfortunately, we did not obtain the declaration of the state of emergency for which we were hoping. But other demands, such as strengthening security through patrolling, implementing school curricula and establishing task forces or committees to revive efforts to curb SGBV were positively responded to. Another petition demand that was important and received a positive response was training for police officers to be more sympathetic and empathetic when dealing with cases and reports of GBV. We know that the reception that survivors get at police stations and the lack of attention and urgency with which their cases are handled is one of the major reasons why women do not report sexual violence.

Were other relevant issues brought to the forefront as a result of the #ShutItAllDown movement?

Yes, LGBTQI+ advocates and community members were consequential in mobilising people for the protest and amplifying the voices of the #ShutItAllDown movement. For me, it was important to see queer women and other LGBTQI+ individuals navigating a violently homophobic and transphobic society, protesting and highlighting the significance of intersectionality and collective advocacy. Out-Right Namibia, a leading LGBTQI+ human rights organisation in Namibia, used its momentum to propel #ShutItAllDown and create a strong, well-connected network for advocating for our collective rights as Black and/or queer women.

The #ShutItAllDown protests also brought to the forefront the illegality of abortion in Namibia and our reproductive health rights. We intensified our conversations about the issue of reproductive health rights of women in general. These were some of the vital issues that were highlighted by #ShutItAllDown, which made it apparent how much work still needs to be done so that the rights of all women are recognised and respected.

Is there room for intergenerational activism within the #ShutItAllDown movement?

Intergenerational activism has proved to be interesting territory, mostly because of the fiery and passionate nature of young people. A lot of the impact of the activism exhibited in the #ShutItAllDown protests relies on disruption and general inconvenience to spur the most indifferent of people to action. I believe that disruption creates important conversations. Our hope is for our actions to cause somebody who is unfamiliar with what we are doing to start asking themselves why we care so much about the safety of women, so much so that we are sitting in the middle of the road or shutting down a mall, and try to understand what is happening and what it is that we are doing. These questions would start a conversation and fuel important discussions on an urgent national ill in which women are dying.

But many older people tend to question the disruptive tactics used by younger people. And another limitation that we have experienced recognises that disruptive tactics imply personal liability. As young people, we put a lot less at risk in terms of employability and general respectability. Many older people do agree with the causes we are mobilising for, but they generally don’t take the risk of standing side by side with us, or at least not explicitly. There are political and practical factors that limit even the degree to which they can publicly voice their support.

How do you see the future of the #ShutItAllDown movement?

The beauty of organic and spontaneous movements, as well as with movements that do not have a leader, is that anyone can wake up and decide to start #ShutItAllDown in their respective town, because the movement is leaderless and faceless. Right now, there haven’t been any protests since October 2020, but that does not mean that there won’t be any more protests in the future. GBV is an ongoing issue and unfortunately, a case that reignites the protest can surface anywhere, anytime.

CIVICUS speaks to Aparajita Sangita, a Bangladeshi human rights activist and an international...

CIVICUS speaks about the recent right-wing shift in Slovenia with Brankica Petković, a researcher and...