CSW66: ‘Violence against women continues at pandemic levels in the UK as elsewhere’ 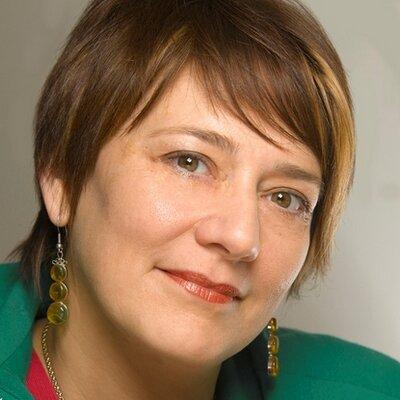 CIVICUS speaks about women’s participation and the United Nations (UN) Commission on the Status of Women (CSW) with Zarin Hainsworth, director of the National Alliance of Women's Organisations (NAWO), a UK civil society network that works for women’s empowerment by advocating for women’s rights at the national and international levels.

What do you see as the main women’s rights issues in the UK, and how does NAWO work to address them?

In the UK there is a lack of an institutional mechanism for the advancement of women’s rights. The Women’s National Commission, which used to be an independent advisory body that represented women and made sure their views were heard by the UK government, was closed by the Conservative government in December 2010.

The Government Equalities Office (GEO), established in 2007, is identified by the government as the institutional mechanism although the Convention on the Elimination of all Forms of Discrimination Against Women (CEDAW) Committee continues to question this. The GEO is a department of government, with employees who are civil servants and all communications must abide by the usual government codes with all reports agreed by ministers. It cannot therefore claim to be independent. Some civil society members have complained that there is a lack of consultation with them and this affects how women are included in the policy-making process. Furthermore, GEO does not have remit in devolved nations, meaning it does not cover Northern Ireland, Scotland or Wales. The CEDAW Committee has raised concerns about the UK not being compliant with the treaty, but the government responded that they are adequately provisioned by the GEO.

The UK Civil Society Women’s Alliance has a good relationship with the GEO, especially in regard to CSW, which we believe to be an example of best practice. However, many would argue that in light of the recommendations of CEDAW and the definition within the Beijing Platform for Action, there is still need for an independent body representing the voice of women and girls to government. NAWO would suggest that it is well placed to be such an organisation.

Violence against women continues at pandemic levels in the UK as elsewhere in the world. Sexism is institutionalised in the police force, but this is still a postcode lottery – how women are treated depends largely on where they live. Rape is still underreported and too few cases get to trial, and adolescent girls are not taught about gender-based violence. NAWO is part of the End Violence Against Women Coalition, which seeks to create awareness of these issues and urge the government to address them. Recently a number of members of Parliament have raised awareness on this issue and the government is keen to state it is in the process of effecting positive change in this regard.

Regarding employment, occupational segregation continues to hinder women from progressing and becoming leaders in their workplaces. Despite efforts to increase the presence of girls in the areas of science, technology, engineering and mathematics (STEM), women still do not occupy equitable work positions because of pre-existing structures put in place to accommodate men rather than women.

Finally, there is evidence that women’s voices are not heard in the health sector and that women are suffering the most when services and budgets are cut. Health education is biased towards the male experience and female indicators of stroke or heart attack are only slowly starting to be taught in medical school. Most drug trials are based on male responses.

NAWO raises awareness of these issues through coalition-building and advocacy work. We also engage government stakeholders to ensure they are aware of these issues and put mechanisms in place to promote women’s equity and rights.

To address these issues at CSW, NAWO has helped establish and worked within the UK Civil Society Women’s Alliance, seeking ways of working with the government to promote equality and ensure that women’s rights are advocated for at CSW. As an organisation, we have understood the need to develop a good relationship with the GEO and we are developing relationships across the government to advance our advocacy work.

What issues did you try to bring to the CSW agenda this year?

We are aware that CSOs are not adequately involved in the decision-making process, and we highlighted a need to involve grassroots organisations in policy formulation stages because they are the ones that truly know what people’s needs are. We wanted to bring to attention the fact that many CSOs are restricted by their national governments and cannot carry out their work effectively. Governments and international bodies must support CSOs and integrate them into policy-making processes.

We have seen COVID-19 affect marginalised women and girls disproportionately, so this is an issue we emphasised at CSW this year. The pandemic revealed pre-existing gender gaps regardless of mechanisms put in place to promote women’s empowerment. Women from marginalised groups did not have access to proper healthcare and their employment chances have severely decreased. Pandemic recovery structures are not working for them because they are being put in place with little to no consultation with them.

We also raised the concern of women’s access to decent work. There is a need to promote the participation of women in the labour force, but this should be done in an inclusive manner and with respect for human dignity. Many women still struggle with sexual harassment at work and there are not enough measures in place to counter this. Women have much lower prospects of advancing at work than their male colleagues. We hope CSW will see the need to help women in the workforce and find sustainable and realistic ways to protect them.

As we have done every year since 2005, we enabled a youth delegation and we are keen to ensure the informed voice of young women is present at CSW.

What were your expectations, and to what degree were they met?

We hosted side events that offered young people a space to talk about the issues they experience and how they affect them. In these side events we were able to discuss how women experience climate change and their views and demands concerning gender equality, sustainable development and women’s empowerment.

We participated virtually and faced some issues concerning broadband and connectivity issues. We believe there were challenges with the online platform and most CSOs had problems accessing it.

Do you think that international bodies, and specifically the UN, adequately integrate women in their decision-making processes?

We believe women are still not adequately integrated in decision-making processes both at the national and global levels. Many plans have been put in place to ensure women are in decision-making positions. These are always good in theory, but their implementation does not necessarily go accordingly. This could be due to lack of commitment and accountability from international bodies. Hopefully as time progresses, we will see real change. But for the time being we believe the UN system needs reforming.