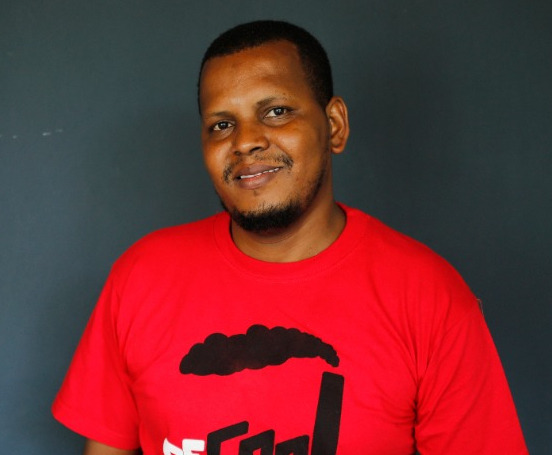 #StopEACOP is a global online campaign that seeks to raise awareness of the effects of the project and calls for its cancellation.

EACOP is a project to extract and transport crude oil from Uganda to Tanzania, led by the China National Offshore Oil Corporation (CNOOC) and French energy conglomerate TotalEnergies alongside the Uganda National Oil Company and Tanzania Petroleum Development Cooperation.

If it goes on, EACOP would have disastrous consequences for local communities, for wildlife and for the entire planet. In other words, it will affect humans, nature and climate. It threatens to displace thousands of families and farmers from their land. It poses significant risks to water resources and wetlands in both Uganda and Tanzania – including the Lake Victoria basin, which over 40 million people rely on for drinking water and food production.

Additionally, EACOP would increase the severity of the global climate emergency by transporting oil that, when burned, will generate over 34 million tonnes of carbon emissions per year. The pipeline would also open up critical ecosystems in the landlocked regions of Central and Eastern Africa to commercial oil exploitation.

It would also rip through numerous sensitive biodiversity hotspots and risk significantly degrading several nature reserves crucial to the preservation of threatened species, including elephants, lions and chimpanzees.

How are you mobilising against EACOP?

Civil society came together under a global campaign that we have called #StopEACOP, aimed at sharing news related to the pipeline project and distributing resources to help people organise and take action against it.

#StopEACOP is led by an alliance of local groups and communities and African and global civil society organisations (CSOs). Over 260 CSOs have endorsed it and are working towards realising the campaign’s objectives through public mobilisation, legal action, research, shareholder activism and media advocacy.

Since environmental licences have been awarded for the pipeline and associated oil fields in Kingfisher and Tilenga, several cases have been filed against the EACOP pipeline, including at the East African Court of Justice and in French courts against TotalEnergies, under the duty of vigilance law.

We hope that our campaign will put enough pressure on the companies and governments involved so that they will put an end to the pipeline project and prioritise the wellbeing of people and the environment.

How have the governments involved responded to the #StopEACOP campaign?

Additionally, TotalEnergies and CNOOC both get tax benefits, including a waiver on payment of corporate tax for 10 years once the pipeline becomes operational and on the value-added tax on imported products and materials needed for the pipeline. They are required to pay only five per cent in withholding tax instead of the required 15 per cent.

We haven’t stopped trying to engage the Tanzanian and Ugandan governments, although some of our members, and especially community partners, have been arrested and detained, had their offices raided or been threatened with the deregistration of their organisations. The government has had a part to play in most if not all these challenges, but we have continued to engage and use all legal mechanisms and processes available to make sure our community partners are protected.

Allied organisations, activists and regular people are welcome to visit our website and click on our action page, which suggests a variety of actions addressed at the companies involved and governments and their funders and insurers. Please take as many of the actions listed as you can, prioritising those targeting insurance companies and banks. This is key because the EACOP project will need multi-billion-dollar loans to proceed, as well as numerous insurance policies covering every component of the project.

People can also donate to the cause. All the resources we receive are shared with our community partners and support any security and legal needs that may arise, including legal representation fees.