CIVICUS speaks about the situation of LGBTQI+ rights in Uganda and the ongoing impacts of the British colonial legacy with Opio Sam Leticia, founder and Executive Director of Queer Youth Uganda (QYU).

QYU is a civil society organisation founded in 2006 that advocates for the rights of young LGBTQI+ people. 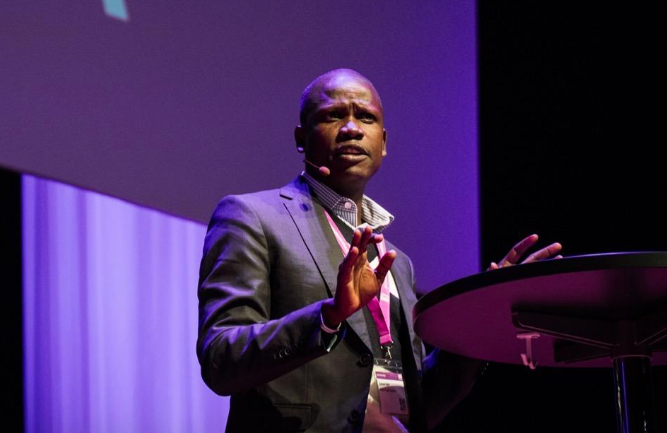 What is the current situation of LGBTQI+ people in Uganda?

The absence of laws that protect LGBTQI+ people makes for a delicate situation in Uganda. The LGBTQI+ community faces discrimination in many aspects. People are still being denied their right to housing in some places because of their sexual orientation and gender identity. They continue to suffer assaults, sexual violence and ‘corrective rape’ as a way of trying to change them into what those perpetrating abuses think is the African way of life, with the LGBTQI+ ‘lifestyle’ still viewed as an imposition of ‘western ideology’. We have had several cases of LGBTQI+ activists who have been evicted by their landlords as a result of their community advocacy work.

Discrimination in workplaces is still rampant: many people who openly identify as LGBTQI+ find it challenging to get employed. The unemployment rate in the LGBTQI+ community is high because there are not enough job opportunities. In addition, some LGBTQI+ people do not have the skills needed for the job market due to their higher school dropout rates. Parents play a significant role in this because when they discover their kids’ sexual orientation they often deny them access to education and even throw them out of their homes.

The breakout of the COVID-19 pandemic revealed the underlying issues that people in the LGBTQI+ community deal with. During the pandemic, several homeless shelters for LGBTQI+ people were raided by the police. As a result, many people were left homeless and others were jailed for three months, sometimes more than once.

Despite the work done to ensure access to health services as a need, there is still discrimination at public health centres meant to provide free healthcare for all people in Uganda. Discrimination in access denies LGBTQI+ people this basic right.

The Ugandan constitution stipulates equality for all people, but every single day there are cases of assault and rights violations of LGBTQI+ people.

The law is used as an instrument to oppress LGBTQI+ people instead of promoting their human rights. Same-sex marriage is illegal and same-sex relations are criminalised with harsh penalties, including life imprisonment under Penal Code Act 145. Despite the existence of mechanisms such as the Uganda Human Rights Commission and the Equal Opportunities Commission, it is clear that the rights of LGBTQI+ people continue to be systematically violated.

The government of Uganda continues to enforce the 1950 Penal Code, which prohibits same-sex relations and threatens to imprison LGBTQI+ activists. Parliament has continued to pass bills against sexual minorities, such as the recent Sexual Offences Bill 2021. The current legislation threatens our work environment and our very existence as an LGBTQI+ organisation in Uganda.

To what do you attribute the recent tightening of legislation criminalising LGBTQI+ people?

Uganda is a highly religious country where traditional cultural beliefs or norms take centre stage. LGBTQI+ people see their basic human rights violated because of deeply embedded cultural and religious beliefs. That is why political advocacy does not have an impact: politicians are quick to play the morality card to please their constituencies and sideline the issues raised by LGBTQI+ organisations.

The government should work to integrate the LGBTQI+ community into Ugandan society, not least because we can play a pivotal role in the country’s economic and social development. We can contribute by paying taxes and creating jobs, among other things.

But instead, the LGBTQI+ community faces hate speech coming from religious, traditional and political leaders who promote homophobia. Far from receiving mass support and recognition from the state and citizens, LGBTQI+ activists and organisations have faced increasing human rights abuses and attacks.

What work does your organisation do?

QYU is an LGBTQI+ youth-led community-based organisation that advocates for the rights of young LGBTQI+ people in rural and peri-urban areas of Uganda. QYU operates in the four regions of Uganda: the Eastern, Southern, Western and Bunyoro Kitara/Albertine regions. We have five key programmes that we run in communities to offer safe spaces and promote the participation of LGBTQI+ people in human development: human rights awareness and advocacy, sexual reproductive health rights and services, emergency housing and accommodation, economic empowerment, and advocacy, alliance building and partnerships.

Through implementing these programmes, we want to create a legal and policy environment where the rights of LGBTQI+ people are upheld and respected. The high numbers of rape cases and arbitrary arrests have pushed us to advocate for equal and inclusive reproductive health rights and access to sexual and reproductive health services and to set up safe spaces at community health centres so that LGBTQI+ people can access healthcare facilities without the trauma of being harassed.

In addition, QYU responds to urgent housing needs of LGBTQI+ people who are victims of social stigma and discrimination from their families and the public. We also mobilise and empower LGBTQI+ people, particularly young people, by providing them with practical skills, knowledge and appropriate information regarding employment and social entrepreneurship and developing their personal and professional skills for the labour market. Through partnership building, advocacy and referral, we work with like-minded organisations to advocate for and advance the rights and freedoms of LGBTQI+ people at both the national and international levels.

But we have faced several challenges that make it difficult to carry out our work. We have continued to suffer office break-ins from unknown individuals, causing fear among our staff members. We also have limited funding, which impacts the scope of our work because we can only do so much with the funds we have.

What should Commonwealth states do to promote LGBTQI+ rights?

Commonwealth states should work together since most have the same codes that criminalise LGBTQI+ people, dating back to the colonial era. So many years later, they are still making daily life miserable for LGBTQI+ people in the countries that are part of the Commonwealth. I think member countries should use the various organs of the Commonwealth to provide a platform for LGBTQI+ voices. Those that have decriminalised same-sex relations should support those fighting toward that goal.

The international community fighting for similar causes should also use their platforms to raise awareness on the kind of struggles we are facing. Their mobilisation will hopefully pressure our governments to create policies that will benefit all members of society regardless of their gender identity or sexual orientation.

Statement at the 50th Session of the UN Human Rights Council  Interactive Dialogue with...